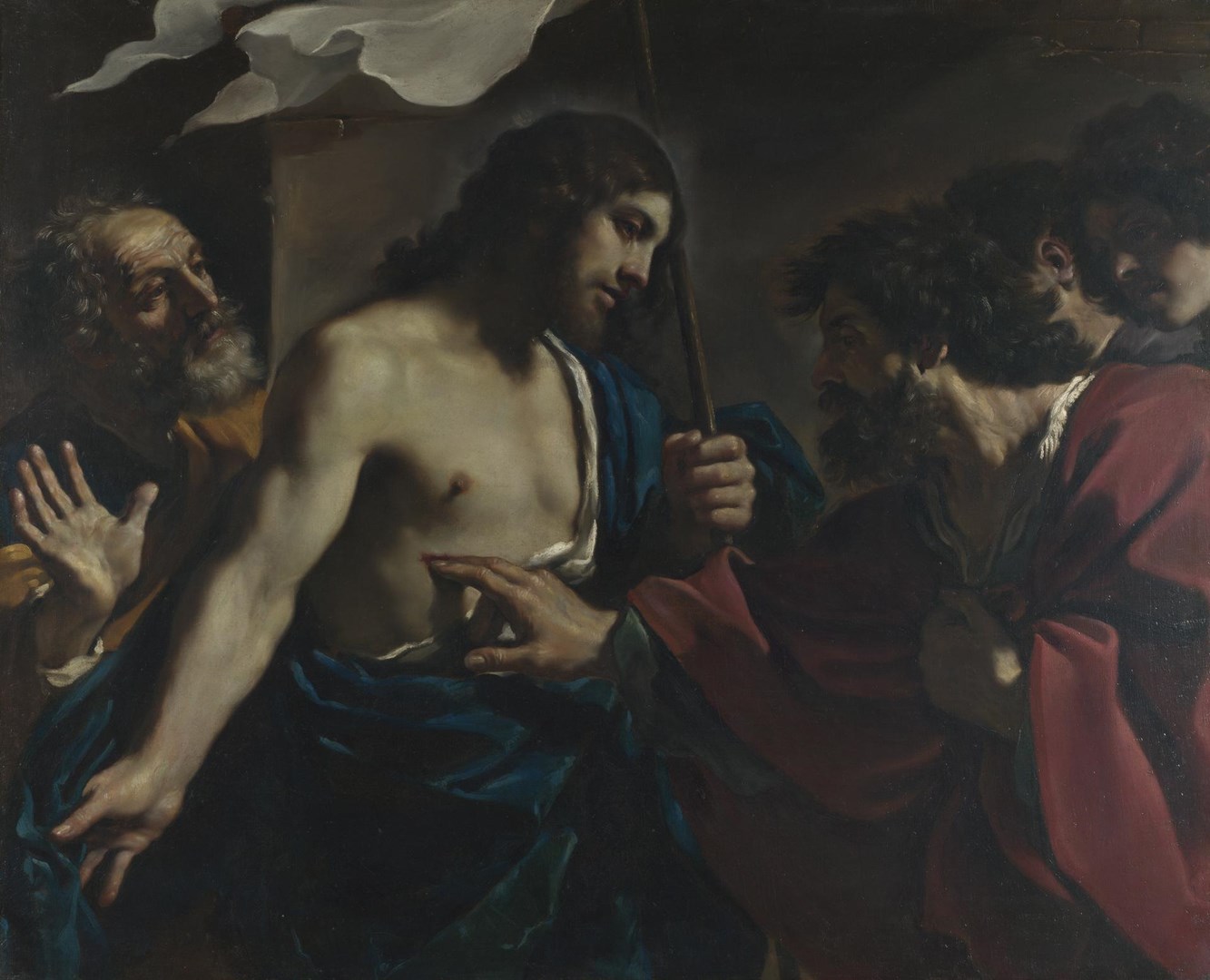 The Incredulity of Saint Thomas, Guercino

I Don’t Need to Know

In the realm of Reason – that domain in which human mentality, or else simply “humanity”, lives, strives, does, thinks, and moves – there can be no absolutes, at least none that can be enduringly affirmed as absolute by all, which is to say, immutable, unchangeable, unassailable, implacable, and otherwise impervious to the decay and unfoldment of time and the implications of finitude. As far as Reason and its aesthetic and linguistic limitations are concerned, to “transcend” beyond Reasons’ empirical dominion – the kind of transcendence by which a man might attain the knowledge of an absolute – is necessarily impossible, for to do so would require the abolishment of the machinations that animate Reason and thus “life” in the first place; abolishment that would render any possible “experience” of the transcendent impossible to apprehend, reflect upon, or effectively “employ” within the domain of Reason.

To “transcend” means, of course, “to ‘experience’ beyond and apart from the senses”; the senses which are the very tools by which the thinking man perceives and thus gives sufficient ground for the possibility of anything. Indeed, “experience” is found, realized, bounded by, and actualized in the senses, thus any “transcendent experience” that might be had by a lone individual is, of course, an impossibility. For what we call “the world” is the totality of the domain of Reason, not merely the world of physical objects but of immaterial ideas and human emotions.

And, if this is true of Reason, then what we nihilists say about the impossibility of transcendent values – or else simply “Values” – is also true, never mind how tried, tested, and “timeless” any particular value might appear through and to the ages of man.

In the domain of Reason, things do not merely have “an aesthetic value”, they are aesthetic values. For, aesthetic values are necessarily “personal” and therefore fouled by the untold bias, desire, and temporality specific to the finite human individual who expresses them.

How then does man come to know the possibility that there might be an alternative or opposing “domain” than that of Reason if the tools and contrivances that man uses to “think” and “experience” anything at all are of no use in such a potential “realm”?

I could, of course, in an attempt to rescue the inconsistencies of my proposed metaphysics from the brink of absurdity and ineffectuality and say “well, only The Spirit of God or whatever force or entity who might hold sway over the non-linguistic ‘domain’ can ‘take control’ so as to shuttle man from Reason to Faith” and so on and so forth but such has already been said by others and better than I could ever communicate.

Perhaps a clue to a potential answer is found in the individual words of this simple admission: I don’t know. “I” as in, that completely arbitrary narrative force who both animates and is created by my “Reasoning” – animation that endures as long as such a force continues to narrate to itself so that it may “know” itself and, by extension, “the world” it perceives and also creates through that perception – must be brought to a place where it relinquishes its knowing, relinquishes its need to know “itself” so that it might, at a minimum, be brought to naught so that some other “possibility” might be given justified grounds to “express itself”. In a man’s “I don’t know” and finally, his “I don’t need to know” can the verities of Faith by the power of Faith begin to make themselves a possibility.

Has not “metaphysics” – as it has been contemplated and speculated since the pre-Socrates – found the grounds of its being in Reason; “Reason” which was over many centuries transmuted by the Greeks (though perhaps not explicitly) from Nous into something akin to a God or at least a “universal Logos” which, though “larger”, “older”, “wiser” or whatever temporal distinction the Greeks may have well-meaningly attributed to it, was really something like a more powerful, generalized, and universal form of the same Reason that could be found in temporal, individual humanity?

That such a god created in our image would be eventually sacrificed – and with it, the metaphysical dimension in which he dwelt – once technological science, which arose concurrently with the Greek notion of “God”, developed to the point of forcing thoughtful humanity into disregarding anything that could not be perceived by man’s empirical faculties as, if not “unreal”, then conceptually “impossible”, was inevitable. “The scientific god” that Aristotle concretized and set thus its becoming and also its death into motion could not be stopped until it, too, having vanquished his immaterial adversary, and thereby destroyed itself – the ramifications of the destruction of Aristotle’s “scientific god” which are being witnessed all around us at present. For, “science” was built on the same metaphysical foundation as metaphysics – both of their realities which were believed to be “beyond” and thus “impervious to the senses” but could yet somehow be apprehended by the senses, if only through clever formula. Now, men don’t “believe” in anything.

No, if there is a metaphysical “reality”, it must be assumed that it and the entity (or entities) that is (are) the ground of its “being” cannot be accessed by Reason, language, or the senses. It must be “wholly other” than anything that man might be capable of aesthetically rendering, for otherwise – in and through Reason – man would render it an idol, a bloodless god made in our image and according to our likeness.

And yet, the “wholly otherness” of Faith and/or metaphysics must also be an actualizable possibility, not one made possible by man but by God, His possibility not dependent on and thus not in any way influenced by the senses.

When a man can conscientiously say “I don’t need to know” even though his Reason endeavors to know (indeed, a paradox), he can safely assume that he has moved beyond the mere boundaries of Faith and into its deeper reaches.

All of this is why I believe that the strength of a thinking man’s metaphysics can be ascertained by his willingness – once he believes he has sufficiently exhausted every easy teleological outcome that might be derived from any one family of interrelated thoughts – to say, “I don’t know.” For “I don’t know” is the essence of metaphysics, or perhaps more clearly “I will never rightly know”.

Only in the exhausted confession of Reason emptied of its every possible purpose and motivating impetus can man begin to speak authentically of “metaphysics”.