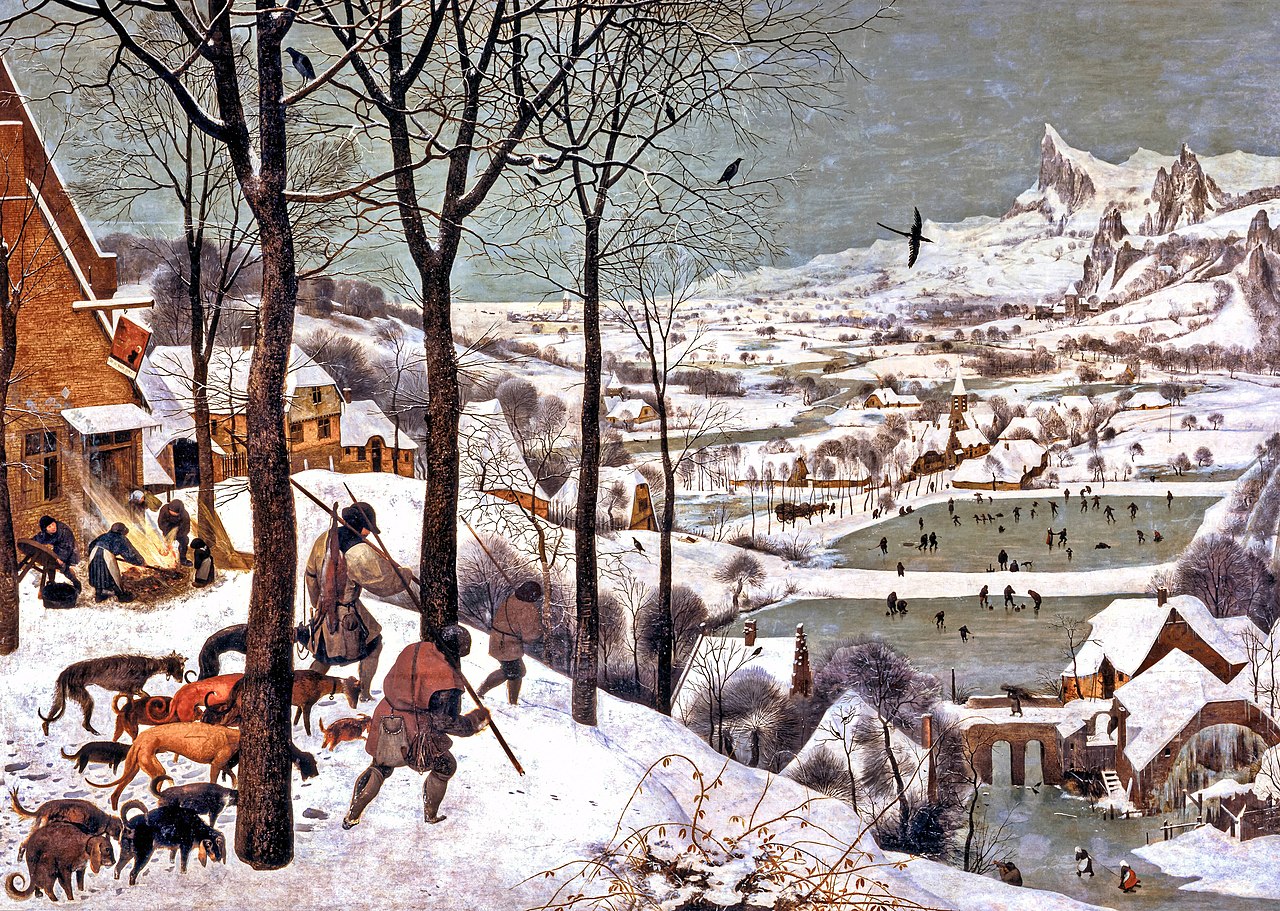 Hunters in the Snow, Pieter Bruegel the Elder

There is, of course, a difference between Absurdity that notions like the virgin birth, incarnation, and resurrection endeavor to provoke in the reasonable mind of man and that of outright Stupidity, the latter which is the common man’s predominant psychological state which he so glibly demonstrates whenever he accepts the paradoxes of the Gospel without hesitation or the necessary subjective resistance by which all things are made holy through the spilled blood of mental and spiritual battle. Indeed, the common man’s easy acceptance of the weightiness of the Gospel which, to the thinking world of whom the confessors of the Gospel are to minister and bear witness, brings nothing but shame and disrepute to the body of Christ. For such naïve believers fail to treat the Paradox of the Gospel as a Paradox by which the mind of Reason – that linguistic paradigm to which the entire world is enslaved – must be willingly sacrificed so that it might be “accepted” in the first place. In this case, the Stupidity of the common sensibility leads thinking men not to the offense of the Cross but the offense of these naive, dim, and dull simpletons who proclaimed the Paradox in the first place.

The more a man excavates and aesthetically colonizes his domain of Reason and seeks to extend the boundaries of “what-is” further into what was previously the domain of “what-is not” does he also intensify the potentiality and eventuality of Faith through his unavoidable confrontation with the truth of Reason’s nihilistic terminus.

Only by extinguishing, to the furthest extent that might be accomplishable, the possibilities of Reason – work that (as stated ad nauseam elsewhere) will only lead the thinker to Nihilism at every turn – can such a one “willingly” surrender his Reason before the Truth of Nihilism and by so doing make himself vulnerable to the will of the Spirit of God who alone has the power to ferry a man through Nihilism and into the unknowable riches of the absurdities of Faith.

The man who has not extinguished the possibilities of Reason and therefore not confronted Nihilism on its own terms – though he may indeed be a “believer” redeemed by God – lacks a certain authenticity that can only come when a man acknowledges his aesthetic impotency before the truth of Reason’s Nihilism, that same impotency by which all men are afflicted though most are unwilling to confess. That the “thinking believer”, by being a “thinking believer” has confessed his inadequacies to himself and also to others and yet still continues to think and confess at all demonstrates to the world of Reason perhaps the most compelling case for the power of the Gospel of Christ and is, indeed, to that world devoid of miracles, the most poignant “sign and wonder” that the reasonable mind could ever witness in the flesh and blood of the body.

Authenticity says: “I have tried my best and failed – and will do so every time. And yet I will keep trying.”

While the authentic, thinking-believer might truly be the most effective witness to the world of unrepentant Reason, I suppose such ones will be little more than worthless babblers to those who already compose the body of Christ, save for those odd sorts who continue to likewise continually doubt and wrestle with the Absurdities that the Gospel of Christ lays daily before every believers’ feet.

The mature life of Faith is that which realizes little, if any, differentiation between prayer, petition, prophetic utterance, praise, worship, communion, and communication with God and those things which might be considered the “secular” habituations of man.