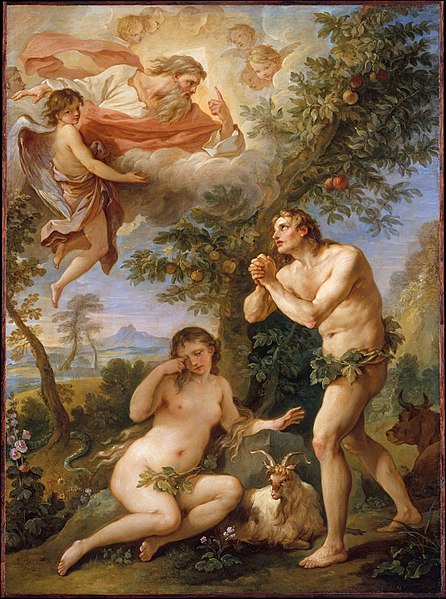 The Rebuke of Adam and Eve, Charles-Joseph Natoire

All wisdom begins with either a belief in the effective power of the Spirit of God and His actualizing work in the life of humanity or not. Without a belief in Him, and indeed an unconscious surrender to and reliance upon Him alone whom – for lack of more adequate epistemological tools with which to name Him properly, induce me to call Him “Him” – one cannot believe in God at all, not His Christ, His Word, His Truth or the continuity of His oft-incoherent Song sung to, in, through and about “us”: Man His beloved. Without His Spirit, one cannot approach even the nearest borders of Faith, nor confront Nihilism with the necessary tools to be able to properly conduct oneself in such a cataclysmic confrontation; Nihilism which looms always at the end of Reason – and language.

Bereft of Spirit, God’s Word is not only foolish but deleterious to the assumed progress of humanity whose destiny seems intent on colonizing the cosmos or at least the entirety of some particular dimension of mind; that destiny which, more than anything, seems spurred by two principal forces: fear and boredom; fear of a cataclysmic end to our world, and boredom with the body of man due to all its frailties and limitations; the body’s dismantlement which appears to be the whole point and purpose of technological science; such dismantlement which, paradoxically, would undermine the strictures of time itself and by it, demand the complete and utter overthrow of life, nature, the earth, stars, thought, and so on. Indeed, technological science, just as the domain of Reason in which it operates, will – if given enough time – eventually realize the self-negation and self-immolation that it everywhere seeks.

With Spirit – however foolish it may be to believe in and on Him – the basis for all things might be established on at least something resembling a balanced paradigmatic foundation by which we might, by Him and through Him, launch from the dusty shores or our perceived humanity to worlds truly deserving the exploration of the heart and mind of man.

In pre-conscious times, which is to say, in those inconceivable eons before the Great Unknowable I was spoken in and through the vessel “man”, inasmuch as there was in these times no man, nay, not even a concept of him or a psychological tool to conceive of “him” in the first place, a time when there was no “man”, nor “thing”, “idea”, “ideal”, “world”, “nature”, “cosmos”, only perhaps “Gods” or maybe just “God”, the Gods would “visit” man in his distress and psycho-emotional need which, to man’s “preconscious sensibility”, perennially dependent as it was on the action of the Gods, needn’t be comparatively stressful nor traumatic to warrant such divine intervention. This intervention supplied man’s “manhood” with the solution of what he should do. And do it he would, immediately, without thinking (for he could not), without deliberation (for he could not), inasmuch as “to think” and “to hesitate” both require something resembling “a will” to be actualized in the first place which, at that stage of humanity, he was still incapable.

In colloquial terms, one might call this the “collective humanity” of our pre-conscious past, or, in other words, our “Adam” and his unthinking, objectless world “Eden”, a paradise without difficulty and without work, a limitless rest from which man was eventually cast out when at last he birthed “a thought” of “his own” and with it a will to do and act as he alone saw fit; that first thought which irrevocably broke his continuity with his surrounds, with others, and with God, all of which – before then – was indistinguishable from “himself”. We might deem this first thought, this first act of will, truly foreign to man’s “experience” until that point (had he the capacity for experience prior to that moment at all) the so-called “birth of consciousness”, a development so profound, far-reaching, and irreversible that its emergence rendered it impossible for man to remain in said garden with said God in good faith and a clear conscience.

Yet today we still inhabit this body. As such, though the threshold of our salvation is considerably higher, requiring far more stress to elicit a divine response than had been the case in the distant past, “the gods” nevertheless do indeed still visit man in times of distress to instruct us what to do. But now, having surfeited the unmitigated sovereignty of God we once enjoyed, we cannot keep from relegating His voice and its divine supplies to mere “insights” and “epiphanies” which, however profound, have been shorn of their sacral, universal character (not, of course, that the divine instruction is no longer sacred but that we are no longer sacred). Because our innate ability to conceive anything “by ourselves” obliterates any potential for Objective Sovereignty over our lives, universal sacredness (inasmuch as sacredness is also a shared, collective sentiment) is completely undermined and given no other choice but to flee irrevocably from the world. This ongoing process of de-sacralization has taken nearly four thousand years to complete but appears to be in its final stage thanks in large part to the so-called progress of technological science.

Further, it is not without a supreme sense of irony that, just as those who were entrusted with humanity’s leadership in the preconscious past – those being certain “individuals” who heard the voice of the gods most clearly and received their aid most explicitly and through such clarity “instructed” and “led” others – were the first to alienate the relationship when the cracks between man and the divine began to show; these individuals who have always appeared to be the “smartest” and most “insightful” among us, they who – exercising a particularly strong cognitive, conscious facility (a stand-in for the old communicative channel with God) are those least likely to attribute any sense of divinity to their insights and are by this token the least sacral-minded individuals alive today; they who – forever entrusted with the leadership of humanity unto the present, despite their “profane” condition – can do nothing but continually steer man away from God, the “realm of Faith” and by it, man’s “natural” abode that had been our home from the limitless ages that must have surely “housed” man before “the fall”. 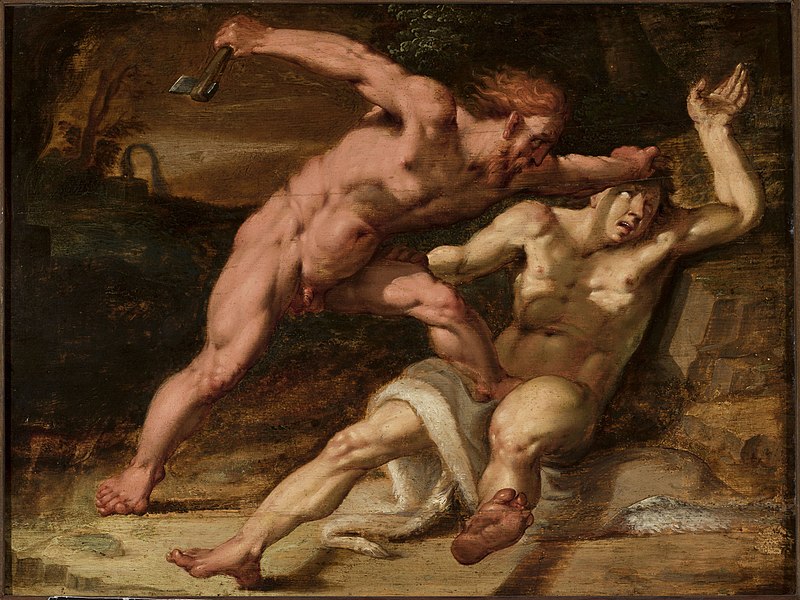