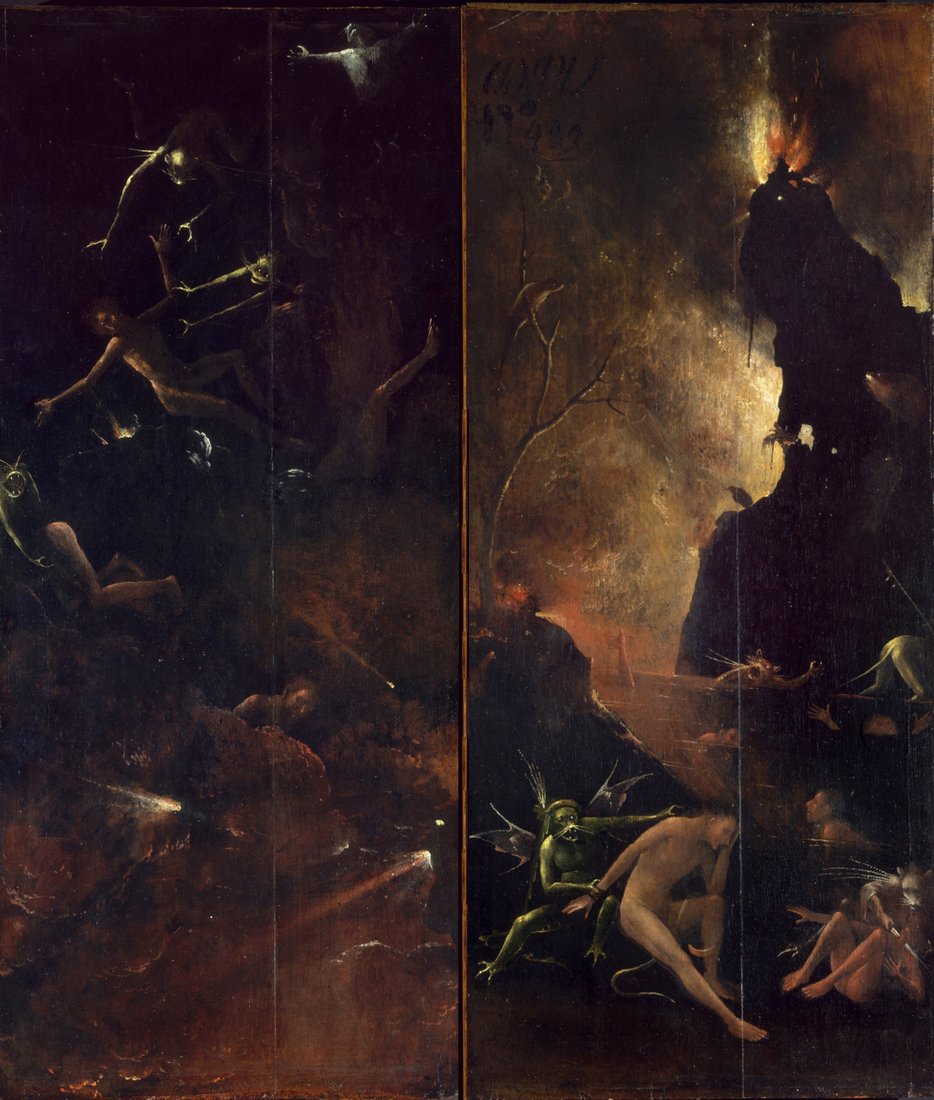 Consciousness, if nothing else, is the skin of man, the metaphorical “clothing” he wears to insulate the permeable luminosity of his body that would otherwise be everywhere evident if not for the stain of sin; man’s “skin” which protects and mitigates his senses from the prolonged exposure to the emotional brutality that his divorce from God and the realization of the unavoidable loss of his sovereignty that arose when consciousness first awoke in him. Stopping not at mere clothes and fashion, as man’s psychological outward appearance developed through time, it hardened to armor and eventually, weaponry. And what was initially a weapon of defense, requiring a certain task to justify its existence, in time began to project itself outward in search of foes to vanquish (whether real or imagined) until, having vanquished every perceived “threat” to its survival and perpetuation, finally turn against the man’s own values until they and he too are vanquished along with his weapons, armor, clothes, consciousness, and the rest.

This hardening is, of course, not solely consigned to an individual man but the societies and civilizations in which men collectively live. A civilization’s psychological “skin, therefore, follows a similar pattern to those of a man, the end of which is the self-sabotage and eventual self-destruction of the mores and values that gave birth to the society, followed shortly by its cultural and material collapse.

The degree to which a man, in a clear and consistent enough conscience, can extend a certain degree of grace to himself and thus hold himself in not too harsh or condemnatory contempt because of his fears, his apprehensions, failures, hesitations, impotences, and sins – both past, present, and those yet to be committed – is commensurate to the degree that such a man believes himself truly redeemed, re-formed and re-constituted according to the mind and image of Christ.

For if we have died with Him and been buried with Him, we have also been resurrected with Him and now stand with Him and in Him at the right hand of the Father who, loving Himself without condition, judgment, or reserve, sees only Himself in us and we in Him.

This understanding, this “apocalypse” of Christ, incomprehensible to the carnal mind of man principally because of its good news and His, can solely be attributed to the work of the Spirit of God in the man who has been called by His irresistible grace whose intent in us and through us and for us is likewise irresistible and unalterable save for some gross, ill-conceived sin of blasphemy which, if my life proves anything, is impossible in an ultimate and absolute sense for those who have been truly chosen.

For God, as the totality of what-is and also what-is-not, can in no way deny that totality, just as He cannot deny Himself. (If He was to deny that totality by turning His back on it in any way, such totality would, of course, “immediately” cease. But, insofar as God can be reckoned to “dwell” outside of and independent to time, if He had or ever “planned to” turn His back, said totality would no longer be, nor would it have ever been in the first place.)

One might call this self-extending grace “rest”, the “rest of God” if you will, that which, again, impossible as it is for the unredeemed mind to grasp, often requires untold years of desert wanderings for a man to finally buckle and surrender thereto, not in terror or autonomic obedience but in sublime gratitude for the goodness of God who knows, of course, the end from the beginning; His goodness which is eternally and perpetually demonstrated through His patience, forbearance, and long-suffering to both sinner and saint; His goodness which is far more terrifying and awe-inspiring than His wrath, able as it is to bring the most grotesque and overbearing spirits to loving heel, such as has been the spirit of this writer for many a year.

If the “fires of hell” can be said to be anything, they must surely be the terrible revelation that “yes, He (as in God) is that good, nay! better than we could ever conceive or imagine”; the fires that torment and bring continually the dreadful knowledge of unredeemed sin to the one which is the fire same that warms and comforts the other in the reassurance of love.

Obedience through fear, intimidation, and coercion, indispensable as such sentiments might be to the immature of faith, as one matures in Christ, does little but breed animosity, distrust, and unrelinquishable enmity between man and God; enmity which dooms the blessed relationship to the lifelessness of mere duty, responsibility, and obligation, lest such things be washed by the holy sands of the Negev. Obedience to God, however, as the irrepressible, irresistible response to His goodness, longsuffering, and love breeds tractability without effort or rebellion, and response without hesitation, and by so doing returns man to his ancestral “home” in the fullness of His sovereignty where the shadow line between man and divinity – and by it, the sacred and profane – is so impossibly thin as to almost be imperceptible. 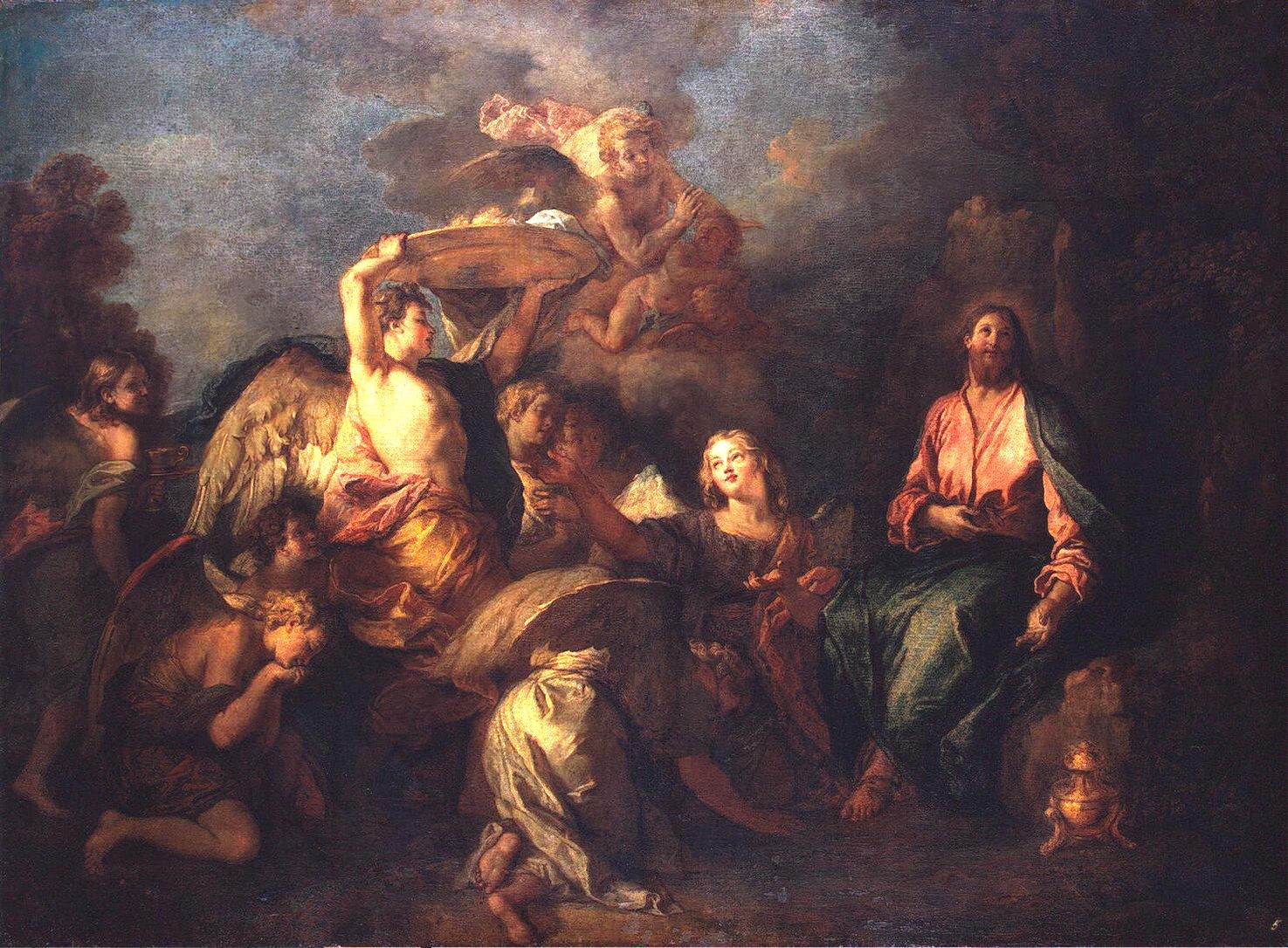