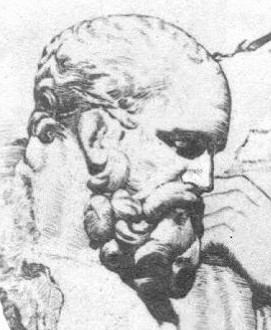 A man will inevitably create for himself the god he wants, the god he can stomach, a palatable god he can “handle”, grasp, hold, fondle, fornicate, and even supposedly commune with – whether in body or mind – but only on his own terms and safely within his own predefined limits, all of which have nothing to do with the actual God whom his idol is intended to portray.

Man’s greatest fault and most glaring weakness is that he can little keep himself from mistaking the apparent attributes of God and the residue of the train of His rob as God Himself and not mere shadow, smoke, and reflection.

God is not at all “true” but Truth; the former the hind parts, the cloud, the flame, the senses, the apprehensible, the reducible; the latter the entirety of the objective unity as it is and will eternally be; Truth which is inaccessible in its totality to finite man as he is and always will be without divine intervention.

In terms of literary style, all “poorly conceived” and thus imminently forgettable stories start from “the beginning”. Indeed, it is an insult to the reader, the writer’s own psychological unfoldment, as well as the standards of storytelling – ancient as the practice is – to default to “a long time ago” or something about the weather, or time of day, or how the protagonist was feeling at that particular moment the story was purported to have commenced. That we are all universally revulsed when we encounter this contrivance in stories reveals that there must, indeed, be some fixed, unchanging aesthetic standards that exist and have existed beyond the subjectifications of man. (That the Holy Writ begins in such a way and is yet still living, active, and its truths universally applicable irrespective of time and space, says, at least to me, that the Bible is no “mere” story, no “simple” work of literary genius but indeed something wholly other, foreign, and set apart from every “story” that has ever been contrived by the mind and pen of man.)

As finite beings, our epistemological field of vision is naturally limited according to the perceptive sensitivity of our senses. How then can we ever claim to know the height, breadth, and depth of God who is the Infinite whom we cannot sensually encompass?

At the same time, that we can even feebly “conceive”- at least in metaphoricalized theory – that there “may” exist the possibility of boundlessness and, moreover, that the boundlessness can reduce the inconceivable expanse of its vision to take notice of a lone particular reveals, to my eyes, that there is perhaps an eternal or unbreakable continuity or mutuality that both the Object and the Subject share with their necessary Other, a heretical if not blasphemous view which says that in order for the finite to “know” or “express” itself as finite, limited, bounded, and mortal it must be backdropped and cast into sufficient relief by that which is everything it is not, namely, boundless, ageless, timeless, spaceless, unlimited, all powerful, the same as the Object – so that it might likewise “express itself” or be “known” as timeless, spaceless, eternal, and so on must be likewise juxtaposed, if even possible, alongside those “things” it is not, namely, weak, finite, stupid, reckless, and condemned to die.

That Nietzsche – I believe correctly – proclaimed that “God is dead” simply proves that the god he was referring to – presumably, the “European god” – was not “God” at all but a millennia-long contrivance devised by the preceding eighteen centuries of thinkers who, it might be guessed, created this god so as to justify their already entrenched beliefs (perhaps those, as Socrates mused, which are inborn in man from the womb); thinkers who doubtless believed because they wanted to believe or in some cases had no other choice but to believe in this god based upon the prevailing conditions of the times in which they penned the words.

So that there might be “knowledge” at all and thus “experience” – to say nothing of “things” in general – the mutual dependence between man and God, between the finite and infinite, must exist and with it, the possibility of man’s superimposition as divine and also God’s reducibility to matter and man, to “a Man” as it were, the feasibility of that dependency which immediately breaks down “in theory” the moment the Object subjectifies itself and the Subject attempts to objectify itself. Such actions, outside the omnipotent power of Deity, are, of course, utterly impossible, whether in theory or practice.