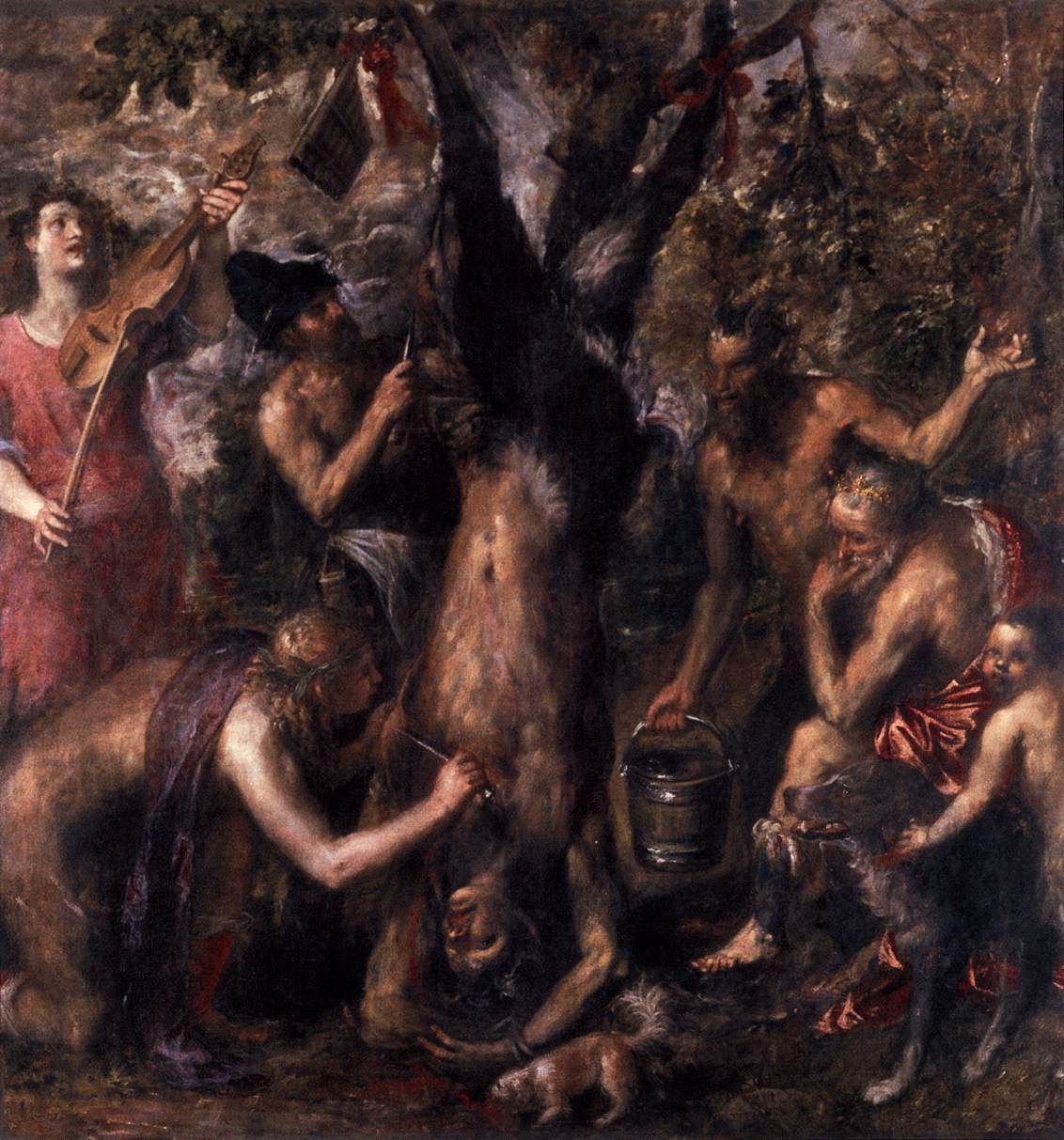 The Flaying of Marsyas, Titian

In an age of abundance such as our own, that which continues to exacerbate the already-engrossed expansion of seemingly every area of communal life and private, external action and internal reflection, nothing can be truly vital; vitality which requires for its animation a tragic appreciation of life which, though we wish it were not so, is the only sensibility that imbues man with the power to bless his own existence with its most transcendent potentiality.

Absent of such sensibility, modern man cannot help but bumble through the everyday catastrophe of abundance like a perpetual drunkard, having always at arm’s length a ready glass of delusion to slake his ever-present fear of death and decline; Death whom he, in fact, dishonors by his own willful neglect and apparent innocence thereto and with; Death which – in order to be prevented from influencing a man too unreasonably – must each day be acknowledged in at least some small measure by allowing oneself to feel the pain of alienation inherent to the subjective experience of bodily life; Life, too, which is most properly hallowed through the respect and fear paid to its opposite; Life which cannot even be obliquely understood without an emotional investment in the imminence of its end.

More vital and productive work can be accomplished in twenty minutes of an irrational ontological state than an entire day spent in an emotionless, feelingless, obligatory soundness of mind, the standardized sort which is applied when one thoughtlessly accepts the external concerns that society mandates one ought to have or should, those which are always reinforced by the expectations of one’s most significant other(s).

Given the productive output usually associated with irrationality – that which is sometimes mistaken for mania or “creative genius” – it would thus make “reasonable” sense to direct a disproportionate amount of one’s time and effort towards pursuing, if not outright inducing, those conditions that might allow for the enthusiasm and self-possession of what in time’s past would have been mistaken for a god, or at least an incomprehensible force gifted from nature’s own bosom.

What a conundrum the sentiments we’re forced to hold against ourselves: here, when a man thinks lowly and self-deprecatingly of his spiritual stature we encourage him to his inherent divinity and worth, while there, when he actually does confess his hidden godliness, we condemn him for his pride, arrogance and outright stupidity.

Such is the ceaseless ontologic struggle a man perpetually finds himself, that which sees him raise in a single breath the tenor of his emotional heights above the peaks of Olympus, and in the next exhalation his tragic plummet to darkest earth: man an endless reiteration of the angels’ rebellion against God and their subsequent banishment from the glories of His presence.

Artistic achievement, therefore, is the manifestation of the degree one perceives, apprehends and thereafter actualizes one’s own omnipotence on the one hand, and his loathsome animality on the other.

Man who is this contrast, this degree, this art.

It begins with a complete sentence if we’re lucky, but often only a phrase, five words, three, maybe two. No matter its incompleteness, if it feels right it must be written down and then repeated again and again either silently or aloud so that through the writer’s quiet incantation an idea’s varied forks may be revealed to his ever-pensive feet, to include even the stone-tombed sword with which he may hack away with utmost ferocity the brush and bramble that always blocks the way to any worthy mental end; that End which, in my case anyway, seems to require a certain number of semi-colons and dashes, a litany of commas and the usual colon: each syntactic element working tirelessly for that blessed culmination which always seems a few extenuating words out of linguistic reach.

Often when the end does come, having so exhausted the standardized protocols of grammar and diction my inherited tongue, I find myself mired in the same obscure and ambiguous state in which I started, requiring yet again more words, more incantations, swords, more “no’s” and “yes’s”, more maybes, probablies, not reallies, perhapses.

Does it make sense given where we’ve started? Does it matter? Does it need to?

Knowing full well I’ll never escape the ever-thickening wood, my only solace is found in the height and gentle swaying of all these ancient trees. 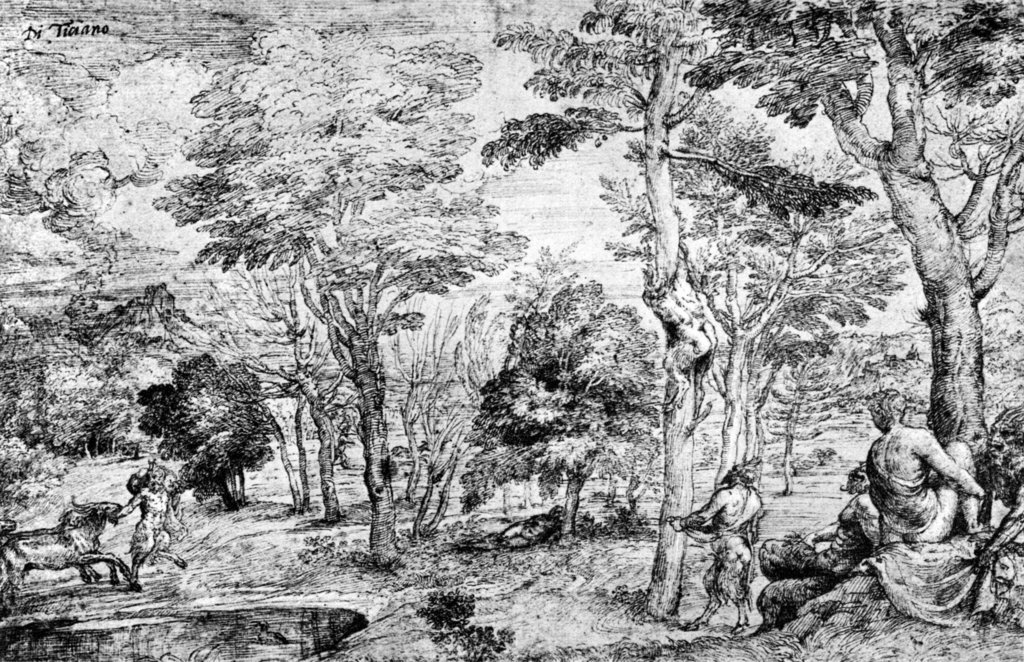