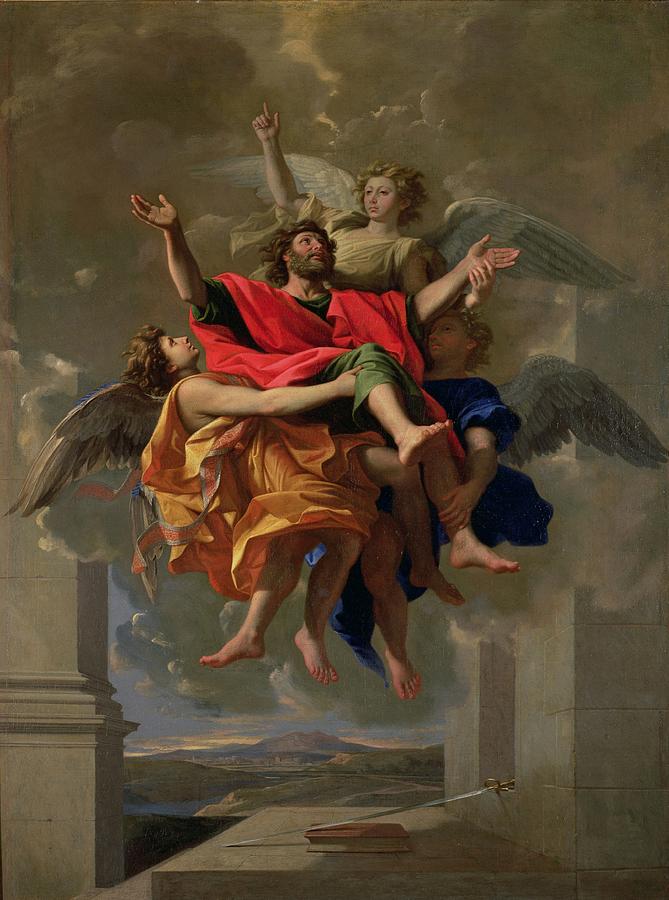 “True” faith, which can here be equated with a “mature” faith or simply, “faith”, is that which can only be birthed when Reason or else “the totality of one’s reasonable, rational facilities” have completely exhausted themselves with themselves and have yet come up short in their day of reckoning with Nihilism, with “nothingness and only nothingness”; Nihilism – that unavoidable answer to all serious inquiry into the question “Why?”. For if it is “Truth” which Reason ultimately seeks and will not rest until it believes it has found it and will not long suffer anything it believes to be “false” or, else, “not be” (“falsity” which is, of course, all that might or might not “exist” beyond Reason’s ability to apprehend it), then the sole destination of Reason’s innumerable roads will always be the same: the black, yawning void of Nihilism through which Reason will not merely be relegated to a lesser status and function but will be as untenable and even counterproductive as Faith is in Reason’s domain.

For what business does “the assurance of things hoped for” and “the conviction of things not seen” have within a paradigmatic framework that endeavors to – and because it endeavors also will – ultimately see, observe, record, dissect, and organize every potential possibility within its own framework and also reject – before the notion can even be birthed – any”thing” that might not be perceivable, recordable, dissectible, and collatable to and by the senses? At the same time, what use has the perceiving and organizing functionalities of Reason in the wordless, unperceivable, and unorganizable dominion of Faith?

For it was not through Faith that conscious self-narratization was born in man and with it, the discovery of his “manhood” (here equated with “adulthood”), but through the emergence of his Reason, his psychological bifurcation, his soundness, sobriety, rationality, experience, and level-headed judgement, all which came into being when he put away the “childish things” in becoming a man; those same “childish things” to which a man is forced to return when at last he encounters the frontier of Reason and must say to himself “I do not know”; that frontier which he cannot cross as a man but only a child, the transformation of which, perhaps paradoxically, is a little less daunting if one has – by way of his own mental, intellectual, and creative development – exhausted his Reason by broadening Reason’s frontier with Faith to the furthest possible extent, and not merely broadened, but also claimed and actively colonized and even civilized via the efforts of his mind, will, and pen that which was formerly hinterland, scrubland, heathland, desert, forest, savannah. Absent this colonization and subsequent exhaustion, a man will be plagued by the lingering notion that says, “alas, there must be something that has transcendent meaning out there, surely”. Harboring such a notion, unfortunately, will make it impossible for him to confront Nihilism in a way that he might “prevail” in the conflict, the most “fortuitous” outcome which, to Reason, resembles Reason’s death, or else, Its surrender to Nihilism’s unavoidability.

For, if nothing else, doubt and skepticism toward even Nihilism itself will prevent Reason from its salvific surrender insofar as such sentiments invigorate man with the gift of malicious purpose, and also enlivening hope: maliciousness against the past in general and the work of his ancestors, against his father and Father, and against the long-enduring work of his civilization; maliciousness which also fills a man with the”hope” that Nihilism might not be the inevitable answer to everything. If only he does more, conquers more, writes more, reads more, attains more degrees, appropriates more followers, initiates more neophytes, makes more money, has more epiphanies, ecstasies, orgies – then and in those might one find the ultimate response to Nihilism’s meaningless. So powerful, longsuffering, and enduring is malicious hope (which typically takes the form of Doubt toward Nihilism) that it can “invigorate” a man his whole life by supplying him with its own “why” well into old age, at which point the elder will hardly have the necessary awareness or willingness of spirit to become like a child so as to pass through Nihilism in the embarrassed, ashamed, and defeated posture that such a defeat in every case warrants. For the doubt of Nihilism and the colonizing, civilizing work of the mind of man have, in reflection of a long life of “fruitful” experience, fulfilled the old man’s “why”, that which, it can only be assumed, can be reduced “to doubt and question”, like Socrates, for “the sake of doubting and questioning” — doubt but to never arrive, question but to never answer, never accomplish, never fulfill, never “consummate” the ultimate journey of the mind, thoughts, and ideas which, given this line of thinking, always and inevitably result in thinking’s annihilation and by it, faith’s “actualization”.

Faith is the end of Thought.

Such is why the “thinking man” will never come to Faith as long as he “thinks” and naively believes that the outcome of his thoughts will ultimately grant him a sufficient answer to his “Why?”. No, man must approach the boundary of thought where Nihilism dwells and be prepared to lose that fight which in every case will see a man embrace Nihilism’s claim that “indeed, all things in and of the reasonable mind are utterly valueless, hollow, and bereft of a central organizing purpose” (or at least one which Reason can perceive). For in Reason – to include all it might entail – no”thing” is exempt from Nihilism’s far-reaching and inescapable grasp.

None of this, it must be said, applies, in a certain sense, to the Common Man. For he is himself Absurd and an Offense and can thus more easily lapse into the unthinking, unreasoning, childlikeness (or in his case, “childishness”) which is his psychological, paradigmatic abode, no matter if his commonness is expressed within a so-called “community of believers” or in the secular world at large. Whatever side the common man falls, such a one should never be expected to advance either the kingdom of Reason or the manifest work of Unreason to any significant degree. Neither is he capable of such nor would he even want to.