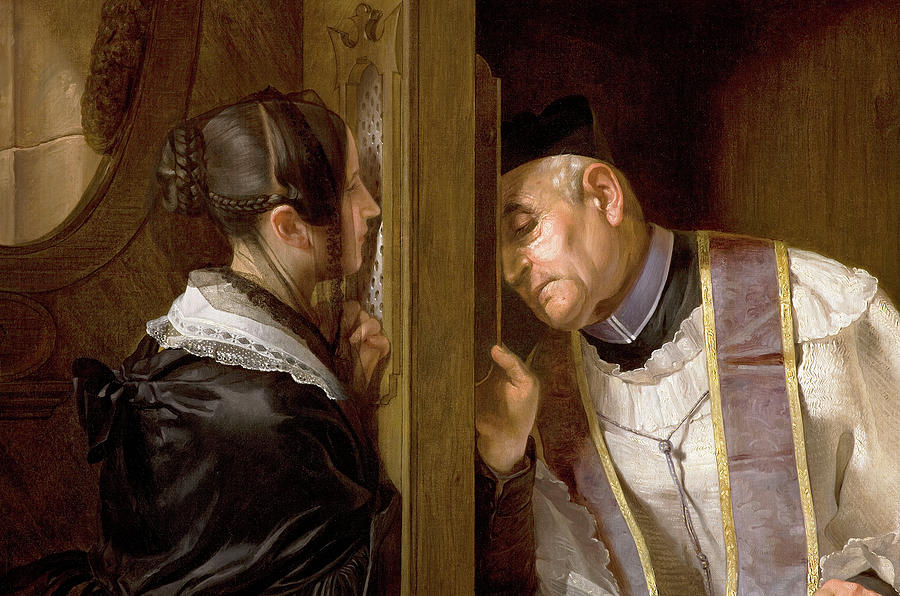 I am convinced that no work of my hands or mind or heart will outlast even my own life – insignificant and brief as such a life is and most certainly will continue to be – but only the work of the Spirit moving and breathing and working within me will endure, even to the end of the age and, quite possibly, beyond. Of that, “I” have no doubt; this “I” who, of course, is not the same as the protagonist who assumes the central role in my own personal, ongoing self-narrative but the other “I”, the “Great Unknowable” one who, yes, intermittently alights even “me”.

No space, no height, no depth, no cause, no angel, spell, curse, principality, or paradigm can separate revelation from confession. Indeed, to be the recipient of revelation is to be a confessor of revelation, and to confess is to be revealed. They are one in the same phenomena, neither occurring before nor being primordial to the other. The same could be said of the earliest notions of “hear” and “obey”. For, in man’s preconscious unawareness these concepts had, likewise, no distinction. Before man thought, that which he heard he did, and what he did he heard. Do not the etymologies of our earliest words for these concepts in many a dead and forgotten language attest to this archaic inseparability? Man’s overarching mentality and the teleological structuring that underpins that mentality and thus enables man to express himself through thought and action has, therefore, little changed in the four or five millennia since man first became aware of himself and developed his own personal “I”. Truly, only our “understanding ” and “interpretation” of such terms have changed.

Before man became subjective and self-aware, before he created or had created for him an “interior” mentality within which the created or supplied “I” could move about through aesthetic space and time, “Faith”, as an actualized potentiality, had not yet been born.

In order for the domain of Faith to come into actualized being, so too had the “domain of Reason” to come into its own, the awareness of the two which were born as twins in man simultaneously, with neither more primordial than or teleologically superior to the other.

Faith is the paradigmatic structure (or “structuring”) chiefly concerned with “what is not” (if such is even possible), while Reason, the “things that are”.

Further, in order for a “thing” “to be”, it must be cast against or be epistemologically placed alongside “that” which “is not”, the same as nothingness, in order for it to “not be”, must likewise be juxtaposed to things that “are”. From this we can say that the two domains, while utterly distinct and separate, are nevertheless wholly dependent on the other for their own potentiality and actuality – they and all the “things” that may or may not be “in” and “under” their respective jurisdictions.

The more a man pushes the bounds of Reason and seeks to delineate the furthest possibilities of its linguistic domain, the more clearly and presciently he defines also the limits and ineptitudes of Reason which can be herein equated with “Subjectivity”; delineation which outlines, at least in imprecise miniature, the shorelines and mountain ranges of the domain of Faith.

Reason (again here equitable with Subjectivity) is inherently a creative, aesthetic force that does not find nor discover implicit and changeless “Truth” but merely creates things that are, or at least appear to be, “true” — not “trueness” in the sense of values but in the sense of soundness of measurement and architectural precision. No, Reason only expresses and actualizes. And even when it does not fashion from pure imagination a given concept, rule, principle, or law, it nevertheless defines, delimits, or else “encircles”, a given potentiality according to the inescapable bias and predilections of those who are doing the encircling.

In the domain of Reason, all is art and nothing more, and thus doomed to fail.

In the domain of Reason, all is artifice and nothing more.

The domain of Reason then is the domain of delusion and deception; what is “true” but not everlasting.

In the domain of Faith, nothing is art, nothing creative, only given.

In the domain of Faith, there is only Truth and authority.

The domain of Faith then is the domain of authenticity, purpose, transcendence, Truth, and everlastingness.

For what is “true” naturally and inescapably evolves over time by way of the changing tastes and personal biases of man from age to age and is often incompatible and incomprehensible from people to people — as it should be, as it will be, and as it is. The gravest error, I suppose, that humanity has ever made and still continues to make is that it so often equates “what is true” (i. e. passing, changing, dying) for Truth (i.e. unchanging, undying, fixed).

Indeed, what is true in the eyes of man when laboring within the domain of Reason is an abhorrence to the unassailable Truth of God in Faith which “is, was, and ever will be”.