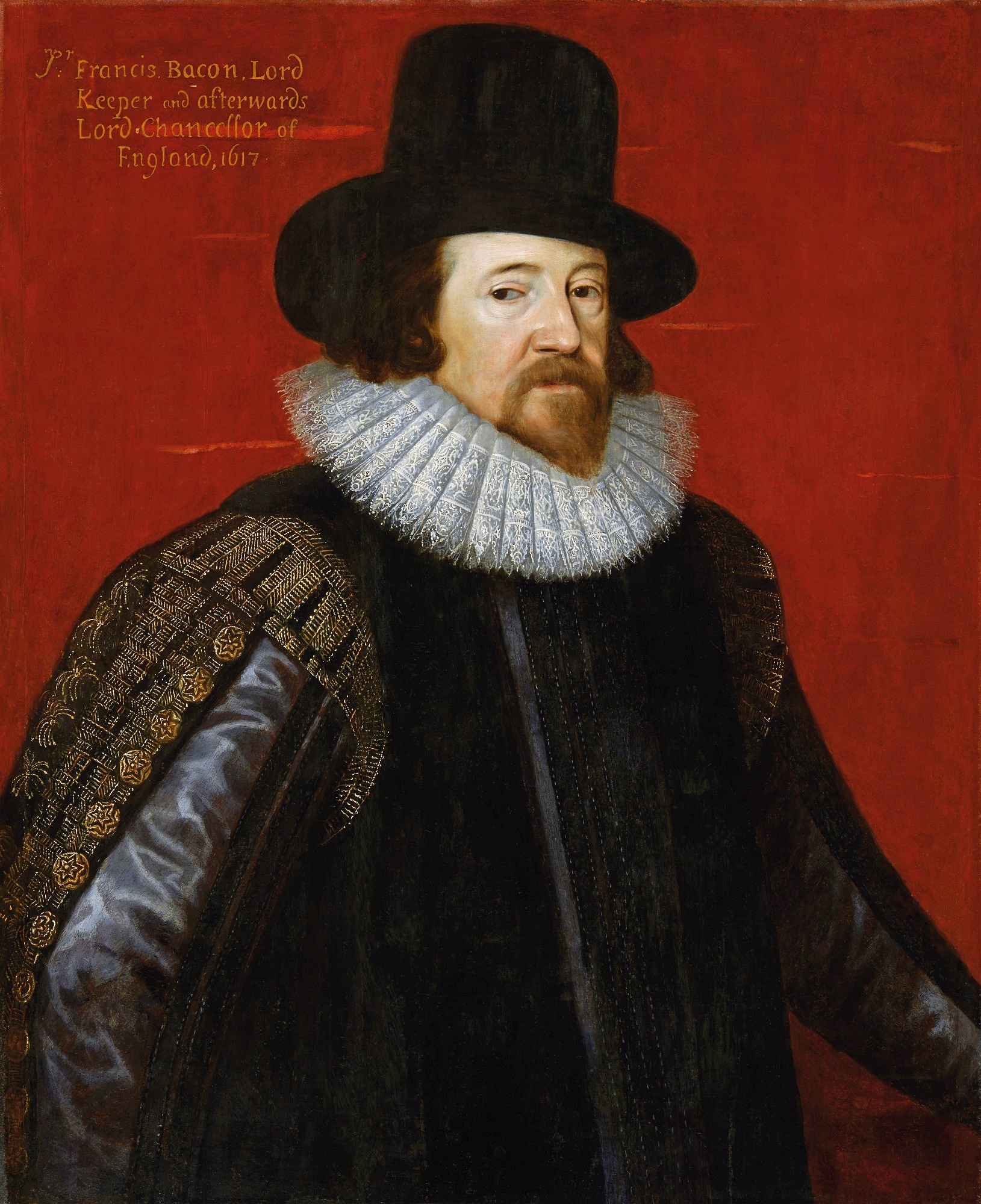 Reason, within its own domain, is both creature and creator.

The great, overarching endeavor of the Middle Ages, whether externalized by its most esteemed thinkers or not, was the reassemblage of every broken, disintegrated, discarded, and doubted shard of once-unified, once-hallowed, once-implicit, and inexpressible thought and “experience” that the Classic Greeks had obliterated when they attempted to give such experiences a clear voice; their expressions which disrupted the primordial peace that Faith once enjoyed with Reason.

For what is sacred cannot be said.

The finished project of the Middle Ages resembled (if only superficially) a near-perfect, unified, impenetrable, unquestionable, and completely “sensible” (if empirically groundless) reconstructed whole whose continuity was said to have predated the Greeks all the way back to Adam – our first Subjective Man. What’s more, so “sensibly” had the Middle Ages rendered the scandal and absurdity of the Gospel of Christ through the efforts of its intellectual method that its thinkers found themselves completely absolved of its absurdity and fully acquitted of its innumerable Offenses – those Absurd Offenses that the Word of God itself proclaims as its most essential quality through both the Apostle Paul and Christ Himself. To come to Faith, a man’s Reason must be offended, even terribly so. The Middle Ages, however, sterilized – through Scholasticism – the Gospel to such a degree that it became perfectly acceptable, “rational”, “good”, “sound”, “just”, “prudent”, and “pragmatic” to the great swath of Middle Age Europe, from noble to common.

Bereft of its own self-distinguishing offenses and absurdities – those which must abide in and speak through the Gospel of Christ so as to suspend a man’s rational faculties long enough to allow the “language of Faith” (which is, of course, not a “language” we might easily recognize) to be “spoken”, “heard” and by it, “revealed” – not to the mind, body, or senses of man but to his “spirit”, principally by and through revelation; revelation which is also confession and thus cannot truly be received nor confessed by the reasonable, rational faculties of man for what “it is”; the verities of Faith which are not “things” at all, at least not things derived of and thus dependent upon the epistemological gatekeeping of the senses, but exist as their own exclusive “entities” unto themselves, independent the mind and body of man.

The sterilized, impotent, Scholastic Gospel made rational, palatable, acceptable, Aristotelian, and therefore reasonably “true” the God of the Hebrews and His Messiah, sterilization which gave Reason the upper Hand over Faith to such an overwhelming degree that the Moderns sacrificed very little in beheading the European God through their superimposition of Reason over Truth — of declaring Reason as Truth. With Reason superimposed over Truth, it was no large step to declare Reason “God” and then to dispense with “God” altogether, never mind how false this god was in the first place, beholden and subservient as it was to some greater and more primordial force which, to the moderns anyway, was and is the apparent dictates of Reason itself.

What we Postmoderns have done, however, through our collective incredulity toward the “overarching-ness” of overarching Meta-narratives (of which the end of the Middle Ages merely initiated) – the greatest meta-narratives by which all lesser narratives can in some way be reduced to and linguistically denominated by – is to splinter the easy reducibility of such lofty arches and to demolish the straight, logical roads that once led all to the decaying Holy See in Rome. Since we do not worship the God of Offense but the god of reason who is no God at all, it is perfectly acceptable and understandable that we postmoderns would reject the meta-narrative that such a god was once thought to “embody”; that meta-narrative which, as stated, was the result of the laborious work of the Middle Ages. With Reason as our god (well, nowadays hardly our god), a god that is, just as man, perpetually “dying”, nothing will stop postmoderns from doing what good, “reasonable”, postmodern people will, which is to say, to allow Reason to exhaust itself with its own impossible search for transcendence and ultimateness which can and will only lead to Nihilism. By our postmodern efforts will Reason itself, and the sciences too, soon be doubted, disbelieved, and eventually cast into irreparable disrepute just like the European God before them; disrepute which will result in the utter implosion of both the empirical foundation that currently upholds so-called “truth” as well as the individual products of empirical observation, such that humanity, now a “world humanity” instead of a continental one, will require another “Middle Age”, or even “Dark Age”, in which man might once again collect and reassemble the disparate fragments of the collective whole which we are presently pulverizing into gleeful oblivion.

In sum, Postmodernism will end only when the efficacy of science is so completely undermined and doubted as to no longer be a practical, pragmatic, efficient, and reliable practice at all. But first, we must disbelieve the efficacy of the senses.

Faith, like the Word of God, can be said to be the totality of the Spirit of God: the Spirit of God which defines the boundlessness and imprecise inexactitude of Faith, unfettered and independent as It is of the body and mind of man and thus fully objective, infinite, and “free”. This boundless, inexpressible expanse is not an inert, impersonal “principle” or “force” that the so-called “enlightened moderns” would have us believe but is the starkest contradiction of impersonality which can (if only by and through personal revelation and inward confession) be reckoned as Something – or Someone – akin to a person who moves and lives and actively does within the paradigm of Faith as well as the heart of man; the Spirit of Faith which in every way is the Spirit of God whose primary intent is to offend and scandalize man’s Reason with the “possibility” that there might “be” something that Reason cannot grasp and is perpetually kept from apprehending; that “something” which, as we have said, is the endless horizon of “nothing” at all, or at least nothing that might be dependent upon the senses for its being.

That the boundless became bounded, the infinite became finite, the “what is not” became “what is”, the general became particular, and the one became many – to say nothing that the Infinite took on flesh and dwelt among us – is by far the most absurd and ridiculous claim that Christianity, or any religion for that matter, could ever make, a claim which flesh and blood cannot at all comprehend. That any man says he comprehends it and yet has not the Spirit of God empowering that comprehension is a liar. In reality, one would never concern himself with such a comprehension in the first place, if not for God. For only the Spirit of God can lead the Unreasonable Man by the hand into and through the Offense so that such a one might find himself utterly perplexed, repulsed, and revolted by the Offenses’ unfathomable implications that he (which is to say his Reason, subjectivity, and nominative “I”) will have no other choice but sacrifice himself and die, or not be — or not, of course.

For “Men”, too, have a collective Reason and a communal Faith which hold ultimate sway over the expression of “what is true” among the particular collective who expresses them. Indeed, an individual’s peculiar form of reason and his own “personal” faith are both informed by, integrate within, and move among the collective with which a man most naturally associates. Depending on the size and cultural sway of the collective, a single man will have a limited capacity to influence its norms, habits, customs, and values.

He who is without a collective is the Philosopher, at least in his purest sense,

The inclination of philosophers, insofar as such ones embrace their intellectual independence and linguistic freedom, is to perennially separate themselves from collectives and the contaminating linguistic biases that such groups unknowingly impose upon their members so as to perhaps attain a certain lofty psychological perspective, the goal here being that the philosopher might be able to view the collective as “it is”. The attempt to gain perspectival height through language, madness, art, or by any means necessary, is Philosophy and with it, the power to define and delineate the collective which, according to the linguistic clarity that a philosopher is able to bring to bear (primarily against himself), might also allow him to influence and quite possibly even define the collective, for better or ill.

The best and most profound that the common mind of any age is capable is to simply ape the sayings and regurgitate the insights of those various philosophers and thinkers who stood at the linguistic frontiers of the previous age; thinkers whose teachings and proclamations, once internalized and sublimated by the people amongst whom they speak, in time become the everywhere all-too-obvious norm.