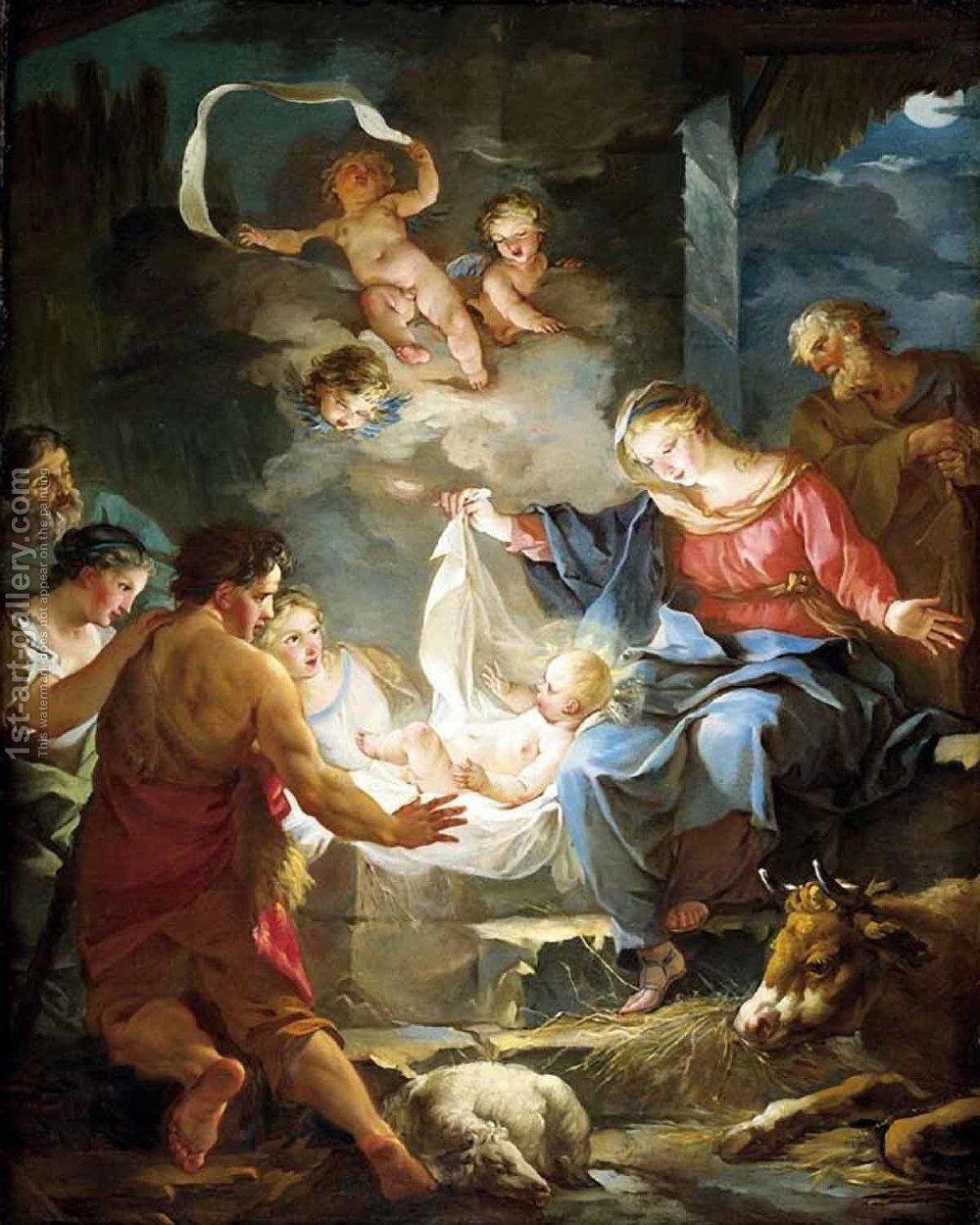 Christ did not come to elucidate what is/was/will be “true” – inasmuch as such elucidations would, at best, be misunderstood by the Reason of his hearers and, at worst, be maliciously reconstituted to fit the needs and/or whims of each individual impulse of such hearers – but to be the Truth; Truth not by fastidious demonstration, but the actual embodiment thereof. For what is true is subject to the laws of change and movement. Truth itself, however, does not move, nor change, nor is it susceptible to time, death, decay, erosion, alteration, or any other quality that epitomizes man, however true man might appear at any given time.

The acknowledgment of the Truth of such an embodiment, however removed an individual might find himself from the bodily source of its apocalypse, does not and, moreover, cannot come by way of Reason nor want nor the will of man but by Spirit, and not just any spirit but only the Spirit of Truth itself which, to Reason, is an absurdity and even a damnable blasphemy that, once revealed and thus irresistibly confessed by that particular individual chosen of God is as irredeemable a sin as blasphemy against the Spirit of God is going the other way. Once the blasphemy is truly and “authentically” confessed, gone forever is such a one to the unchallenged dominion of Reason, and with it, the hopeless, fruitless, and insipid imbalance that only a life lived under the utter domination of Reason and its nihilistic tendencies can elicit.

The starting point and indeed the impetus of the aforementioned revelatory confession can only originate from the will of the Spirit of God and only that by way of the foreknowledge and forbearance of God and not any willful impulse exhibited by the spirit of man, however seemingly lofty and high-minded such an impulse might pretense.

For if God did not elect, He would not be God.

If God is not the “Prime Mover” and indeed the Efficient Cause of all things known and not in the entirety of the cosmos, in other words, if He is not “the Will” behind “will” itself, He is not God

If God does not first do and man respond, God is not God.

If man might have any hand whatsoever in his own revelatory confession, in his “salvation” in other words, no matter how imperceptible or slight, God is not God.

However unhelpful this truth is to the evangelist who believes he plays even the most inconceivably meager part in influencing God’s preordained election, God’s Election cannot be circumscribed not undermined in the slightest if one is to maintain the proper relationship to the Almighty’s omnipotence; God’s Election which is indeed an Offense intentionally set up as a stumbling block not for those who have yet to come to the knowledge of The Truth, but for those who count themselves members of the household of God.

For Offenses do not stop at the cross nor at one’s confession (for there, they actually start) but indeed litter as landmines upon the battlefield of Faith, those explosives which must be courageously navigated if one ever hopes to breach the inner recesses of the Truth of God whose Truth does indeed grow larger, more ominous, labyrinthian, costly, and terrible the closer our spirits approach His citadel which is the fullness of the knowledge that He is God; God who can thus be as tyrannical and unreasonable as He wants and indeed must be and will to we so perpetually ensnared in and of our own “right” minds, sensibilities, judgments, etc.

Truly, the more a man grows in Faith, the more offensive God becomes to his sensibilities and indeed to his own ethical understanding and social navigation of the society and culture that he is a member.

For human ethics are as offensive to God as anything could be and quite possibly more, principally because, as mentioned elsewhere, one’s meticulous adherence to the ethics of man blinds him to his need for and knowledge of the Truth who is Christ, His work, and His Holy Spirit.

The life of Faith, therefore, does not get any easier the longer that one persists therein. In fact, quite the opposite. The stature of a man’s Faith, which he will in every way theologically justify, can thus be ascertained, on the one hand, by the sharpness and sophistication of his reasoning faculties and, on the other, the last level of Offense such a one has not fully surrendered his Reason before.

If human history does indeed vacillate between inconceivably prolonged periods of, for lack of more refined term, universalizing meta-narrativization and its unstoppable disintegration, then it appears that the West, reeling from the destabilizing consequences that technological science and the so-called “Enlightenment” which together and forced upon the Westeern mind its relativism, meta-narrativization whose disintegrating ramifications humanity is only now beginning to realize in “Postmodernity” – which, as stated elsewhere, can be rightly considered the “universal incredulity toward the overarching-ness of universality and the metanarratives that express them” – it appears in the light of intellectual history that we have reached a similar point of existential crisis that gave rise to the pre-Socratic skeptics and sophists in the early intellectual history of Greece whose rise – however brief and destabilizing as it was to the prior arcane order of tradition and custom – not only necessitated but also paradoxically prepared the Western soul for a man like Socrates – Socrates, the greatest, most profound, incisive, satirical, condemnatory, and persuasive of all the Sophists whose rhetorical eloquence and ritualistic self-sacrifice was so convincing that he persuaded an entire generation of the best and brightest minds to pick up the aesthetic fragments of his piecemeal thought so as to assemble them into a coherent and near-impenetrable “metaphysic” (which to we Postmoderns is another word for “metanarrative”) upon which the next twenty-two plus centuries would be established, find its life and now know its eventual death. Today, the same universality of our metaphysic – which was also their metaphysic – is disbelieved in virtually every arena of human life and medium of expression by literally everyone, save only the zealous believers of the various old metanarratives that no longer appear to hold sway to any significant degree over the minds, hearts, arts, and sciences of our people. As metaphysics was doubted in Socrates’ era, so too ours.

If this is in any way true, it is indeed inconceivable that another Socrates would amid our disconnected and alienated midst. But, I am convinced that the fundamental motivations of man does not change, and thus the same inconceivability of the possibility of such a destabilizing and yet unifying figure such as Socrates existed prior to his coming as well; our Socrates who will be a “Postmodern” through and through, just as the first Socrates was a Sophist who pestered and befuddled and questioned in the same manner and upon the same authority as the Sophists who came before him; ours who will necessarily reorient the Western mind toward the idea of the ideal, toward the notion – which to him will probably be communicated as a whimsy, satire, or even a jest – of a moral cosmos, a cosmos with an “inherent” purpose and from it, also a Purposer and an Orderer.

This Second Socrates will then help prepare to lead the Western Soul back to God, of this I have no doubt.

For every generation of Doubters, Sophists, and Skeptics – brief and destabilizing as they will ultimately be – are indeed a necessary and irreplaceable step in the cyclical vaccination of the Reasonable Mind and by it, humanity’s moral and spiritual development, vacillation which is also witnessed in the dynamic relationship between Faith and Reason; that development which can only authentically come about by a people constantly at war with their own ideals, their epistemological foundations, and the teleological beliefs that underpin them, in other words, only a reasonable, rational, and principally “subjective” people whose aesthetic expression of its own subjectivity, for good and ill, will inescapably be matched by its own insatiable will toward the objective, unseeable, unsayable, and inexpressible.