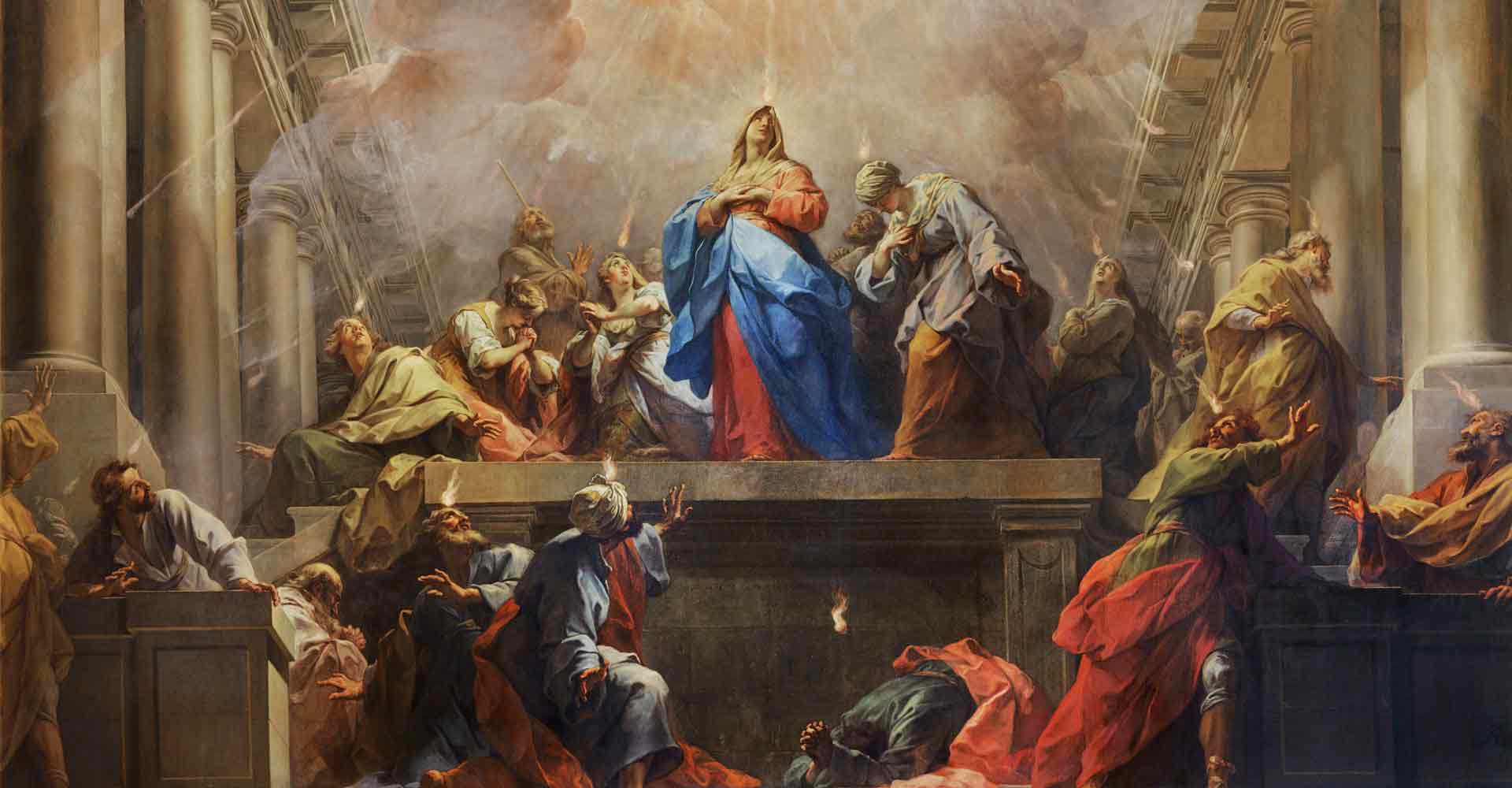 186. It is not a square easily holed: the “simple” reality that God is sovereign and reigns over all and there is nothing that happens without His will, yes, even the coming and going of souls to hell, and yet the more evident truth that man is fully and ultimately responsible for the things he does and does not do, even those things the Lord has destined him for, or not.

187. It can even rightly be said that to the degree that God is sovereign over everything and all, man is comparatively responsible and culpable for each one of his actions.

188. Though a man may not be the initiator of any action, he will still pay the consequences or reap the rewards for that which he does.

190. I, for one, endeavor to make no apology for this seeming incongruence and apparent injustice on God’s part. Incongruence and injustice are problems of man and his reason’s inability to synthesize such incongruities in a satisfactory manner – all of which is necessarily limited. They have nothing whatsoever to do, however, with God.

190. In fact, the Lord does not call on me to resolve these issues for Him, neither for myself, my family, or those who might hear my words, but He does call on me to trust Him in light of such incongruities.

191. That God has not resolved these issues, nor sufficiently answered the charge of His accusers has damned many a soul to hell.

192. Truly, if a sinner is pounding on the door of heaven with a broken and contrite heart, God will not despise him, nor turn him away. For, such a one and such an act can only come through the working of the Holy Spirit. It is the Spirit who bridges the gap from Reason to Faith, from Subjectivity to Objectivity.

193. He who vacillates on the doctrine of the divine and immutable sovereignty of God, the truth of which leaves no room for human comingling whatsoever nor any emotional appeal that might come from the cries of man in hopes that he might sway the Sovereign hand or alter the mind or will of God from His predestined plan, will invariably question and even outright doubt the infallibility of the Word of God which, as difficult it is for our carnal minds to apprehend, that book being composed, largely in ignorance as to whom it was written for and about, over innumerable centuries recounting innumerable deeds of the lives of innumerable persons, all of which, somehow and without exception, is completely canonical, synchronistic and reinforced with by and with itself and is without ultimate contradiction or conflict save for those quandaries which man in his finitude cannot grasp.

194. The Truth of God’s sovereign election is plainly seen in His selection of Israel among all the peoples of the earth – both great and small – to be “His peculiar people”; “Israel” which, at the time of the Exodus, was not limited to a distinct people group who all spoke the same language and could each one trace their lineage back to Abraham, but was a multitude of languages and parentages who had hitherto been slaves under Pharaoh but who nevertheless loosely held onto the belief in Abraham’s God, even if that belief was divided among the worship of other gods, which was widespread and frequent at that time as it is now. Truly, though all men “know” God, “his eternal power and divine nature, hav{ing} been clearly seen by them, and being understood by them from what has been made,” {Roman 1:20 emphasis mine} God nevertheless sovereignly gathered a specific group of people to covenant with from among all the peoples of the earth and through whom, according to the flesh, His suffering Servent would come {Rom 9:5}, those people who existed at a distinct time and in a distinct geographical region which, according to the limited nature of communications and travel at the time of the covenant as well as the millennia or so thereafter, would not be able to effectively proselytize all the peoples of the earth – that which would seem to us fair, just, and right. And yet, the above passages go on to say, even in light of God’s specificity, that “people are without excuse”, {Roman 1:20, continued} for the law of God is written on each man’s heart {Rom 2:15}.

195. God is specific because His Son is specific, unique, personable, and particular (as well as universal and transcendent). There will thus come a specific day when He will judge the whole world with justice by the specific man He has appointed {Acts 17:31}. Such specificity would not have been possible, given human limitation and man’s innate divergent differences, nor would any prophetic utterance about Him have been able to be fulfilled, if such was given to the whole world all at once. Indeed, if the door to God, who is Christ, was given to all, no doubt according to human weakness would the establishment of many doors have been erected and also many paths to the one True God and King. If, that is, God had left His divine election to the will of well-meaning man.

196. As it is, God is one, {Deut 6:4} His people are one, and His will and ministry on the earth, though now diffused by the Spirit unto many, is also one. And it has always been one: one will, one mind, one heart, one law, one Man to unite them all in the same Spirit under the same Truth.

197. Indeed, only the Spirit of God can give a man utterance as to the luminosity of the sovereignty of God, the unity of God, and the inerrancy of His Word, even in light of modernity’s assault on such things via so-called “science and technology”.

“Thank you, Holy Spirit, for giving me the foolishness of the wise when I asked for the insight of God.”

198. I am, indeed, a sheep in wolf’s clothing. And, though unbeknownst to me until now, have always been one.

199. The so-called “Theory of Knowledge” that Believers of the gospel of Christ adhere, whether knowingly or not, is a revelatory epistemology, which is to say, knowledge of a transcendent and immutable kind is supplied by a Force external to and independent of Reason, that Force who yet bridges the otherwise uncrossable phenomenological divide between that which may be derived of the senses and that which may not; if uncrossable by any human means, it stands to reason that this Force must choose by His own will and doing whom He will to know such Truth as well as to what degree and when. Further, communication of the Truths that this Force conveys makes no appeal to the senses of man – degraded and debauched and dead as they are in themselves apart from Him – but appeals to the inner spirit of the man whom that Force has already quickened to life and redeemed from the bondage of perpetual sin.

200. The whole of Christianity and the immortal Truths that it contains and conveys will never be sound, prudent, nor intuitive to the Reason of man, nor his senses, nor the mind of man who does not have first the mind of Christ whose Spirit is this Force, this Spirit whom – speaking from my own revelatory perspective, of course, that which upends all prudent coherence and indeed cannot be sufficiently conveyed in the language of men – is, in truth, a Person, indeed, the “third Person of the Godhead”; the Holy Spirit of God who is the Spirit of Truth and also the Spirit of Righteousness and is, as stated, a fully formed Person with a personality; this Person who does not “speak” to man’s senses at all yet communicates to His beloved in and through a life lived for Him and with Him, that which must be lived out in daily, experiential communion with Him over the whole of one’s life.

201. For if He spoke as men speak to one another, and it truly was the words of God, what use has a man for this relationship and the deep communion that results when one does not know what tomorrow, let alone next month or year will bring, nor anything in between?

202. Knowledge that appeals to the senses is an inferior type of knowledge, being rooted and grounded as only it can in the ever-changing whim of the senses, and of the unstable finitude of the mind which is always subject to change, emotional persuasion, and the allure of sensual power.

203. In fact, knowledge can only be Knowledge – which is to say, “of a foundational, unmoved, and unmovable type”, like a brick that composes a single, monolithic edifice of an eternal building fixed forever in the heavens, if it is communicated from and to that which is not in any way sensual, nor carnal, that which speaks to a man’s resurrected “spirit man” by which and to which the Spirit of God communicates His will and love for those whom He has elected outside of time, space, and sense.

204. In this way is revelatory Truth, as opposed to what is merely “true” and otherwise has no other recourse than to appeal to the ever-changing senses – to include the products of knowledge that compose such Truth – the only kind of Knowledge and the only kind of Truth that “is” or “might ever be”.

205. What’s more, this Truth must already be in its fully completed form and have always been in this form since time immemorial. For Truth, if it is to maintain its fixed state in the heavens, must be impervious to the aesthetic tendencies of man which forever seek to render the things that the senses perceive to the pleasure of the senses and the coherence of Reason. Any unfinished opening in the building of Truth, any angle that has not been squared, any tapestry which has not been hung in the proper place upon the proper wall risks the intrusion of man’s aesthetic machinations which sleeplessly seek out that for which they might uniquely alter so as to stamp its unique claim upon that which it perceives, and by it boast in its good and holy work.

206. Thus, with nothing for the senses of man to do to Truth and nothing for his aesthetic inclinations to artistically render, the Truths that are fixed in the heavens, if they are to be communicated effectively to men must be given by and from an external Force which, with regards to Truth, is the Spirit of God who alone has the power to straddle both the domain of Reason and of Faith and, as God, be thus the conduit between the two. And because neither the senses nor our aestheticism can perceive or obtain the understanding of such knowledge or Truth on their own strength alone, it must be given to man and thus supplied to some sort of receptacle independent of the senses, that being, as stated, man’s spirit which:

‘No eye has seen,

no ear has heard,

no heart has imagined,

what God has prepared for those who love Him.’