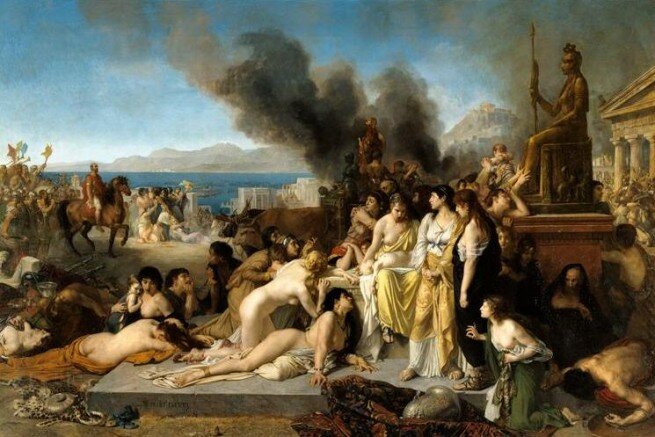 The most difficult and therefore “truest”, or “most essential” and even “necessary” act that the will of man can will is to will its own surrender, which is to say, to do that which man’s will in every way abhors and continually seeks to avoid by every means it has at its disposal. For, in the domain of Reason, self-abnegation is the most unnatural act that could ever be conceived (for it would mean the cessation of life itself), and against that act does every facility of man take aim and war with unrelenting ferocity, the chief weapon of which is the unassailable doubt that self-abnegation – which would, of course, result in the negation of language – is even possible, and if possible, not sustainable in any sort of meaningful way.

If the will of the Spirit can be witnessed in the lives of individuals, inasmuch as He not only creates the conditions but also establishes the parameters for “salvation” – which is, according to my metaphysics, “freedom from the unilateral tyranny of the unrelenting machinations of Reason and Rationality”, or else, “liberation from the tyranny of ‘what is’ or at least ‘what appears to be to the senses‘” – but also ensures that those conditions will be met and the promise of salvation be fulfilled in those whom He, as God, has elected and called, this same Will and activity of the Spirit can be witnessed in and among certain larger people groups and nations whose salvation, of course, takes far longer and is thus more nuanced and difficult to detect unless one is able to attain a certain lofty historical perspective so as to witness the continuity of the Spirit working in and through entire lives of certain individuals, their intellectual offspring, and the historical movements that surrounded them.

In this light can we then say that the Spirit – or, in the classical Greek language, “the Logos” – was working unbeknownst and most emphatically in and through the Greeks from the time of the Pre-Socratics until, if I had to guess, Aristotle’s immediate successors – Aristotle, that great tutor of Alexander who spread so-called “Hellenism” to the furthest possible reaches of the then-reachable world and by so doing weakened the Greek’s uniqueness as “the world’s first ‘successful’ subjective people” by and through the intermingling and exposure of the Greek soul to the hollow values of those ‘failed’ river valley nations in whom subjectivity and the machinations of Reason first emerged but was not dealt with “properly” or in most cases, at all; subjectivity which fled the gods ever higher in the heavens, the distance of which not even the river valley ziggurats, towering though they were, had the height or power to entice the gods back toward man and his newly-acquired “earth” – even with all their priestly spells, incantations, and neverending sacrifices.

Decadence, it must be noted, is not merely a crucial and altogether necessary stage on the way to salvation but also an exceedingly treacherous one. For, if an individual or a nation fully gives themselves over to decadence, the danger is that they will be too collectively intoxicated with pleasure and the ease of their ecstasy to care much about anything else, be it things of the mind, soul, or good governance of human affairs. Indeed, all men who repeatedly confront Nihilism will find themselves in a decadent condition for a time. For, the joys of the senses (which some might construe as a lesser expression of the Will to Power) must come to their end and be fully exhausted of their existential possibilities and endurability if one has any hope of overcoming decadence and by it, also Nihilism. Indeed, it is typically through self-loathing and self-disgust – principally disgust directed against the failed promises of the senses to bring about their own liberation from the arbitrary meaninglessness that the Will to Power imposes upon them – that the Spirit in a man cries out to God for salvation from the unilateral tyranny of those same senses.

Further, as stated, if a man is able to cry out to the heavens for salvation, so too an entire nation. That “all of Greece” was not in a few generations saved from decadence, vanity, and terminal decline with the coming of Paul and the Gospel shows just how far gone the Greeks were to the near-irreversible resignation to the power of the senses that the dying pagan world had in a kind of desperate and forlorn effort to maintain their cultural power foisted upon the Greek soul so as to subsume and thus prevent it from the hope of the Truth by the time of the first century. That any Greek church at all was established, given the critical state of the Greek soul, is indeed a testament to the power of the Spirit of God who overrides and overwhelms any opposing inclination of man so that His will might continue to unfold on the earth in the way He has predestined.

The apostle Paul’s efforts would have doubtless been better served if the Spirit allowed him to take his gospel East as he hoped and had been planning instead of exhorting him West through the premonitions of a dream. For the East, gone to decadence as it was by the time of Paul and had nearly always been since nearly “the beginning”, could have more or less been converted en masse if Paul had managed to “convince” the few demagogic potentates of the East of the truth of his message – and the error of theirs (that error being that they – as potentates – were gods); their conversion which would have meant the unquestionable conversion of their entire realm, no matter how diverse the ethnic composition of their people – the same type of conversion that was witnessed some centuries later with the spread of Islam.

The Greeks, however, were far more misaligned in their allegiance and, as Greeks, had historically been resistant to the prestige, position, and power of kings; resistance they managed to maintain – despite their own decadence – even when Alexander who would have undoubtedly been acknowledged as lord by his eastern subjects, declared himself through his own self-pretentious pantomimes, not merely “emperor” but “emperor-god”, and by so doing caused many of his generals to mutiny.

The Spirit of God, however, is almost always most clearly witnessed in and through the confoundment of man’s reasonable and rational expectations. For He desires the faith of man – faith not in reason or sound logic or historical awareness or any of the sort, but faith demonstrated when one encounters offense, paradox, and apparent irrationality and yet still chooses to embrace the tension of such things amid one’s unknowing. Indeed, God desires not our bliss but that we would cry out to Him and cling to Him and “lean not on our own understanding” in the way we should go — not that He desires the everywhere timid gestures of defeated and gutless men, but that He would have us imitate the manner in which the Son clings to Father and can truly do “nothing by Himself; but only what One sees the Other doing”. For the Father loves the Son and shows Him all He does. So too His desire for man. 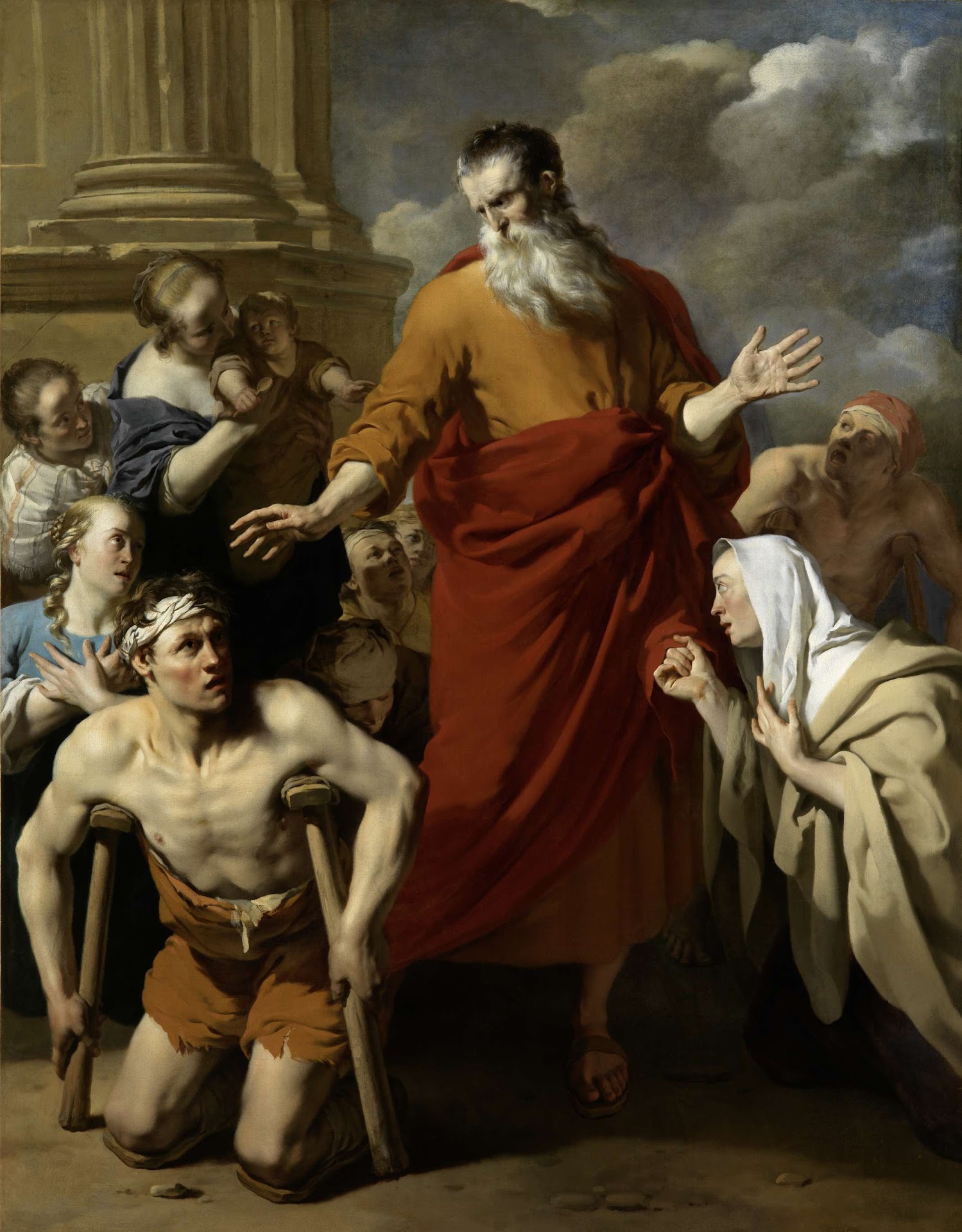