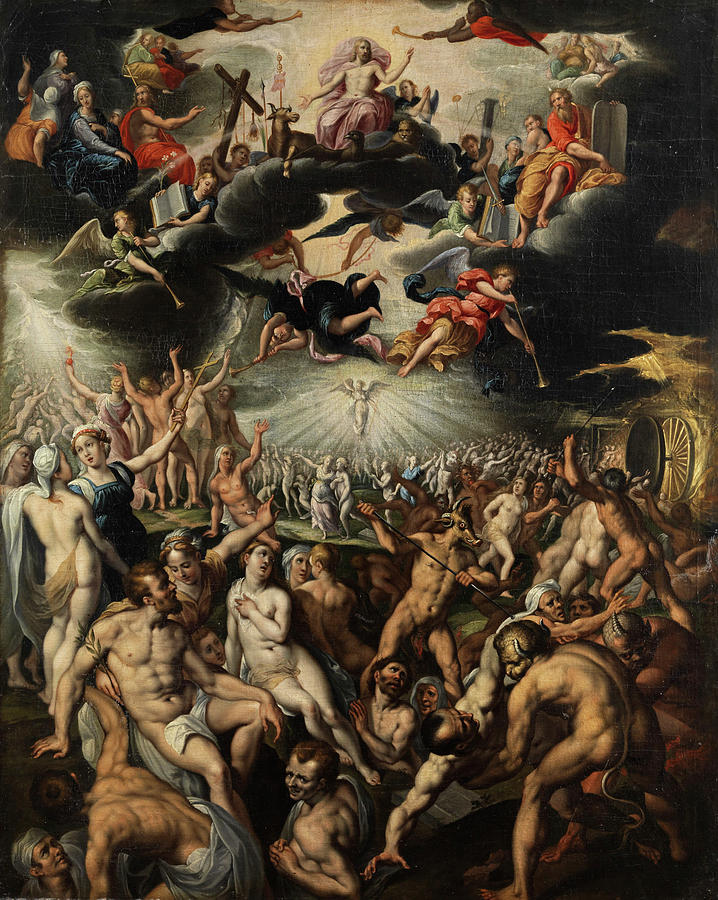 Before the gods were forced to inhabit the newly-incorporeal bodies of men because of the emergence of man’s consciousness which divorced him from the implicit relationship he once had with god and god with man, that former relationship which “witnessed” no distinction between the gods and man at all, man whom the god – principally through language – could move in and about as freely as such a one desired and in that freedom dictated to men what they ought to do, the hearing of which was synonymous with action – insofar as preconscious man had not yet known the limitations of time and finitude that would be birthed in and through his conscious awakening. The efficacy of what was instructed, or rather, the awareness of the need for efficacy at all, would come at the tail end of the reign of preconsciousness.

During the vast majority of the “existence” of preconscious “man”, as stated innumerably elsewhere, “to hear” meant “to do”. For, preconscious man did not yet have the sensual ability, let alone the mental capacity, to think and deliberate on the things he heard, or “thought” he heard, even less the propensity to doubt that such instructions would be efficacious and for what purpose they would serve.

To singularly inhabit the language of a lone individual, unless that man was a king (which was most frequent), was hopelessly inefficient in that the scope of the god’s influence was limited to the audience who might visit the king in his daily doings. Indeed, the god could “speak” to a far greater and diverse audience if “he” inhabited the inert and lifeless bodies of mummified or gem-bedecked monarchs that could be paraded before the masses, or else if such gods inhabited plants or places, or, more advantageously, stones fashioned in the supposed likeness of the god which would, of course, not decay like the rotting flesh of kings or the flaking paint of stylized tombs. Shamash, the god whom Hammurabi said in every way “wrote” his famous law code (Hammurabi being merely the fleshly vessel of the god’s handiwork), could therefore speak to the greatest number of people and thereby solidify his mesmerizing hold upon the people of Babylon by inhabiting the deathless basalt stele of which the people of this “time” would instinctually appeal for thoughtless guidance when visiting the central marketplace – or wherever the stele was placed.

Christ abolished this entire archaic and debauched spectacle through the rending of His physical body by which all matter was fashioned. Indeed, we can see in Yahweh’s insistence that Israel should abstain from fashioning graven images because, it might be reasonably assumed, He could not be apprehended like any of the other gods that man was acquainted, this God who, when He did appear, came as Spirit but always in the limited omniscience of the material being of Christ. This God, when He spoke, primarily did so through men imbued with His Spirit, no matter how inefficient such communication would often appear, that which was nevertheless written down and fastidiously recorded for posterity, of which we are still discussing today – in this very aphorism, in fact.

God’s chosen vessel has always been the limited, finite, failing flesh of men, most importantly the spotless Body of a Man, His Spirit which, as the Will of the will to power behind all movements of life, as even “life” itself, does not have to limit Himself to any one particular place, person, or time; Spirit which, as stated, need not ask permission from those in whom He might reside and even scorns any gesture or proscriptive posturing that might ape such an invitation rooted in a man’s own will and choice; His residence which is permanent in that the essence of God and His nature are independent of time, meaning that His choice is also independent of time, space, and any particular sins that one might assume disqualifies God’s inhabitation, and so on.

One can only guess that just as through one man, my “First Subjective Man”, my “Adam”, came self- and sense-awareness into the world, and by it, the erection of the phenomenon of innumerable “things” which thereafter severed man’s implicit continuity with the totality of “nature” that had predominated the “experience” of every “thing” that might have gone before, and from that moment forward prevented the gods from speaking any longer to man by the ancient props of skeleton, stone, rock, and art which man had hitherto not reckoned as separate from himself (insofar as he could not “reckon” anything in his preconsciousness at all). This was a cataclysm of such immensity that it changed the very “nature” of space and time and re-wrote every then-known “law”; such laws which Christ, through His body, usurped and inverted when He fulfilled God’s law and rendered all other laws unnecessary compared to placing one’s faith in the His life and work. Because of so great a work, Christ ensured that from then on, no god nor God would inhabit anything that was not first and foremost “man”.

In sum, before man could rightly be considered “man”, which is to say, before he thought and felt and reasoned anything at all, man and god were one. After those things, man and god were separated. With the cross of Christ and the power of grace through faith, however, could man and God yet again be one, an act which the lesser gods could not imitate. Thus were most of them in their original forms forgotten forever.