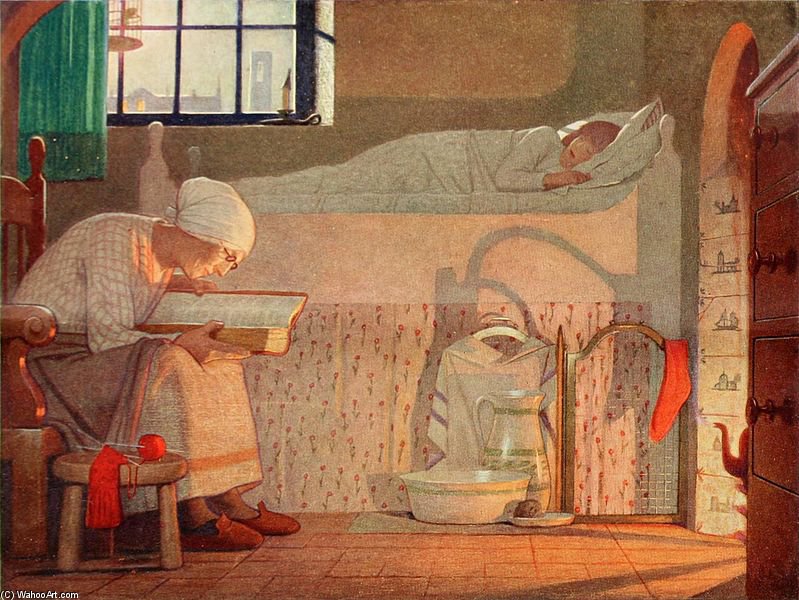 “Grace”, as in “the unmerited favor, patience, blessing, and forbearance of God” (usually to carry out the work of salvation, but not always), is, of course, not simply doled out to deserving and worthy men who spare not an insignificant gesture and make all the necessary sacrifices and perform every ceremonial gesticulation without a flippant error so that God might incline Himself to honor such pantomimes. No, grace is given to those who know themselves the least deserving and most unworthy, their knowledge of such unworthiness and the grace which might be given to that unworthiness which can only come from God; the whole of which, when so clear and unadulterated as to have originated from God, bestows upon the “sinner saved continually by grace” a much clearer picture of the person, will, and heart of God than the man who is blinded to such a beatific vision by the multitude of his good and holy works.

The gods are not merely “words” in the sterile and objectified sense that we have presently render them – sterilization that only Reason with its innate purposeless can accomplish – but words in the living, actualized sense, brimming with potentiality, power, and purpose. Words are indeed “spiritual” or otherwise transcendent to the domain of Reason, that domain which would emerge far late in man’s “time” on the earth.

It can be little argued that words, insofar as the more profound words signify certain systematized ideologies, eventually give rise to associated “word families” or even “word hierarchies” and finally take on a “life” of their own.

For words are primal – as in “The Word of God”. The gods, however, are not primal, nor is the body, nor the cosmos, nor the knowledge of the body or the cosmos, not consciousness, only — Words.

“For in the beginning was the Word”.

For words, in order to be distinguished from mere sounds, are themselves structured teleologically as is our self-conscious self-narration also teleological and, as teleological, must have a certain grammatical and linguistic architecture so as to be comprehended, in context, at all.

Man’s fall disrupted the previously unbroken and rarely considered teleological wellspring of continual meaning and purpose that had once flowed from the domain of Faith, that which God restored with the Incarnation of His Son and by so doing rescued man out of the worthless sterility that man’s own Reason had condemned and still condemns him to, his rescue therefrom which once again gives man a story and a certain direction, a story replete with a plot and subplots, protagonists, antagonists, minor actors, and even mere stand-ins; the selection of the disparate roles which is God’s choice alone, not man’s, and therefore cannot be influenced by any one man’s acting skills or ardent desire to play a particular part. For it is God who is the narrator and the narrated, as well as the force that sculpts the character development and also the climatic crescendo which always comes – according to the unwritten laws of drama which all men recognize as “right” and “good” but few care to acknowledge – near the close of the second act before the moving to the concluding third.

Direct engagement with the world of the gods and most certainly interactions with the gods themselves have and will always be utterly ridiculous and irrational to the sound mind of Reason. That such non-material engagement with the gods occurred well into the conscious subjectivity of humanity speaks only to the fact that, in the most archaic and naive of times, Reason had not yet gained so decisively an upper hand over Faith as to the ultimate director of man as it has at present.

Consciousness is not necessary for survival. In fact, during the most stressful and intense moments are not Reason and its endless dialectical acrobatics pushed aside in favor of the instinctual, intuitive, and “irrational” impulses of man so that man might not “think” but instead do without deliberation, hesitation, or needing to know “why?”

Wild animals survive and thrive without self-awareness. Indeed, how preposterous would it be to witness an animal of prey being chased by a predator suddenly stop and “think” about what he should do next, or even, more ridiculously, contemplate why he should do so.

Indeed, the fingers of man before consciousness still burned if they veered too close to a fire. “Aware” of this, he would pull them back and, once burned, would carry forever the trauma of the event which would instinctually persuade him through animalistic fear to never do such a thing again, maybe to the point of avoiding fires altogether. Even my dog behaves in such a way.

At this primitive stage in man’s “history”, “words” were merely sounds, “sound and fury, signifying nothing” — “nothing” that contained in them any sort of transcendent meaning or “higher” purpose besides that for which the sound was intended to produce.

But, inasmuch as the senses of man can be said to have remained unchanged since the concretization of their inception, their coalescing synchronicity in every way made archaic “man” the creature he was (whatever it was). Since the senses are the epistemological tools that grant man a certain reasonably definable horizon of possibility, it can also be said that the words that inhabit, enframe, and give expressive life to the senses have also not changed their essential form from the beginning as well. Only our continuing awareness of the body and the codification and systemization of its “body” of knowledge that man has hitherto accumulated and thereafter communicated to subsequent generations has, in a certain sense, “changed” — or at least developed over time.

Consciousness only appears to alter and “develop” by and through the act of redefining the words and terms that each successive generation has inherited. The products of our redefinitioning, then, are the only phenomena in the “known” cosmos subject to “change”. This goes for even extreme alterations in our definitions.

Consciousness is not vital to life and can therefore be dispensed whenever the heavens decide.

For if words and man’s senses are changeless, they can, in a certain sense, be said to be eternal; “eternal” in the sense of not being subject to time, decay, destruction, and change.

Words are outside of time, as are the collective senses of humanity as a whole. Words are time, so too the senses.