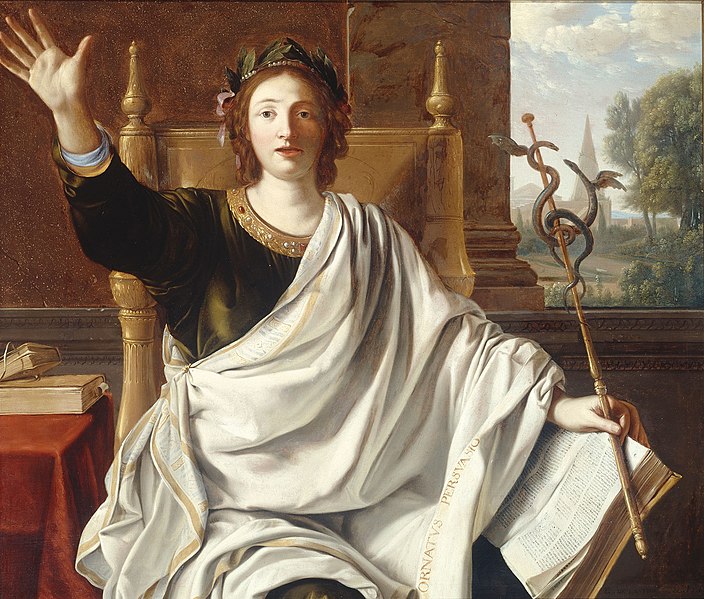 Exploring a little deeper the animosity and sometimes open antagonism between the two principal types of philosophers, namely the logistician and rhetorician, the disagreement – seen here as an “irreconcilable opposition” between personality and even bodily types – is one of epistemology, not merely those qualities which might constitute any one product or larger body of knowledge but, more importantly, how and from whence these products come. The logistician is one who thinks his (principally mathematical) epiphanies arise in and are thus due to Reason, or worse, his so-called “consciousness” – the organ of those epiphanies which man has hitherto assumed to be the brain, an organ which has no more power to ascertain anything that might arise from any domain foreign to it than any other organ of the body. The rhetorician, on the other hand – save perhaps the Sophist whose philosophical “insights” have assumed a definitively teleological form in that they are only “apprehended” before they conclude in order to satisfy a particular predetermined function, namely, the winning of an argument and the gathering of a fee from his listeners (or tuition from his university students) – adheres to no such epistemological theory of knowledge and even less would locate the organ of such knowledge within the limits of the physical human brain. For, in and under the tyranny of Reason and language by which no man – as long as he lives – can enduringly escape, the senses must first be stimulated (by “what?” is indeed a profound question) and thereafter respond to the effect of that stimulation so that it might be noticed by the mind at all and later interpreted by the body and put to words by Reason, seen here as “self-awareness” (i.e. sense-awareness). This process, which unfolds near-instantaneously and autonomically without any direct intervention by the mind, in no way originates in the mind, but appears first in and to the senses, then the organs of emotion, moving lastly to the seat of man’s reason via language. The key element in this process by which products of knowledge appear and are otherwise made known to man is the sensual contrast supplied by the stimulation known colloquially as “emotion”. For without emotional contrast, there would be no “awareness” of sensual input or any “thing” that might even remotely be construed as such to a man in the first place. And, as has been expressed time and again the world over by innumerable peoples and tongues and cultures, the organ which man has consensually and near-universally determined to be the seat of emotion is the heart.

Here then is where the disagreement between logisticians and rhetoricians lies: the logistician believes knowledge is of the province of the brain while the rhetorician, the heart.

“The genius” is thus the highest type of logistician, genius not from hard work, experience, action, sacrifice, and the continual rending of the heart but genius which can principally be attributed to the good fortune of providential birth. That is not to say that geniuses don’t also have to “apply themselves” in order for their genius to manifest and express itself because, of course, they do, but a rhetorician typically has no such good birth. In fact, his birth is usually a handicap, and his life is marked by suffering. For, above all must the rhetorician be trained by the challenges of his life experiences to grow into this calling, particularly those challenges that arise because of his handicaps which, should he fail to exert himself in their overcoming, will never fulfill the task the heavens allotted for him (and them).

Though indispensable to the logistician, the idea of “genius” is repulsive to the rhetorician whose chief product of knowledge is narration: aesthetics, not proofs. In fact, when the rhetorician is at his best, virtually nothing that might be found in his narration can be verifiably proved, whether by his own efforts or that of others, whether by his contemporaries or the crucible of time, at least not provable through and to the lucidity of logical deduction or its handmaiden, science. His, however, is not the view, like the logistician, that there exists something “out there” that he in his own good senses and right mind have the power to intuit. No, to the rhetorician, all is aesthetics, continually created “ex nihilo” for the purpose of “nihilo”; nihilo which cannot in any way be apprehended by the mind but only the heart through its rending and its ripping continually asunder so that great emotion might be perceived and expressed. It can well be said that the heart always produces the greatest knowledge – knowledge here synonymous with “enduring human virtue”.

If the body of man is indeed the intersection of Faith and Reason, of what is and what is not, to Reason go the brain and Faith go the heart. Epiphanies are the province of Reason, while “inexpressible” sadness, joy, pain, and warmth are of Faith. Just as awe and wonder typically suspend the faculties of the mind, sorrow and joy interrupt the goings-on of the heart.

“He who feels the most” and can thereafter transmute that feeling into impenetrable rhetorical insights – whether by poetry or by conscientious prose – is then the greatest of all possible rhetoricians.

The “artist” is to the rhetorician what the “genius” is to the logistician.