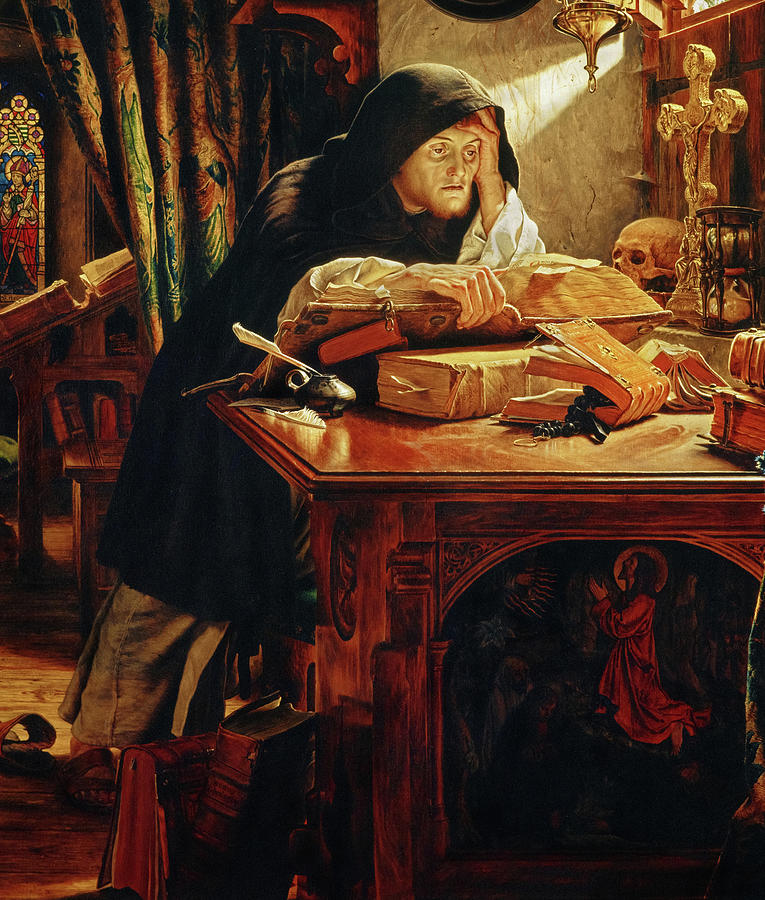 I have hitherto said such things about the heart not out of vague speculation (as is my usual habit) but from intense personal experience, my own physical heart which, as the bodily nexus of all I have ever felt, emotionally accumulated, intuited, and sought to put to words, has for many a troubling year been subjected to grotesque levels of abuse and savagery, and not only mine but also the hearts of those closest to me; the damage of which I pray is not irreversible, lest I and they together with me suffer the same fate as so many of my short-lived philosophical brethren. For, philosophers do not tend to live long, full lives of grey, fat years. No, in fact, the setting of each one of their suns is typically not had in the company of kith and kin but in utter loneliness and inescapable solitude and even desolation; these emotional deprivations which damage the physical heart more than any other cause and force a man to cease his work far short of ever having reached any sort of conclusion or meaningful resolution.

God, if Ye be for me, save me from myself, and save my loved ones too, I pray.

Indeed, the only cause (besides God) who poses a lethal threat to the life and mind of a philosopher is the philosopher himself. Solitude, loneliness, and societal ostracization are his natural soil. What does he really care then if he and his words continue to go unheeded, unlistened, ignored, misunderstood, and disrespected by the generation in which he lives? No, only spiritual death or the untimely demise of his creative capacities have the power to give him any sort of cautionary pause. Against those – and the sovereign hand of God, of course – is the philosopher most vulnerable as long as he lives and continues his always treacherous, always dangerous, and deadly work. For his physical body and the organs from which he mines his insights have only a limited capacity, the same as any gold mine, silver vein, or petroleum reserve. And, as the earthly mine is inevitably depleted of its value to the point that its cost of production eventually outstrips the profits one might accrete from continued extraction, so too the philosopher, as a miner of the verities of his heart, only has so many years of durable insights to mine, the persistence of which is further shortened due to the crass disregard and even outright contempt he often has for his body which he will typically view as the delimiter of the potentiality of his mind.

Though the tendency to make one’s bodily health an idol in its own right is exceedingly common, the philosopher must, if he so endeavors to resolve the Problem that either he or the heavens have placed before him, must seek those “habits” (be they of lifestyle or of thought) that will allow his organs – as well as his entire body unit – to, on the one hand, be pushed to their emotional brink so that from that brink, truly glorious insights might be ascertained and yet, on the other, grant himself a certain generous amount of grace, rest, and recovery so that he might, alas, have the emotional reserves “to feel” as powerfully as the last emotional peak he summited, if not more powerful than he ever thought his body and emotions capable.

The overwhelming power the philosopher feels when overtaken by beauty, insight, and paradox is, though indeed overwhelming, not necessarily difficult for him, nor trying, nor in any way as onerous upon his bodily and mental facilities as it might be to others. Truly, the pleasure, satisfaction, and ease with which he ascertains his insights and seeks to communicate them are one of the chief joys of his life. Any amplification of those joys is naturally welcomed; joys which – aside from the other gracious blessings he might have been bestowed (i.e. communion with God, happy children, loving wife, loyal friends, and so on) – make his life worth living. And not only that but provoke him to speak on behalf of life while advocating its virtues and championing life’s unknowable purpose for coming into conceptual being in the first place, such championship which will, of course, be thoroughly reflected in his metaphysics, his aesthetics, epistemology, and, naturally, his ethics.

What higher purpose has the philosopher but to compliment life’s benefit and rejoice in its Benefactor? — never mind how disfigured this benefit might be interpreted by the hard-hearted slovenliness of subsequent generations.

Self-awareness is really sense-awareness. For, the senses are not only delimiters of “what-is” and “what might be” but are indeed the vehicles as well as the receptacles for the perception and aesthetic creation of all potential possibilities that might be had within the domain of Reason, seen here synonymously as “self-awareness” or “self-consciousness”.

In Reason, the senses are the horizon, the limits of our sight, the extent of our hearing, and depth of our feeling. Without the senses striving to express themselves and make their being incessantly known, “being” and “expression” would have never been possible nor would the nominative “I” have ever emerged from the “anonymous collective” which had defined man since the foggy beginnings of time, precisely because it would have had no receptacle to emerge into and move about in the first place.

Without the “I” there would be no sense of things and indeed no “thing” to sense in the first place, just as without sense there is no “I”, no horizon, no definitive monument in the near-limitless expanse of latent experience by which one might tether their experience so that they and all the many products which derive from them might rise above “mere unassuming inputs” with the hope that through such tethering a man will be empowered to orient his focus so as to enable his experience, as well as his “I”, and his life to know “where it is” so that one might, alas, go somewhere and do something “productive” at all.