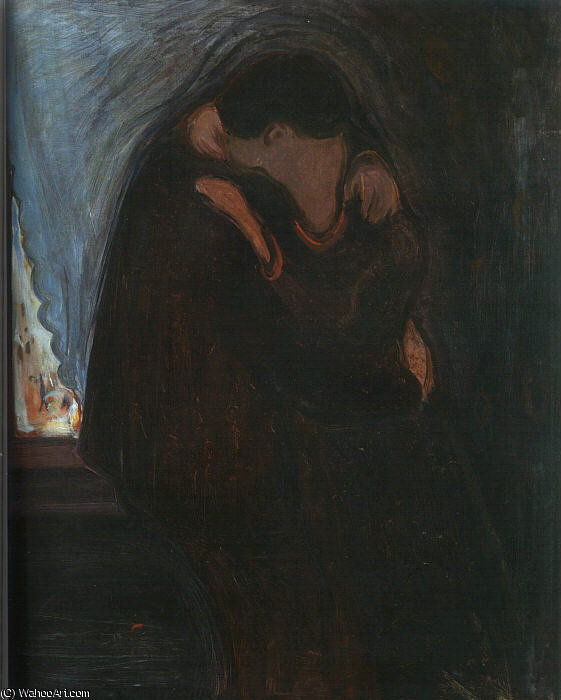 Nihilism. It was always nihilism. It has always been nihilism: the whole, ignorant heft of my literary efforts. Nihilism which, to the uninitiated and ill-informed, evokes at first glance a revulsion followed then by an outright rejection that says, “No! Life must mean something! It must have some sort of apprehensible purpose that might be intuited and affirmed by all!” — this transcendent “something” which the uninitiated erroneously believe can somehow be ascertained in and through the hypnotic sway of human language and the machinations of Reason; these same ones who are also ignorant of the fact that Reason itself renders any “intuition” that might be had “outside” and “contrary” to its own intuitions utterly untenable if not completely impossible.

There are other men who, troublingly, have fully succumbed to and embraced nihilism for what they, too, erroneously believe it signifies, that signification which to these unfortunate souls cajoles and coerces them into the irredeemable and unsalvageable acceptance of life’s inherent, isolated meaningless that they can do absolutely nothing about; their own resignation to such a claim by which they will thereafter use as justifiable grounds to spoil the naivety of those optimistic and hopeful saps who have not yet confronted Nihilism’s immutable claims within the domain of Reason; despoiling which typically sees the nihilist seek to embarrass the optimist by “exposing” the optimist’s apparent ignorance, innocence, superficiality, and stupidity; the nihilist’s intentions which nevertheless clearly expose his own contemptible expression of moral superiority over the optimist in a truly ironic attempt to re-establish a moral hierarchy upon which such ones might sit atop and at the expense of the so-called ignorant, innocent and stupid.

In my first book, when I approached the then-horrifying notion that God and His Spirit and all They might entail might alas be “nothing” – not only that they might not “exist” but indeed cannot exist beyond man’s ability to apprehend them, and amid the endless sands of my wilderness and at the midnight hour of my soul in which I truly wanted to believe that He, alas, could not exist in any dimension – I could not help but instinctively recoil at the thought: “if You cannot exist, dear God, what has it all been for? — I mean, not only my own middling existence but the evolution of the moral soul, the scientific mind, and artistic heart of the West and the development of the underlying civilization which enabled such things to be cultivated, that civilization of which I am proud to live atop and move among and would not be the man I am today without.”

It would take seven more years of writing and striving before I could stand as I do today as one who, though I have not nor will ever sufficiently overcome nihilism as I live in this body, but can yet still affirm with confidence and even assurance that: “yes, God does not ‘exist’ nor does His Spirit and indeed cannot insofar as they cannot be rightly apprehended in their totality as and for ‘what’ they truly ‘are’ by and to the limited mind of Reason.” Because of this, nihilism and the black yawning abyss of nothingness, purposelessness, insignificance, and futility in all that man can do or think is the lone truth of our existence and the inescapable end of every life and idea, and deed.

(There is truly nothing new under the sun. Indeed: “vanity, all is vanity and a ceaseless striving after the wind.”)

Yet I can now in a clear and happy conscience affirm with satisfied resolve that the above, in the domain Reason, is certainly “true”. But I can also affirm that God and His Spirit and His Christ are not of the things that might be “true” but are, in fact, “Truth” itself; Truth which, existing outside and independent to Reason, cannot be apprehended in their transcendent totality in and by the bodily senses of man nor the ceaseless striving of his reason. Truth, in order for it to be “Truth”, which is to say, eternal, unchanging, immutable, implacable, and omniscient, must and no doubt does stand apart and independent from that which might merely be “true” and thus finite, limited, and doomed to die as all things fashioned by the hands and mind of man.

For Truth to remain in its totality and transcendence and yet be in any way communicable to man, It must – as Spirit, as the articles of God – take the lead so as to ferry man through the black, yawning veil of nihilism which man in and of himself can in no way pass and yet remain still “man”; the other side of that abyss which is indeed the realm of Paradox and Offense and Contradiction, here christened “Faith”; Faith which does the ultimate choosing as well as the willing and the acting; God’s sovereign election which is, just as Truth, independent the will and want of man and must be in order for Him to be God which is to say “the Will of the will to power of all”; His Will which is purpose and intent far beyond man’s reckoning insofar as “purpose” and “intent” is “what” God, from man’s perspective, is and cannot to man be anything but.

God is the Elector, not man. To he who will be saved, he is saved and has been since before the foundations; such a one, in an eternal sense, is always saved and can at no time in his life be fully alien to his salvation, no matter the way that he might currently seem in his flesh to we who are also flesh.

God, of course, knows no time. His election is irresistible and unconditional for all places and for all time, otherwise, He would not be God, which is to say “That toward which all ‘things’ strive and must lest they lose their ‘thingness'”.

Now, the unknowable sovereignty of God might seem like a neat and tidy psychological device used to displace my own existential responsibility onto a transcendent, fully-autonomous entity so that I may overcome and otherwise bypass the immutability of Nihilism in the domain of Reason without any mental effort, and perhaps it is. But yet He still compels me to confess: “Indeed, all is Will of the will to power in Reason, and that power be, if not the manifestation of God, then at least an affect He operates in and through to bring about man’s ultimate salvation and redemption — God who wills man is to come to the end of his own pitiable will so that His Will might take total control of all ‘that is’ to accomplish that which man cannot and, moreover, would not even if he had the power. By this does God prove Himself as God and man as the creature man.”

By all means is this neat and tidy and also inescapably offensive in its oversimplification to the easily offended mind of Reason of one who has not been chosen for so unfathomable an end by Him who wills. God dwells in Offense and is indeed the Offense of Reason; Reason which prefers complication and needless controversy over simplicity. For such complexity, alas, gives Reason “something to do” and otherwise bestows upon it yet one more task whose summit will only ever terminate in nihilism; that summit which looms perpetually over the teleological ends of man like an endless false peak which, once reached, merely brings into view another false peak, then another, another.

Glory be to God who chooses and alone has the power to choose and not man. For in and through this Will, this Will of all wills, is salvation and sanctification made possible.

Everything I have ever said is neat, tidy, and obvious to the one who has so graciously enjoyed such similar grace; neat, tidy, and also repulsive, and disgusting to he who has not so enjoyed it.