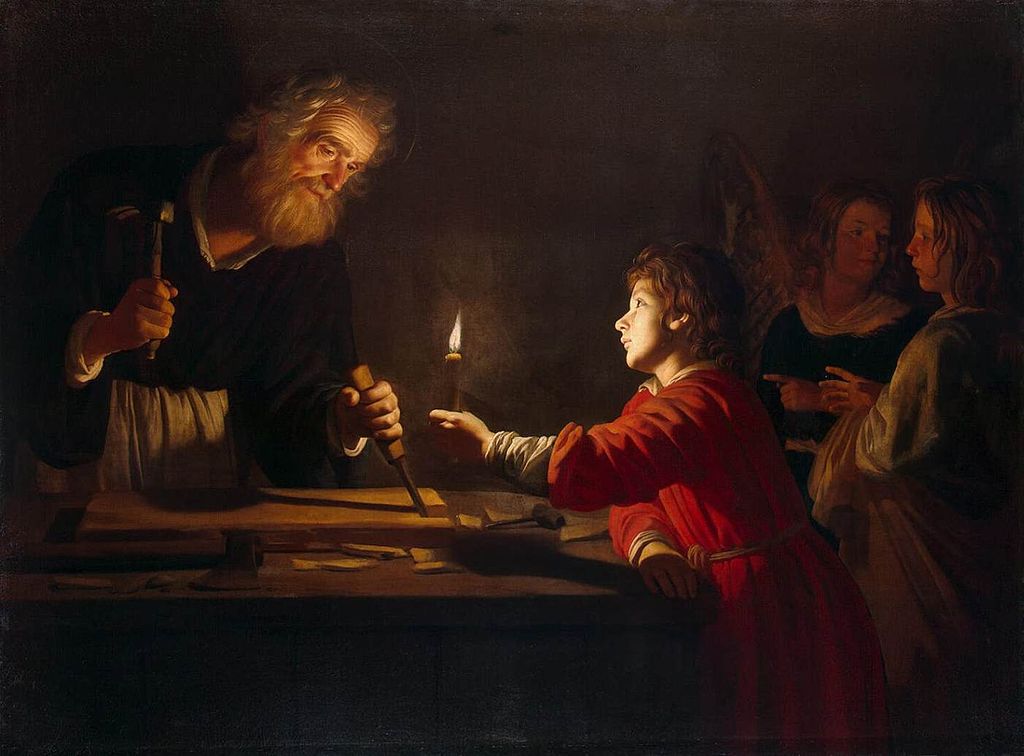 208. The Spirit searches all things, even the deep things of God. For who among men knows the thoughts of man except his own spirit within him? {1 Cor 2:11} So too, no one knows the thoughts of God except the Spirit of God. {1 Cor 2:11, cont.} Further, we have not received the spirit of the world, but the Spirit who is from God, that we may understand what God has freely given us. And this is what we speak, not in words taught us by human wisdom, but in words taught by the Spirit, expressing spiritual truths in spiritual words. {1 Cor 2:13}

209. The natural man does not accept the things that come from the Spirit of God. For they are foolishness to him, and he cannot understand them, because they are spiritually discerned. The spiritual man judges all things, but he himself is not subject to anyone’s judgment. “For who has known the mind of the Lord, so as to instruct Him?” But we have the mind of Christ. {1 Cor 2: 6-16}

210. So then, the Spirit of God communicates with the man who alone can perceive and thus apprehend Him, even if that apprehension undermines and confuses that man’s senses — man’s own internal spirit which God’s Spirit, as stated elsewhere, must quicken from death to life by His holy power so that any sort of communication might begin in earnest, the apprehension of which is realized, as stated, in and through a life lived in the Spirit and according to the Spirit.

211. If Truth is not complete before the Spirit chooses to reveal it to man, then it cannot be ascertained as Truth, at least not the Truth that it will “later” purport to be, this later development which nullifies and brings to not the first and renders the last unreliable.

212. Truth, like the saving work of the cross of Christ, is not potential, it is actual, meaning, it was completely finished before the need for the actual Truth even arose in the world of men and his things in the first place.

213. What is “true”, i. e. discernable and intuitively apprehendable to the reason of man by use of his senses without any need of intervention from the will and working of the Spirit, is potential and thus subject to conditionalization, alteration, and decay. What is true is not actual, i. e. complete.

214. Truth, on the other hand, is not eventual. Nor inevitable. Nor is it given to all, nor accessible to all, especially not those who are particularly “worthy” of its revelation according to the flesh for it is in no way conditional. {1 Cor 1:28} It is first and final and only subject to the will of the Spirit which “blows where it wishes, and you hear its sound, but you do not know where it comes from or where it goes.” {John 3:6-8}

“Praise be to You, Holy Spirit of God, that You decide what shall be apart from the will of man to bring about whatever You so will.”

215. I suppose it is the work of our spiritual adversary working in concert with our fleshly desires to lull the modern world to sleep not only to the problem of sin in the world – to include its ineradicable presence in the life of the ungodly and its effects – but to the fact that sin, in our epoch of neverending subjective relativism, even exists at all, and if at all, that it is a matter of first principle in the lives of the living.

216. Every world religion, human philosophy, humanistic sensibility, and cultural ideology is converging upon a single, irreducible, and blasphemous point that is damning untold millions to hell: that man is inherently “good”, needs not a supernatural savior to rescue, resurrect, redeem, and reform their lives of dead and futile works, and that anything bad in the life of a man results from the low esteem of his own inherent goodness and supposed power, and, contrarily, that anything “good” that comes to him is due to his right thinking, high self-esteem, and even his own carnal ability to supposedly walk blameless according to the law of God.

217. Christ saves us from the inexorable slavery to sin and liberates us in our own humanity, not to a life lived completely free of sin, but a life that no longer can do nothing else but sin.

218. God through Joshua drove from the Promised Land not every nation that previously dwelled therein precisely so that through the heathen, God would “test all those Israelites who had not experienced any of the wars in Canaan.” {Judges: 3:1} God further commanded them to “not associate with these nations that remain among you; and to not invoke the names of their gods or swear by them. You must not serve them or bow down to them. But you are to hold fast to the Lord your God, as you have until now. The Lord has driven out before you great and powerful nations; to this day no one has been able to withstand you. One of you routs a thousand, because the Lord your God fights for you, just as he promised. So be very careful to love the Lord your God.” {Joshua 23:7-11} In much the same way does the Lord lead His church out of the bondage of sin to a life in the spirit. In that great and mighty work, He likewise does not drive away from our lived experience every sin that may beset a man even in light of our spotless justification in the eyes of the Father through the atoning work of Christ, so that we would know how to war in the spirit which will ultimately force us to hold fast to Him and to seek Him in all we think and do.

219. Before Christ I could not do anything but sin, in Christ though I may outwardly sin, I am eternally and perpetually made righteous in His sight for He sees me with eyes outside of time and space. Even if I must still exist in my flesh, I can yet live a life of faith pleasing to God. This is yet another circle of the life of Christ which is not easily squared.

220. The irreducible point to which the Truth of God converges is that no, man is bad, dead, a slave to sin, and utterly putrid and rotten in his flesh and, in this deadness, can do nothing good at all, even if men in their own fallen deadness esteem the deeds he does as good. Only, then, through the saving grace of an external Force can the dead man be resurrected to life, and this by no will of the dead and ineffectual man but by Him who is alone mighty to save and can, in Him who alone is life, He who is life and, as life itself, alone gives life to those whom He chooses.

“Thank You, Lord, that in You alone is life. Thank You for the simplification which is the cross of Christ and His gospel. In them is all the riches of the wisdom of God whose depths cannot be plumbed and height cannot be measured.”