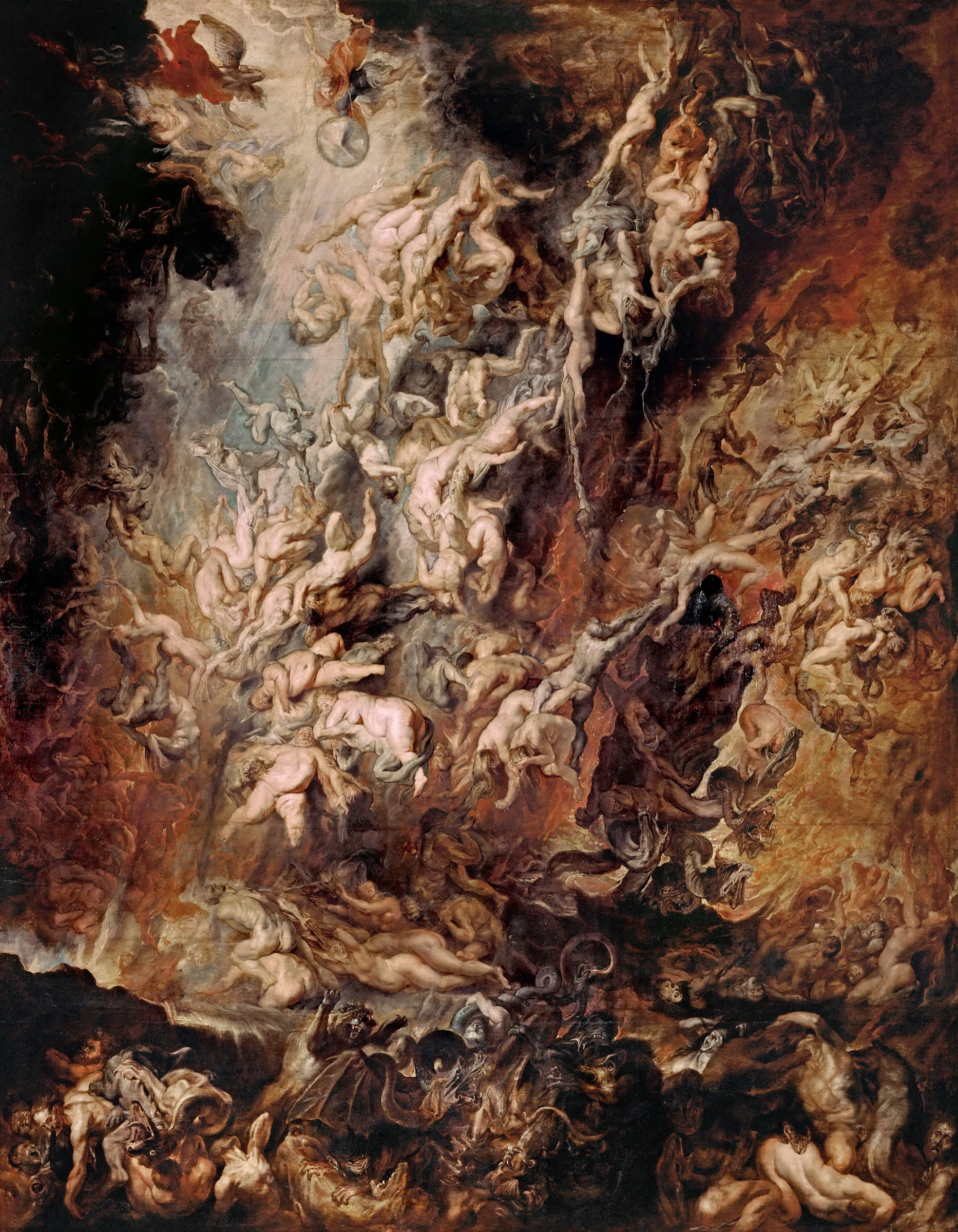 221. If the faith I now stand on was “my own” and not the faith of God, I would have forsaken it, as I, in fact, did in the depths of my desert wanderings.

“Praise be to God for its dispatch.”

“Praise be to God for His, and not mine, no, nothing at all that is mine.”

223. In and to the redeemed heart of man, that nexus of man’s emotions and seat of his most intense passions, loves, and hates, does God indeed speak to man in words often (if not always) inexpressible to the mind of Reason and mere human language and the senses by which language speaks.

224. The mind, though indeed subordinate to the heart in one’s communion with God, is nevertheless indispensable when it comes to discerning that which one’s heart perceives in secret by making such things known in “the public arena” of one’s full personhood. For how can a man love that which he does not know? Or know what he has not first experienced even at levels imperceptible to his cognitive facilities?

225. Indeed, it is the sole duty of the mind to justify that which has already been decided in and by the heart, whether to love or leave — as in a belief system, a human relationship a particular sin, a life, country, home, calling, what have you.

226. Sins committed against one’s body are indeed the most grievous of all that could be committed.

227. Sins of the flesh, especially the repetitive and near autonomic kind that one does without thinking, almost out of sheer boredom – given the fact that they almost always arise because of some past trauma or neglect and, being so sensually and emotionally addictive in their orientation in that the sensuality of the addiction always seeks to assuage and soothe the memories or perturbations of the initial trauma – make of the flesh an idol of flesh which is worshipped by the flesh and through it condemns the flesh to a cyclical pattern of habituation which, because of its power, eventually coerces men to “exchange the truth of God (written on every heart) for a lie.” {Rom 1:23}

228. When God allows this exchange to occur, such ones – so darkened in their understanding – lose all sense of right and wrong, good and evil, male and female, light and dark and thus everywhere create idols in, of, to, and by their own dimmed conscience; those idols which will unanimously declare that “free will is god” and that “freedom begins in the body”, specifically, what one chooses to do with that body and with whom. Finally, in the most advanced and corrupted state, the man who at first “simply” sinned against himself begins – because of his near irredeemable hardness of his heart – to sin against others. The more such a one “gets away” with their crimes without repercussion, the more heinous the crimes become. Such is how mass murders are born, and also homosexuals, rapists (both of women and children), aborters of babies, and all those other defilers of the body who first defile their own, even in the slightest degree.

229. In one’s unrestrained zeal for the enduring faithfulness of God who rescues His prodigals from the depths of their vanity and places such ones back in accordance with the Lord’s sanctifying will, such ones who will often outrun the immense degree of grace that was shown to them in his desert and not apply such grace to his own relationships that he in all likelihood bludgeoned amid his bewildered wanderings and now seeks to mend with the “flaming sword of truth” that they suddenly find throbbing and hungry in their shaking hands.

230. The believer who primarily communes with God via his head, we shall call “reformed”. The one who communes with his heart, “charismatic”.

231. What is needed more than either of these is both a heart of flesh and a malleable mind.

232. Not, I suppose, too fleshly as to fall into carnality and sensuality and not too malleable as to believe and accommodate one’s beliefs to any sort of silly notion, but those that might be sensitive and also responsive to the leading of the Spirit into Truth that both transforms the heart and renovates the mind.

233. A great threat to a man’s spiritual balance by which he might mature in a manner befitting both the love and wisdom of Christ is if either the heart or the mind remains callous while the other breaks free of the stony carapace that once enchained it. Indeed, the only person worse than the heartless theologian is the mindless sensationalist. Both are equally damaging to the body of Christ. As it is written, they are “dull of hearing. {For} although by this time {they} ought to be teachers, {they} need someone to reteach {them} the basic principles of God’s word. {They} need milk, not solid food! For everyone who lives on milk is still an infant, inexperienced in the message of righteousness. But solid food is for the mature, who by constant use have trained their senses to distinguish good from evil.” {Heb 5:11-13}

234. There are 4 primary theological accomplishments that Christ satisfied on His cross:

1) Salvation – realized by and through the Lord’s choosing grace which by His power alone raises a dead man and his dead spirit to life so that he can come to a saving intimacy of Christ through the faith that one is given by the Spirit through this resurrecting act;

2) Justification – by and through Christ’s atoning work on the cross in which Christ’s life and work are inputted (i. e. ascribed to someone by virtue of a similar quality in another) to those whom He chooses and through it, they are declared as righteous before God. By this justification through faith, a man attains right standing before the Lord by the law of Christ through this saving faith and not by the words of the law and works of the flesh;

3) Sanctification – the ongoing process in which the Holy Spirit molds a man through trials and suffering into the image and likeness of Christ;

4) glorification – the elect’s future redemption which will see them clothed in Christ’s likeness, reborn with a new and eternal body in which they will be able to behold the glory and majesty of the Lord and be with Him as Bride forever. As it is written, “for now we are children of God, and what we will be has not yet been made known. But we know that when Christ appears, we shall be like him, for we shall see him as he is.” {1 John 3:2}

135. If anyone is unfit for election based upon the continued practice of his own wretched abominations, it is this writer.

236. Law and works are synonymous and their union, ineradicable.

237. The good man and his works, i. e. the whole of humanity save the psychotic and mentally damaged, provide no clearer example that the law of God is written the heart of every man. Every single man.

238. The presence of this law and the knowledge of it and our instinctual sensitivity to its commands provokes all men to a knowledge of sin and by it, judgment.

239. Judgment by which all prudent and sound-minded men, in their sound-mindedness, cannot keep from attempting to assuage or extricate themselves therefrom by prosecuting those courses of action they believe to be consensually “right”, “acceptable”, “honorable”, and “good”.

240. But, being absent of God, though such actions may seem good to he who is dead as well as the whole realm of the dead and dying, they damn the good man even more definitively than the overtly bad man principally because, though the good man was, no doubt, at one point sensitive to his sin and the impossibility of being extricated from the sting of its judgment, amid his works has deluded himself of the acceptance of such an impossibility with the idea that through his goodness he will be accepted and justified by a “sound, moral, just, prudent, and respectable” God, if there even be one.

241. The mortal sin of the good man, then, is his denigration of the holy wrath of God which, paradoxically, is held at bay by God for even the good man’s salvation. {2 Peter 3:15} But the good man cannot see such wrath which is the irreplaceable hallmark of the nature and character of God because the good man has committed and commits the subsequent sins of idolatry by fashioning from his own prudent and sound-minded assumptions his own prudent and sound-minded god who couldn’t possibly “condemn a man to hell full of all those many good and ‘selfless’ works for humanity and the earth”.

242. Without wrath there can be no love, nor grace, nothing from which to save and deliver a man.

243. The good has no excuse for denigrating God of His own nature and character, the instinctuality of which is, along with the law, imprinted upon the heart of every man.

244. Notwithstanding the modernist’s attempts (specifically T. S. Elliot) to separate the writer from what is written, that which is written is indistinguishable from the one who wrote it.

245. Knowing thus the “unspoken” law of God as well as having an implicit understanding of the One who wrote it, the good man through his works, disparages this Lawgiver and thinks little of the holy and unspeakable things He has done to impute the righteousness of the innocent onto the good man’s lowly account, if ever the good man was to cry out for it.

246. Indeed, the good man hates the cross of Christ, hates even the idea that there would need to be something else added to his works to make him right before God.

247. As stated previously, the good man esteems so lowly the great a work of salvation as evidenced by the fact that he believes that his pitiable acts of charity, or suppose selflessness or self-sacrifice are greater than the work of God in human flesh upon the Calvary’s cross; the good man’s denigration of Christ which, in turn, endeavors to lift his own good works before the altar of God as a proud testament to the “holy and blameless” life such a one lived in the deadness of his flesh.

248. Can it not thus be said that, if God does in fact view sin hierarchically (which I believe He does not, both in principle and in the eyes of His holy law; in practice perhaps, specifically as certain sins unfold and create unforeseen collateral damage to others that certain other sins do not), that “the good” which so-called “good men” do is, in fact, the most detestable of all sins that man could ever carry out in field of space and time?

249. The good are indeed beyond saving.