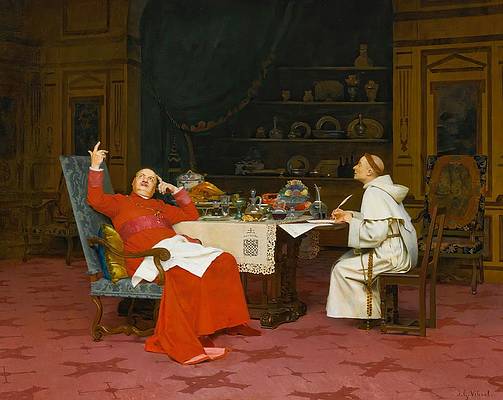 295. The egregious license that most in the so-called “Christian Charismatic Movement” take upon themselves to their own carnal deception and fleshly destruction is evident for all to see and need not be expounded here. But the counter sentiment expressed by those of the so-called “reformed” arm of the faith, that sentiment which negates and relegates the dunamis of God acting in and through the world only to first-century apostolic times, is as equally damning as their Charismatic opponents.

For such ones who so professly deny the power of God and His Word for our times or for any other time, in fact, besides a very brief period 1900 years ago, perpetuate their own deception and bring judgment upon themselves by the fact that they regard “miracles”, which come to man from God in many diverse forms, as not only “inapplicable for them” but “inapplicable for every Christian since the death of John the apostle”; these ones who, just as the Charismatics err too much in favor of trusting the heart – of which we can all agree is deceptive – err too much in trusting the reason and rationality of their minds to lead them to the Truth, their minds which, however reformed such thinking might be if washed in the blood of Christ, is yet still “a mind” and thus suspectable to its own deceptions which, though the deceptions of the heart tend to be relatively short-lived, the deceptions of the mind will continually seek to entrench, reinforce, and build innumerable citadels for its own defense which, as is the nature of the mind, prevents the verities of the heart in which the Holy Spirit of God dwells, from ever expressing themselves, rendering such ones as imbalanced as the Charismatics in their denials of the real actualizing power of the Spirit of God in the world; such ones who, if they continue to hallow their minds as the ultimate arbiter of Truth, run the risk of denying the hidden miracles and mysteries of Christ intrinsic to salvific belief itslef, those such as “Christ in us, the hope of glory”, and “the mysteries of Christ which have been given to us” and “the Word which is living and active and sharper than any two-edged sword”. {Col 1:27, Eph 1:9, 1 Cor 4:1, Heb 4:12} That such reformed thinkers have powerful minds is unquestionable. Equally as unquestionable is that such ones, leaning upon their natural strengths as humans are apt to do, rely too heavily on those minds which, as minds, are the chief deceivers of man, whether saved or damned.

296. A cursory perusal of the lives of so-called intellectuals of the last 3 centuries is an exercise in voyeurism of the most repulsive kind. One of the most glaring similarities of the lives of these troubled souls, aside from their debauched sexual proclivities, narcissism, inescapable indebtedness, and rapacious idealism, is their conspicuous ownership of some sort of physical deformity, those which often run contrary to their lofty view of themselves and their physical and mental prowess. Indeed, if one was to gather such intellectuals in the same room it would read as a panoply of those cursed of God, whether such deformities are due to their sins or those of their parents. {John 9:2} Such physical imperfections are a far cry from the prejudices of the ancients who thought that proper symmetry of the face and the equipoise proportions of the bodily frame meant that such a well-constructed individual was both morally, intellectually as well as physically superior to other men not so blessed. Indeed, it is of interesting note that Socrates, as the lone exception to this rule, was continually ridiculed for his ugliness. Indeed, that he was so “ugly” no doubt gave the Athenian judges all the more reason to put him to death because of those blasphemies which could have only come from so ugly a soul and mind and outward appearance. But, if judging from the few sculptural depictions of him are in any way accurate, Socrates is, by modern standards anyway, simply a fat, balding, large-nosed man, not overtly hideous and in no way deserving of the ancient lambasting he has throughout the centuries endured. Herein again shows us how divergent our modern sensibilities differ from the ancients.

297. Socrates, evidently a man of superior physical prowess, endurance, and stamina who, as Epictetus recounts, “was the first to go out as a soldier, when it was necessary, and in war he exposed himself to danger most unsparingly.” His bravery in combat is well-known and his devotion to the state that he criticized is admirable, especially to we moderns who, in our day of hypocrisy, cowardice, moral weakness, and apathy displayed by our own “intellectuals” and also political and societal leaders alike, talk of war as if they intimately knew its horrors as well as its costs, but, in fact, know nothing of such realities. This Socrates, however, in light of these things, would stand as a physical exemplar alongside the vast majority of our modern intellectuals.

298. Can it be said that, hating the deformities of their physical body, our intellectuals spew their hate and venom at the God whom their base philosophies despised for bestowing upon them such an ugly fate?

299. Indeed, could those disquieting ailments of intellectuals have informed their thinking? Further, could their writings be an outward manifestation of their internal unease and manifold agitations?

300. The Greeks would say so. Indeed, none of these so-called intellectuals would have even feigned to raise their ugly frames in the forum or agora for fear of embarrassment and harassment by their listeners. “Can anything good or wise or virtuous come from so physically embattled an individual?” {John 1:49}