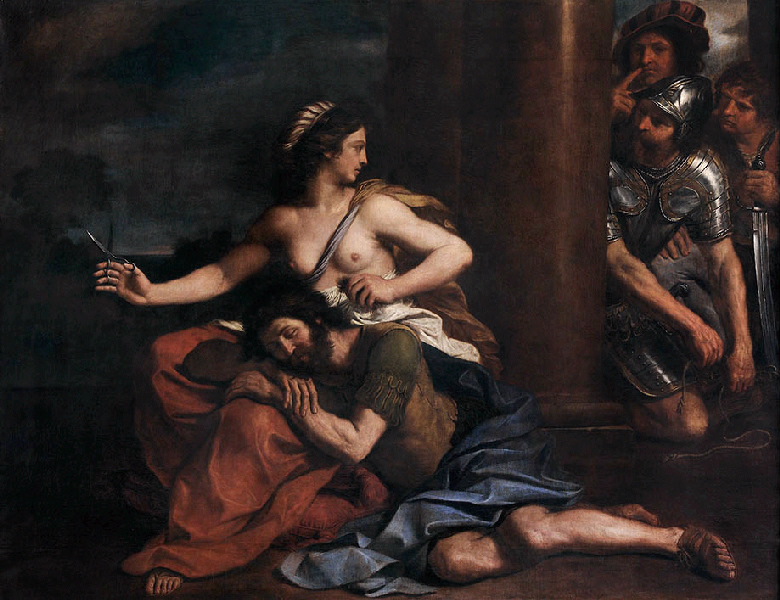 31. Why should women not be allowed to hold church office, preach, or exercise authority over a man? Because the church is set apart, gravely serious, and charged with dispensing the most weighty and difficult responsibilities known to humanity — and women are always sensual and often frivolous (those are her greatest qualities, in fact). Though created for Adam, Eve, in her carnal nature and in accordance with the curse the Father laid upon her due to her disobedience {Gen 3:16}, seeks to control and dominate Adam who represents God the Father, or in other words, “the active, initiating principal in the cosmos”. In and of herself, woman has not the power nor hardly the will to “make anything happen” by and through her own devices. No, she must work through Adam and does so in her carnality through her carnality, which is to say, her sensuality, her body, and all her sexual allurements which men everywhere find intoxicating and irresistible.

32. Think me harsh in this assessment? Show me a woman who believes in the total and unwavering sovereignty of God, that He, by nature of His reality, renders impossible man’s freedom of will and leaves no deed or thought to chance but brings all – whether good or bad, right or wrong – under His divine control and responsibility.  Virtually no woman will come to the truth of this critical knowledge without a man to instruct her, and even then will the overwhelming majority of modern women reject and repulse it, liberated (principally in her sexuality) as she is from the so-called “shackles of the patriarchy” and now the unchallenged ruler of contemporary society which is doomed to fail principally because man, through his decadence and weakness, allowed and even enabled.

33. As one so strong in body, that body which is derived from and also dependent upon the senses for its continued actualization, any “spiritual insights” that she may believe she, as “leader”, as “head” has been given will be sensual in nature, meaning, overtly emotional, subjective, and sensuous, if not utterly “fantastic” and indeed doctrinally and scripturally groundless. For such is the nature of all things spiritually “fantastic”: those that will be unavoidably rooted in utterly subjective “visions” and “intimate face-to-face discussions” with the blinding Lord of Light, all of which are based not in actual revelation but are rooted in the palpitations of her senses and desires of her loins.

34. Such is why women are overrepresented in so-called “charismatic” denominations in the church. For “charismatic churches”, according to that descriptive moniker of which they are not ashamed, is commonly defined as “compelling attractiveness or charm that can inspire devotion in others.” Indeed.

35. Perhaps because women inherently lack the active principle placed in man by God the creator of us all, that principle which is chiefly responsible for man’s conspicuous overrepresentation as leaders, innovators, and pioneers in virtually every arena of human life and thought (i. e. art, science, religion, philosophy, as well as all their many subcategories), I have never found a single woman’s ideas and opinions in the least bit compelling enough to warrant a second, much less a third glance nor any more than ten minutes of my time.

36. Invariably, whenever a woman is held up as having something “great” or “lasting” or “important” for society, science, culture, or the church of Christ, the focus – whether diverted by her own will or the will of those holding her up -will in every case retreat to the fact that she is “a woman who is doing great in such-and-such arena in spite of man’s hitherto patriarchal stranglehold of that arena”; her retreat which muddies everything she says with inescapable bias and taints any useful insights she may have in the moral veneer of “inclusion and diversity” of which we moderns are all required to honor and respect as a matter of course, all the while passing over her potential contributions through our emphasis – and hers – on her womanhood.

37. The “charismatic expression” of the church is carnal, sensual, and given to lavish displays of emotionality. Therefore it makes complete sense why it allows so many women to call themselves leaders among its ranks because women are sensual and carnal.

38. All the same, sensual men are decadent caricatures of men and thus not “men”, properly understood.

39. One might also call sensual men “effeminate”. These will not inherit the kingdom {1Cor 6:9}. Some translations exchange “effeminate” for “male prostitutes”.

40. Indeed, insofar as our entire culture is now so thoroughly effeminate as to confuse and also obsess itself with the basic conditions that “might” comprise human gender, it comes as little surprise that “the church” (which is nowadays a pseudo-political subculture), beholden as it is to the norms and values of the “culture” of which it is now subordinate, is overwhelmingly – though not yet entirely – carnal, sentimental, and everywhere led by women, which is disgraceful to Christ and indeed an abomination before the Lord {1 Cor 14:35}.