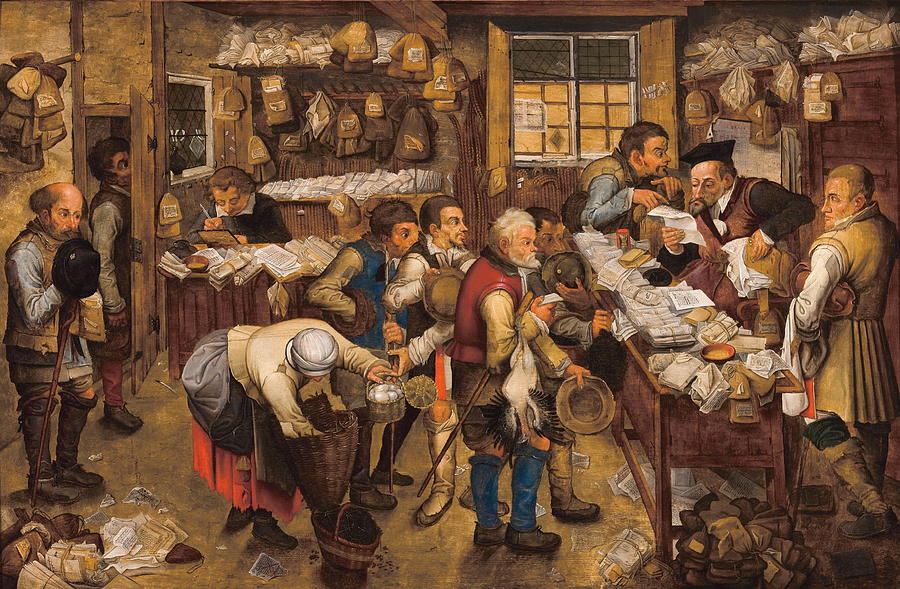 41. God, as humanity’s fully sovereign lord, needs nothing from humanity, the same as no earthly king in no real way “needs” anything from his subjects, except obedience, perhaps, but that solely for their own earthly good.

42. God does, however, desire everything from His subjects. More than everything, in fact.

43. What God desires, He receives and achieves, no matter the protestations of His creation. That He desires something at all predestines His achievement of it. Life can be no other way. In fact, that His creation struggles against His will grants creation the knowledge that it is not God nor could ever be.

44. Jesus Christ, both in a philosophical and literal sense, is actual, as is the Holy Spirit.

45. God is not potential, nor are any of His works.

46. The Spirit does not need man’s permission to inhabit whoever He so will.

48. To reiterate, apart from God’s grace I don’t merely doubt the goodness of God, I hate Him and actively work against Him wherever He apparently appears and in whatever capacity I can; me and everyone else who finds themselves in such an unredemptive and carnal state, which is the default state of being of the vast bulk of humanity across the whole world throughout the entirety of the ages.

49. Whenever the truth of God’s sovereignty is given as a gift of grace from the Holy Spirit and not the clever indoctrinations of man, however “insightful” such doctrines might be – that holy truth which declares from every conceivable angle and in every instance that it is God who is in control of all things be they “good” or “bad”, and that it is His will, His destining, and His choosing that continually overrides man’s “will” and “choice”, and, further, that God destined all things before the foundations of the world – the only response that one so predestined can make is to fall on their knees and cry out, “Oh, the depth of the riches and wisdom and knowledge of God! How unsearchable are his judgments and how inscrutable his ways!” {Rom 11:33}

50. Any response to the contrary, such as “God, I thank you that I am not like other men, extortioners, unjust, adulterers, or even like this tax collector,” {Luke 18:11} indicates that the Holy Spirit did not impart the revelation but instead the carnality of man which in every case leads to pride.

51. In fact, the accusation of pride against those so enamored with the truth of God’s sovereignty is always charged by those who have not been arrested by its unassailable glory. Such accusations are normal and understandable, and in nearly every case come from within the church and not from without.

52. Holding an impossibly “high view” concerning the sovereignty of God and also the distinctiveness of the individual personhood of the trinity – the former which says that man is not most important among all that-is, the latter which helps elucidate that God is not simply engaging with different “aspects” of Himself (like His mind merely engaging with His will) but that fully differentiated and yet interdependent, transcendent, irreplaceable, and distinct personalities are engaged in a real, actual, purposeful, and unfathomable relationship with the other distinct personalities of the Godhead – will help one better ascertain the purpose of all “that is” and “is not”: that God the Father loves the Son to such a terrifying degree that He chose to create a companion for Him by His own blood of the cross.

53. God created a companion for Adam, who is his Eve – an earthly companion that was made in the image of earthly man. In much the same way is God creating a heavenly companion for His heavenly Son. His companion, His “Heavenly Eve”, whom Father has single-handedly chosen for His “Last Adam” which will, at the end of the age, be the Son’s “bride”: the fully redeemed, fully sanctified, spotless and blameless church, which He will hand over to the Son as His companion for all of eternity. The Father did this according to His unsearchable love for the Son.

54. Such is the purpose of all things. Man is, from the perspective of the Godhead, not the end and goal of what-is, but God’s love for His Son. A redeemed humanity is God’s gift to His Son. This is the meaning and purpose of all.