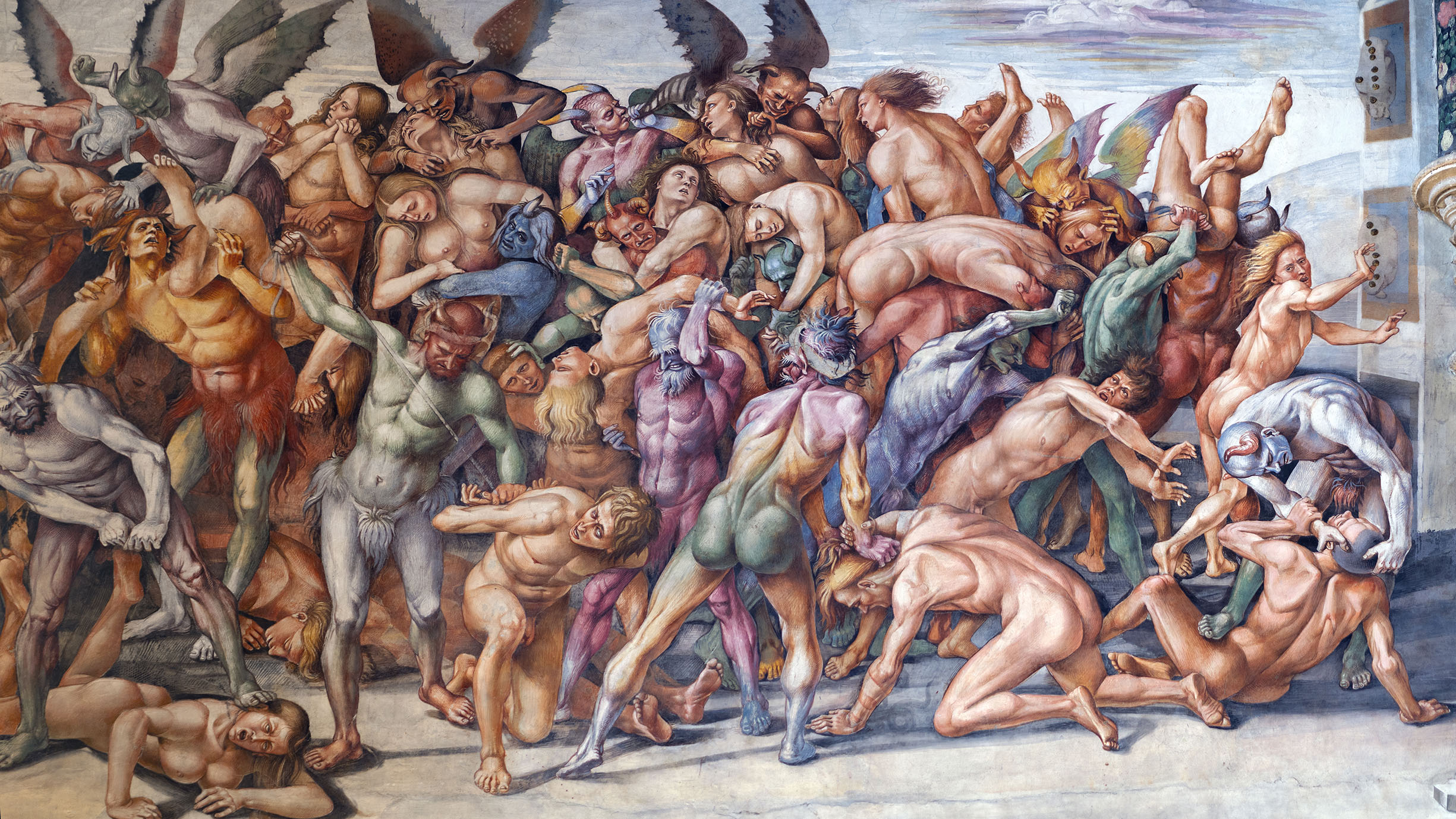 65. God is not God unless He is wholly and unequivocally sovereign and omnipotent over that which He created to will and to do however He so pleases.

67. It wasn’t so much that God ordered Abraham to sacrifice his son Isaac to Himself that would bestow upon that man the title “the father of faith” – for the act of sacrifice, even human sacrifice (even sacrifice of one’s own child {2 Kings 3:27}) during the time of Abraham and after as decreed by the lesser gods who held sway over the minds, thoughts, and imaginations of the archaic peoples was not an unreasonable request and in no way outside of the horizon of possibility when dealing with those inferior entities who lusted after the flesh of man and the material acts of the flesh (for Abraham, it should be noted, did not require clarification from God when God told him to make a “burnt offering”, but, presumably, carried it out in the hitherto “traditional” manner of sacrifice according to the oldest and most ancient edicts generally known and practiced by all), but that God, upon seeing that Abraham was intent on carrying out that which He had instructed him, instead stayed Abraham’s hand by the strength of an angel and provided for him an alternative sacrifice – a literal scapegoat (or scape-ram) – which would stand as a substitutionary atonement later fulfilled in the person of God’s Son who would be the perfector of Abraham’s faith and consummate the centuries-long sacrificial act itself; not that Abraham did not intend to carry out the sacrifice but that God, the only living God, decreed that He would supply the sacrifice, with the implication that any victim supplied by man would be utterly inadequate to satisfy the eternal law of God which is in every way spiritual, and thus transcendent and eternal.

68. The most salient truth of the story of Isaac’s sacrifice is that, though Abraham, animated by the faith he had in God’s promise to proliferate his offspring while moving forward into the offensive absurdity that carrying out such a sacrifice would in every way bring to the initial promise of God {Gen 12:1-3}, jeopardizing as surely it would the fulfillment of God’s promise according to the flesh and to rational sound mindedness, was nevertheless both willing – and able – to kill his son and was intent on doing that very thing but was supernaturally kept from carrying it out. No known god until this point had ever kept man from carrying out a decree if their human vassal was so able and so willing. For no god until this point in history demanded something as elusive and mysterious as “faith”. Because the gods’ “reality”, by way of their working in and through the senses of man through talking stones, hungry idols, magical sigils, and via the very speech in the ear of man, was in no way questioned. To question the reality of the gods at a time when the boundaries between Faith and Reason had not been fully established – this fluid and confusing psychological state in which many archaic “men” lived as a collective, objective, and undifferentiated whole instead of a “consensus” composed of “individuals” – would be akin to questioning the reality of a friend, a spouse, or a neighbor in the flesh. For so did the old gods in every way seem to man — as an actual, “material” reality. But God, the only eternal, living, transcendent God of Truth, who does not dwell in stones nor in the senses of man chose and still chooses to communicate by some other means than the senses. Because of this, God erected in Abraham the paradigmatic foundation of the “domain” of Faith which had hitherto gone either unnoticed or unneeded inasmuch as Reason itself and also subjectivity, by the time of Abraham, was likewise in its nascency and was itself little witnessed on the earth, rendering Faith also in its nascency.

69. Most important for the history of mankind was not what Abraham accomplished through his act of faith as a man but what God did as God in Abraham, which was: the unveiling of the domain of Faith from which “man” emerged and in which God dwells and always will — and not only God but His Son, His Spirit, His Truth, and Values, apart from which it is impossible to please God {Heb 11:6}. So important was this act of unveiling by His sovereign decree that by the working of His Spirit of power, one might credit it more important to the salvific history of the world than even Adam’s fall in man’s willful subjectivity.

70. Through the fall came subjectivity, the awakening of will, and the awareness of good and evil – from which all other awareness comes – all of which was ripped from the disobedient angels whom early man reckoned “gods” (and we now call “demons”). Until the fall, subjectivity had been the sole provenance of the gods. Between the fall and the unveiling of Faith in men, man’s use of subjectivity and will differed little from that of the angelic-demonic gods. For the gods were man’s first instructors in the ways of subjectivity, their ways which amounted to mere depravity and privation which resembled little more than the ceaseless striving for power over the pursuit of virtue and wisdom. But such was the will of God to endure with much patience vessels of wrath and their evil deeds prepared beforehand for destruction {Rom 9:22} so that through man’s innumerable trespasses His grace might evermore abound {Rom 5:20}, grace which He would not show to angels {Heb 2:5-18}.

71. Before Faith, man was lost in his own perdition and his impossibility to not only please God but to even perceive Him let alone commune with Him in Spirit and in Truth, leaving fallen humanity little better than the angelic-demonic-gods whose years were at least a little longer than grass. Indeed, according to the Word of God, it appears that God more or less kept His interactions with those males in the direct lineage of Adam through Noah unto Abraham, from whom God’s engagement with humanity expanded until it culminated in “a people”, namely, the people of Israel, the nomadic, desert-dwelling Hebrews.

72. After Faith was man at least able to perceive, if nothing else, the outline of God’s raiment and through the faith bestowed by His choosing, could look forward to the sacrificial victim that He would supply, Christ who – the same today as yesterday as He ever will be  {Heb 13:8} (for He dwells beyond and independent of time) – saved those who waited patiently for His coming in the same way as we do today who, now looking backward at His salvation through that same God-given faith, all of whom await patiently His return.

73. Christ saved men before His first coming in and by the same mechanism that men after His coming are saved: through the Faith bestowed by God’s sovereign choice in the Lord Jesus Christ and His salvific work of sacrifice – before by the witness of Israel, after by the witness of His saints.