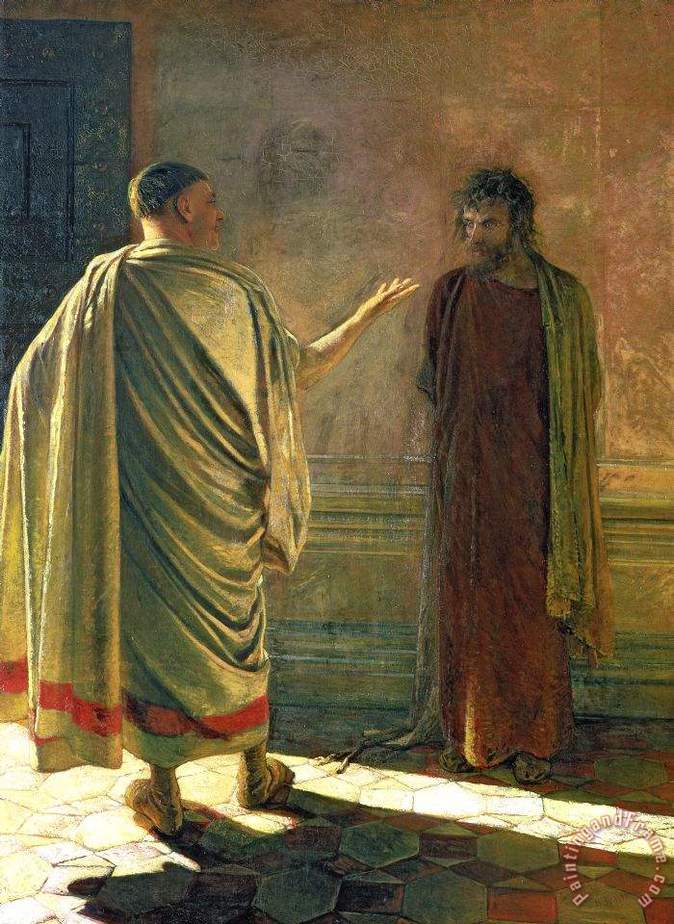 98. And this is right: God the Father, in, by, and through His unfathomable love for His Son, making His eternal plans known to Adam, in that “it is not good that man should be alone; I will make him a helper fit for him” {Gen 2:18}, likewise chose in His unknowable wisdom to make for His Son, His Last Adam, also a helper – this helper which is the “bride of Christ”: the church of the saints composed of those whom the Father predestined for His Son and for those whom the Son bought with His own blood before the foundations and were entrusted with the investment of the Holy Spirit to bring about the sanctification necessary to render His own the title, “children of God”; this Bride whom the Father will present to the Son in spotless white rainment at the end of the age to commune with forever to the glory and good pleasure of the Father; all of which is not merely to demonstrate His love to His Son, and by extension, all of creation, but to be a real, actualized gift that will be enjoyed by the Son and the Father through the fellowship of the Spirit for all eternity.

99. Such a Truth, if it is indeed accurate (which I believe it to be), removes humanity as the chief protagonist and central aim of God’s story and by so doing places man in the right standing with the right view as to the whole aim of creation in the first place. All to say, it wasn’t about man at all, but about the Father and Son, specifically, the Father’s inconceivable love for the Son by which He would eventually give Him an eternal companion, made from “the Son’s own rib” so to speak and according to His image and likeness; this bride which will, once the process of sanctification has been fulfilled by the Spirit, be “as He is”. As it is written, “when Christ appears, we shall be like him, for we shall see him as he is.” {1 John 3:2}

100. Any man-centered so-called “gospel”, which is in our age the overwhelming opinion espoused by so-called “evangelists”, is not only bloodless and powerless, but it is an idol that defiles the holiness and sanctity of the One Great Truth of humanity, that being: humanity is not the center of creation as the pre-Copernians once believed the earth to be, but the Son in whose irresistible gravity are all things held together. {Col 1:17}

101. If God’s promise to Israel can be and was revoked, any and everything He has ever said and promised can be revoked. Yet, the Holy Writ declares that “the gifts and the calling of God are irrevocable” {Rom 11:29}, yes, even to an apostate, stiff-necked people who, though “they are zealous for God, {their zeal} is not according to knowledge” {Rom 10:2}; that mistaken knowledge, of course, being that the Messiah would come first as a suffering servant and not the warrior king who would re-established the kingdom of Israel. That Christ did not come as another David was precisely why they “overlooked him”. That they instead chose to kill their Messiah and then persecute His church and finally doubt Him who might save them from their perdition is evidence that, given their intense zealousness by which they will preach the gospel at the end of the age and taking the apostle Paul as a kind of “first fruits” example of how a proselytizing Jew who was once a persecutor of the church (of whom all present-day Jews are) once softened by the divine election of God, will behave in this end-times ministry, God has clearly hardened the collective heart of Israel, if partially, so that the “fullness of the Gentiles” might come in. When the fullness does come, the kingdom will indeed be restored to Israel, yes, even to this deplorable and corrupt people, these enemies of God and subverters of the work of God on the earth — yes, even they will see the day of their salvation. For their kingdom and their salvation is also ours, for God has the power “to graft them in again” {Rom 11:23} and from this grafting to render “neither Jew nor Gentile, neither slave nor free, nor male and female, for you are all one in Christ Jesus. If you belong to Christ, then you are Abraham’s seed, and heirs according to the promise.” {Gal 3:27}

102. If the stiff-necked Jew will not be saved at the close of the age, “no man” can truly be confident in his salvation.

103. Further, if God does not do this grafting and thereafter restore the kingdom of God to Israel, the Word of God itself – and the work of Christ who is the Word – will have failed, however difficult it is for me – who rightly views the Jew throughout history as the enemy of God and defiler of His Son – to make such a confession.

104. I will and can never know the mind of God – not at all in its entirety nor even a single one of its unique particulars.

“Wretched blade of grass that I am, forgive me, Father.”

105. Easier it is to hope for and have faith in the completely irrational, offensive, and impossible – in that which is wholly spiritual and even mystical – than it is to believe in the simplest promise concerning the things of this world and this life delivered in the plainest and most erudite human language by God’s own Spirit to ears who do not want to hear such things.

106. God hardens and raises up, even to everlasting perdition, those whom He will, as it is written (speaking of and to Pharoah): “But I have raised you up for this very purpose, that I might display My power to you, and that My name might be proclaimed in all the earth.” {Exodus 9:16} If such hardening coerces men to die in their sins, so be it. God needs no apology. For: “Will the clay say to the potter, why have you made me like this?” {Rom 9:20}

107. Indeed, at the great judgment seat of Christ, beholding the piercing luminosity of almighty God, not a single reprobate will even remotely consider asking Him with bloody sword in His hand: “but You made me like this. You could have… You should have…”