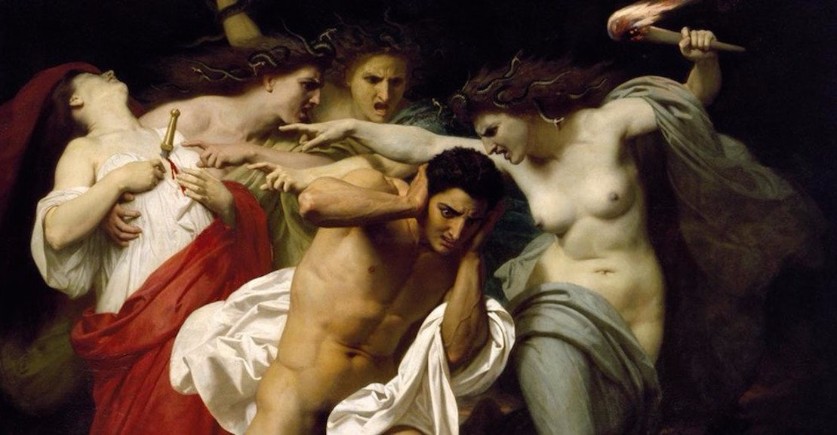 In Greek mythology the Erinyes (/ɪˈrɪniˌiːz/; sing. Erinys /ɪˈrɪnɪs/; Greek: Ἐρῑνύες , pl. of Ἐρῑνύς , Erinys), also known as the Furies, were female chthonic deities of vengeance; they were sometimes referred to as “infernal goddesses” (χθόνιαι θεαί). A formulaic oath in the Iliad invokes them as “the Erinyes, that under earth take vengeance on men, whosoever hath sworn a false oath”. Walter Burkert suggests they are “an embodiment of the act of self-cursing contained in the oath”. They correspond to the Dirae in Roman mythology. The Roman writer Maurus Servius Honoratus wrote that they are called “Eumenides” in hell, “Furiae” on earth, and “Dirae” in heaven.