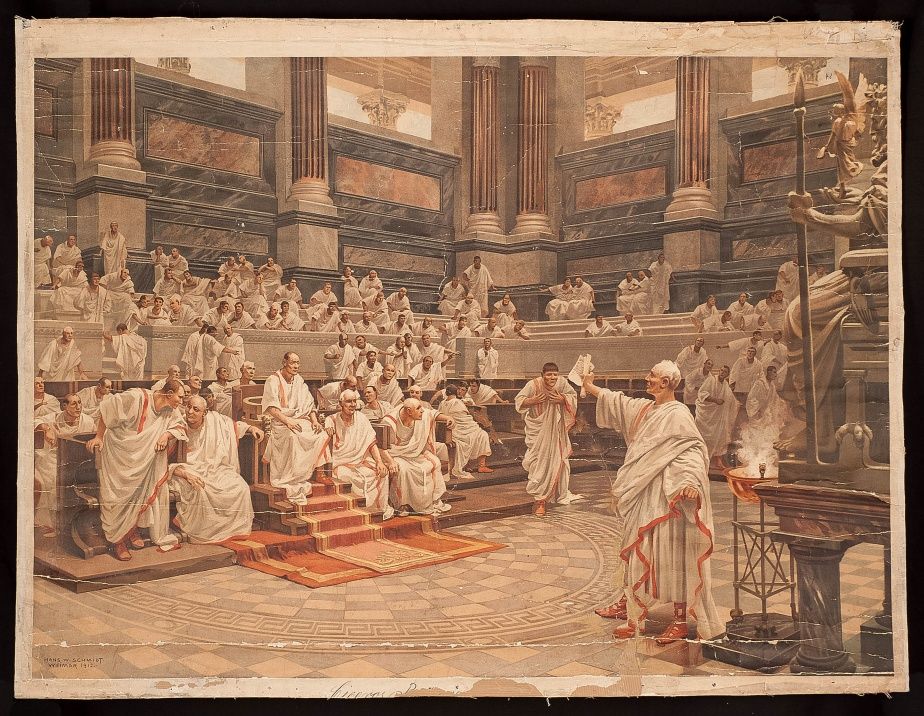 Ciceros Oration against Catiline in the Senate, Hans Schmidt

Decadence, from yet another angle, is “the optionalization of the necessities of life”, necessities which, arduous, tedious and responsibility-laden as they most certainly are, nevertheless formed and entrained man from his earliest beginnings to become who he presently is; necessities which the technological spirit itself has been laboring without rest to liberate him from the moment man first availed himself of that most primordial linguistic tool to shorthand his every task; man who from the start separated himself from the other beasts by his persistent reliance upon and exploitation of technological devices of varying import and design for his defense, expansion and self-actualization; the individual man who, from a certain towering vantage, is in all practical regards little more than a tool himself: an expedience which is still very much under development, modification and employment by that which is greater and more primordial, powerful, willful, self-aware and subjective: the purest example of which always manifests whenever a man gives himself over to ease, idleness, pleasure and decadence, the decadent – as the most thoughtless and ignorant that man is capable – who voluntarily makes himself a means and sensual slave to the strong and powerful.

How could men of a lesser consciousness not view those who possess higher consciousness as evil, insofar as consciousness is the degree to which a man both believes he understands, engages with and attempts to increase his own level of relative power, that which lesser souls are not only fearful of but also largely incapable of attaining by the merits of their own strength?

Language, insofar as it is reckoned man’s first and most omnipotent technological creation, that which enabled him to gain a certain semblance of mastery over the inescapable chaos of nature, is the very phenomenon that gave birth to conscious awareness in the first place, principally through its failure to continually fulfill the implicit teleological purpose for which man in his ignorance first developed language to address; that Failure which initially manifested through man’s inability to maintain his original intuitive, instinctual, thoughtless and mindless relationship to nature and, by extension, the mental world of others; language which, the more it matures, evolves and develops to encompass more numerous and nuanced sensual perceptions, further alienates the one who speaks from the brute innocence of that which he speaks about; speech which more than anything perennially contradicts its own primordial purpose the more it tries to mount a defense against its most essential accusations.

Nihilism is the dissonance that arises when a man loses faith in language’s ability to consummate that which its culturally-conditioned understanding originally intended; Nihilism the realization that the words one uses to structure his entire existential framework are irredeemable lies and irreconcilable deceptions; words which convey, in fact, the opposite of what man “really” and “truly” means, that meaning which is, of course, kept from his conscious awareness insofar as consciousness is itself composed of and also dependent on the implicit deception of words for its perception and articulation in the first place; realization which forces a man to not only acknowledge that he does not, in fact, “know” anything at all, but that he, alas, does not possess the proper tools to know even that.

From this view, therefore, can Nihilism be seen as conscious life’s attempt to liberate one from the futility of conscious life through the confession of language’s inefficacy; liberation whose purpose, paradoxically, renders man either an animal, an annihilation, or perhaps something greater than his present perspective is yet capable of divining.

Such a vain and worthless practice this “philosophy”, deserving all the worldly scorn and earthly derision that has ever been leveled against it by the hands of the prudent and practical since it first arose so many centuries ago; the metaphysical pursuit itself which sterilizes life’s most exuberant accentuation for it above all requires one to unceasingly continue the practice of philosophical self-sabotage unto death in order to simply to uphold with sufficient vitality the existential scaffolding that a philosopher perpetually seeks to everyday undermine. 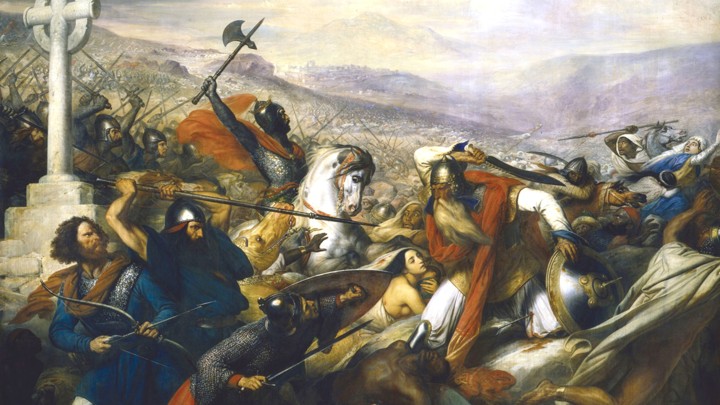