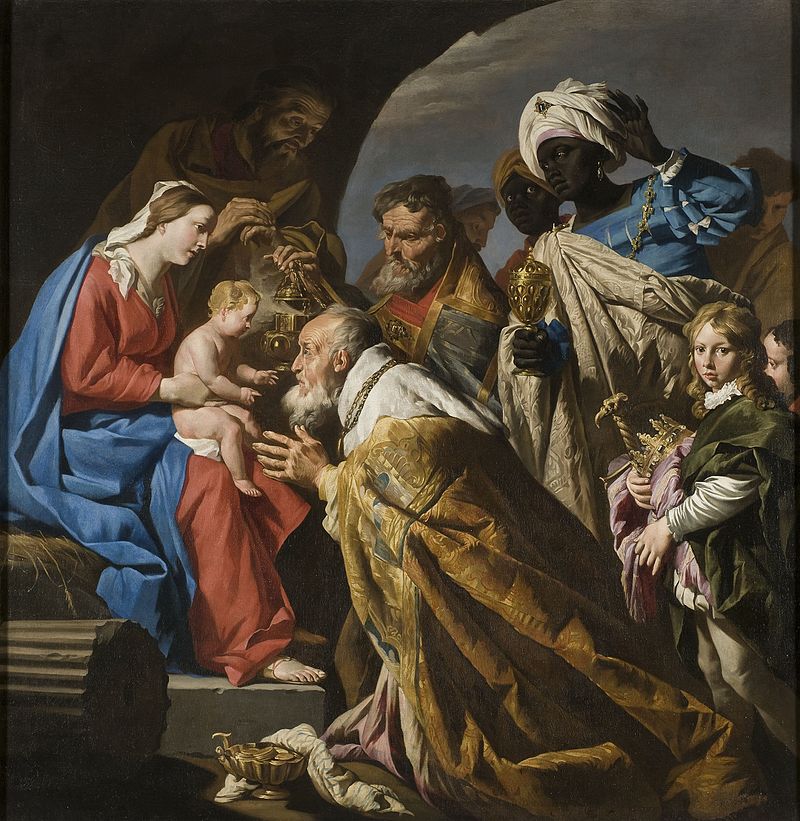 The Adoration of the Magi, Matthias Stom

The common faith and religiosity of a people, in addition to its other surpassing benefits, unifies the art of a civilization by supplying her artists with the symbolic and aesthetic points of reference required to begin any work of art at all; easily-identifiable sets of communal images, stories, myths, heroes, emotions and values which are the only suitable mediums available to the serious aesthetic engaged in the actualization of the self, whatever his chosen craft; mediums which – if powerful and “resilient” enough – bless the artist by allowing themselves to be expressed in a thousand different ways by a thousand different means; mediums which are the undisputed evolutionary force of “a people”, they who cannot even be reckoned as such without said symbols to integrate, order and guide a group along its artistic way. 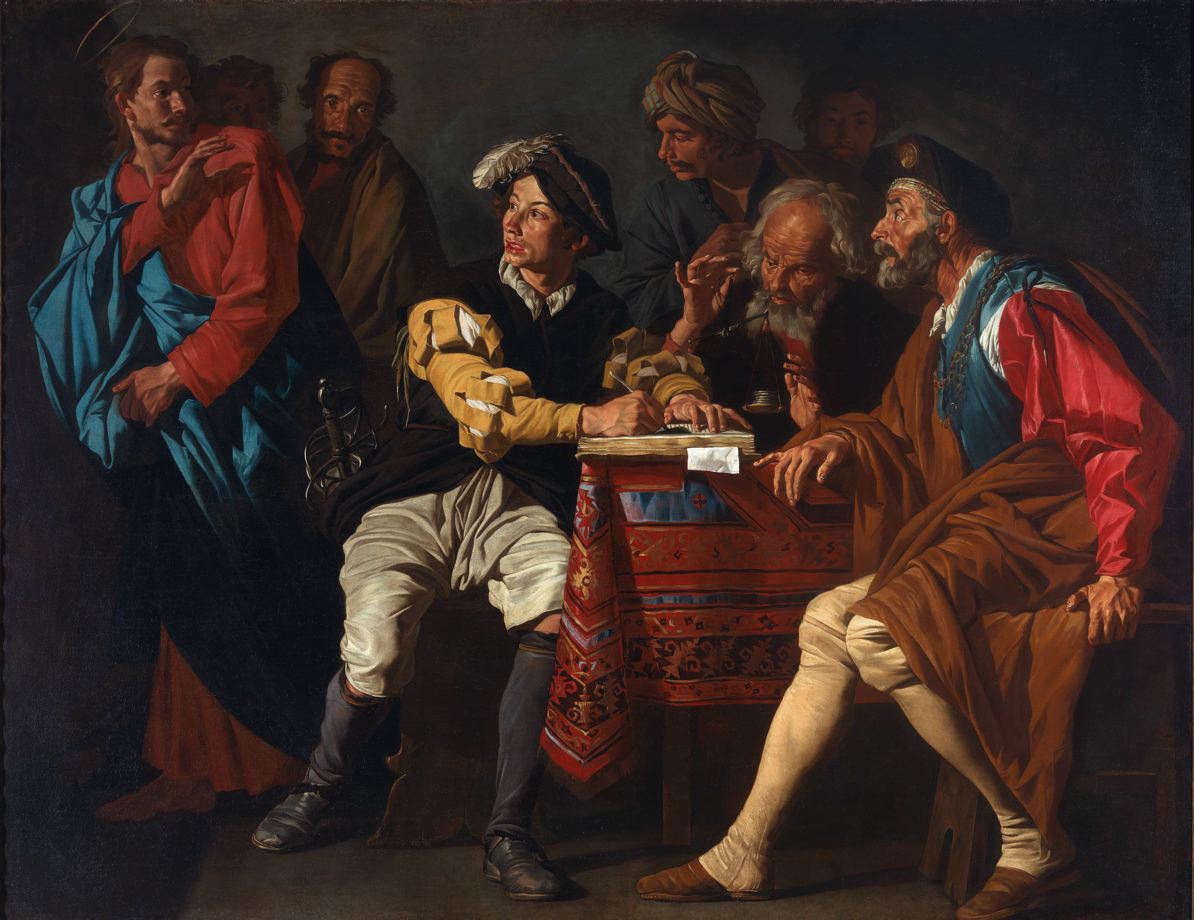 The aspiring thinker would be wise to not crowd too busily his reading life with anyone but the most stylistic of writers and conscientious craftsmen of mind, the kind of towering sophistications who, ignoring whatever common voice and morality dominated the letters of his age, have sufficiently demonstrated to the impossible scrutiny of time a certain aesthetic power over the most nuanced expressions that man is enduringly capable; men who combine ferocity and intensity with patience, poise and delicacy in such a balanced way as to neutralize from the start the natural hesitancy and prejudice that readers always bring to any foreign read; writers who above all possess the virtues of levity, wit and an abiding irreverence towards the most hallowed of values his own generation; wit which safeguards as well as ensures the ongoing self-mischievousness required to prevent one’s mind and thought from concretizing too firmly into unquestionable dogma and easy creed; youth which does indeed endow and protect the thinker with the indeterminate blessings that naivete provides, naivete which is alone required to carry out the highest, hardest and most irreducible forms of art that the spirit of man is capable. 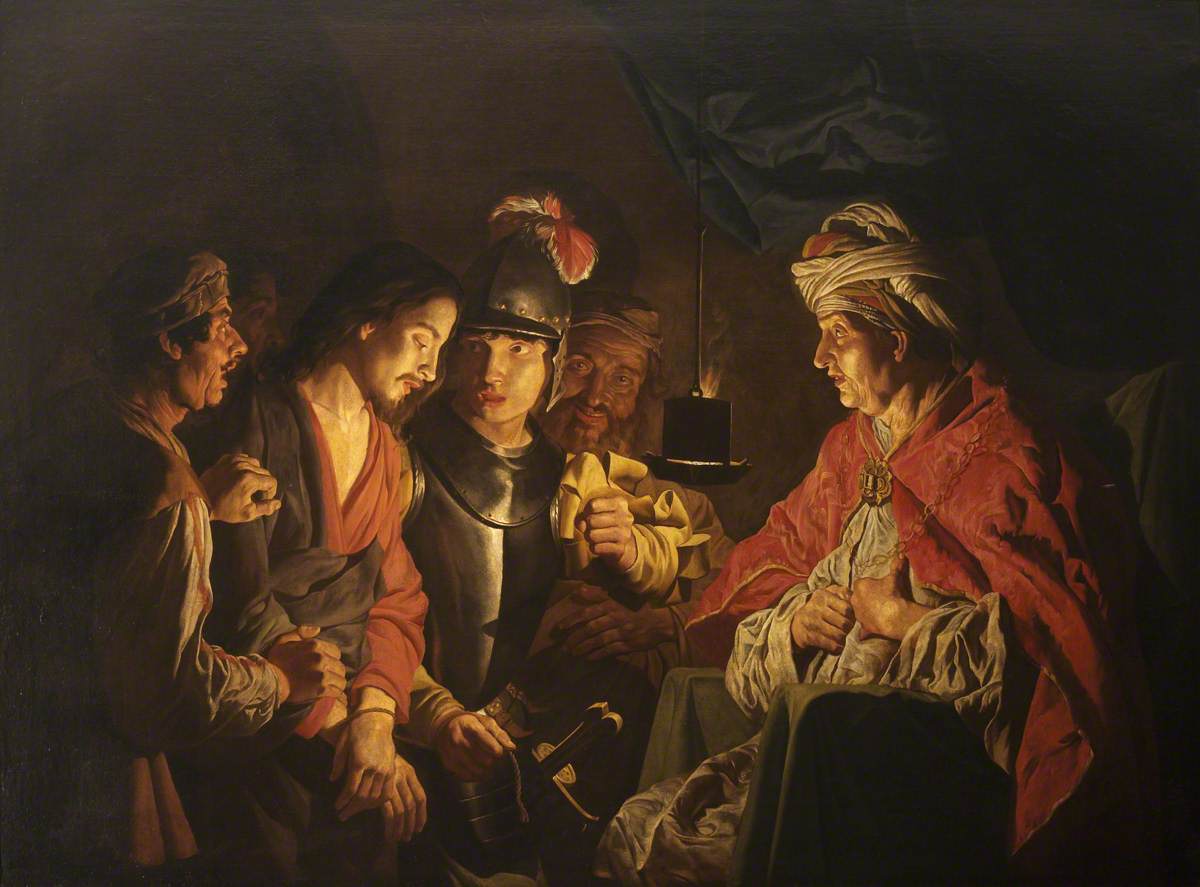 Of the many travesties witnessed not only by the overproduction of and ubiquitous access to so-called “art” but also the indescribably low opinion that modern man holds of it – modernity which cannot fathom the ongoing expense of anyone’s time on that which contains no promise of monetary or reputational reward – none is greater than the fact that art must above all now scream and wail with all manner of provocation, offence, disgust, violence and victimization to be heard or even considered at all, screams which, resorting as only they can to the lowest and most ruthless emotional means available to any expression namely, the thoughtless polemic of pedantic moralism, that which currently dominates the aesthetics of art and thought to such a degree that to silence such lips would be to eliminate the spirit of art from the present air of earth entirely.

Though said by this pen in a thousand different ways: style and nuance are the eternal lords of truth and substance.

That the immortal and enduring voice of man speaks (as supramorally as his nerve will allow) – this decides the evolution our people. Nothing else. 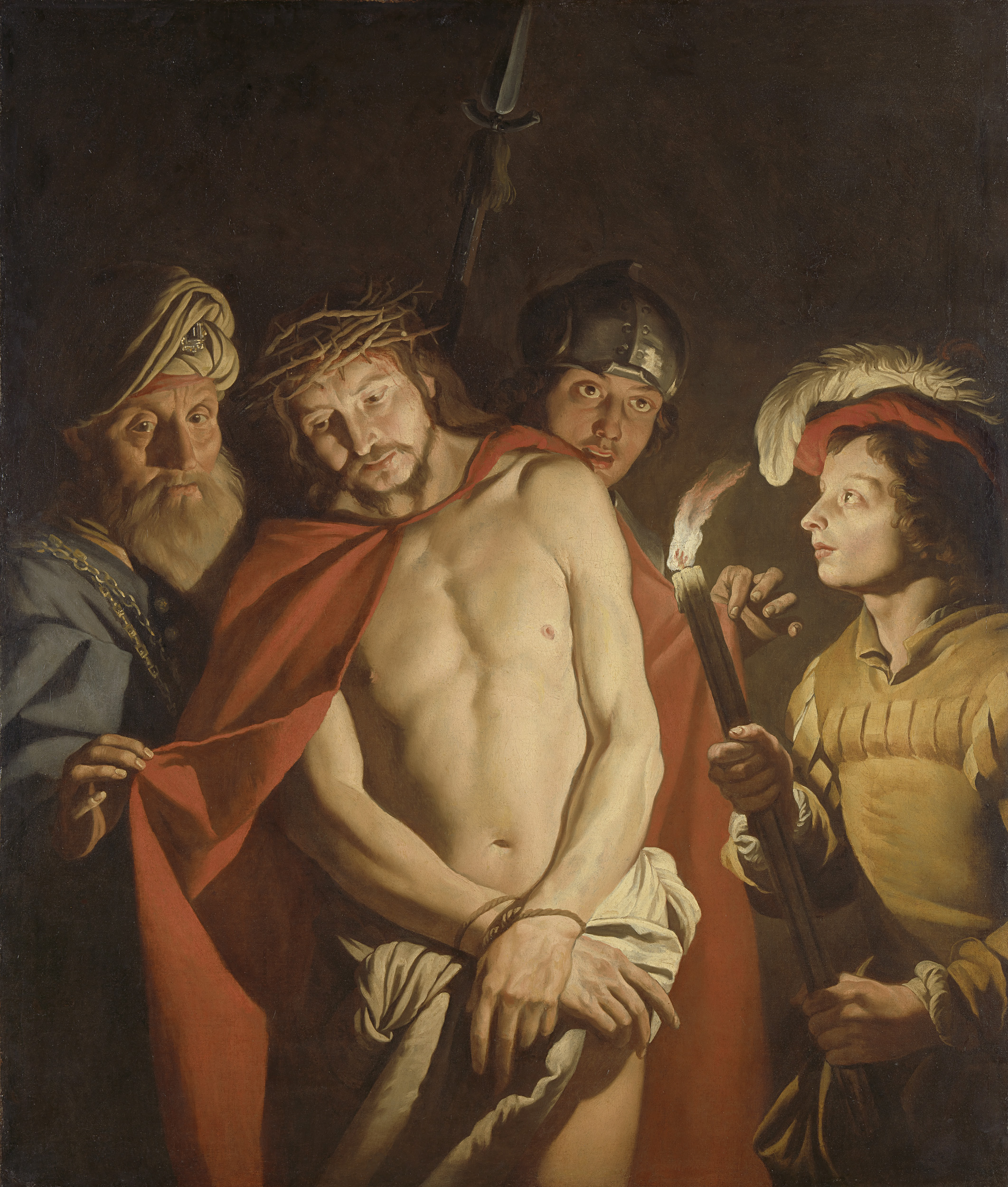 To write well one must feel well, which is to say, varied and, if possible, contradictorily as one’s bodily system is capable.

For he who cannot feel the pressure of emotional opposition within and yet be lord of it cannot think, at least not “profoundly”, which is to say, worthy of thought in the first place.

Without question can a man, powerful in thought, abstain from thinking altogether for a time and yet regain it whenever he refocuses his efforts thereupon and with. One has to look no further than Goethe for such an example.

But, oh! the sad, irredeemable glories that were doubtless sacrificed during such abstinence, and how black the burdens the abstainer must bear the remainder of his thinking life in light of all that has most probably been squandered for all time.

Whenever this literary power forsakes me, forgetful as I am as to its ever-faithful return, I cannot help but fall into near-insurmountable despair, my emotional ontologies so fickle and adulterous to believe that the present unaesthetic conditions animating this very moment might abide unerringly forever, and always.

I decide what is philosophically vital to my own fucking age – not the age itself: neurotic, vulnerable and childish as it is. 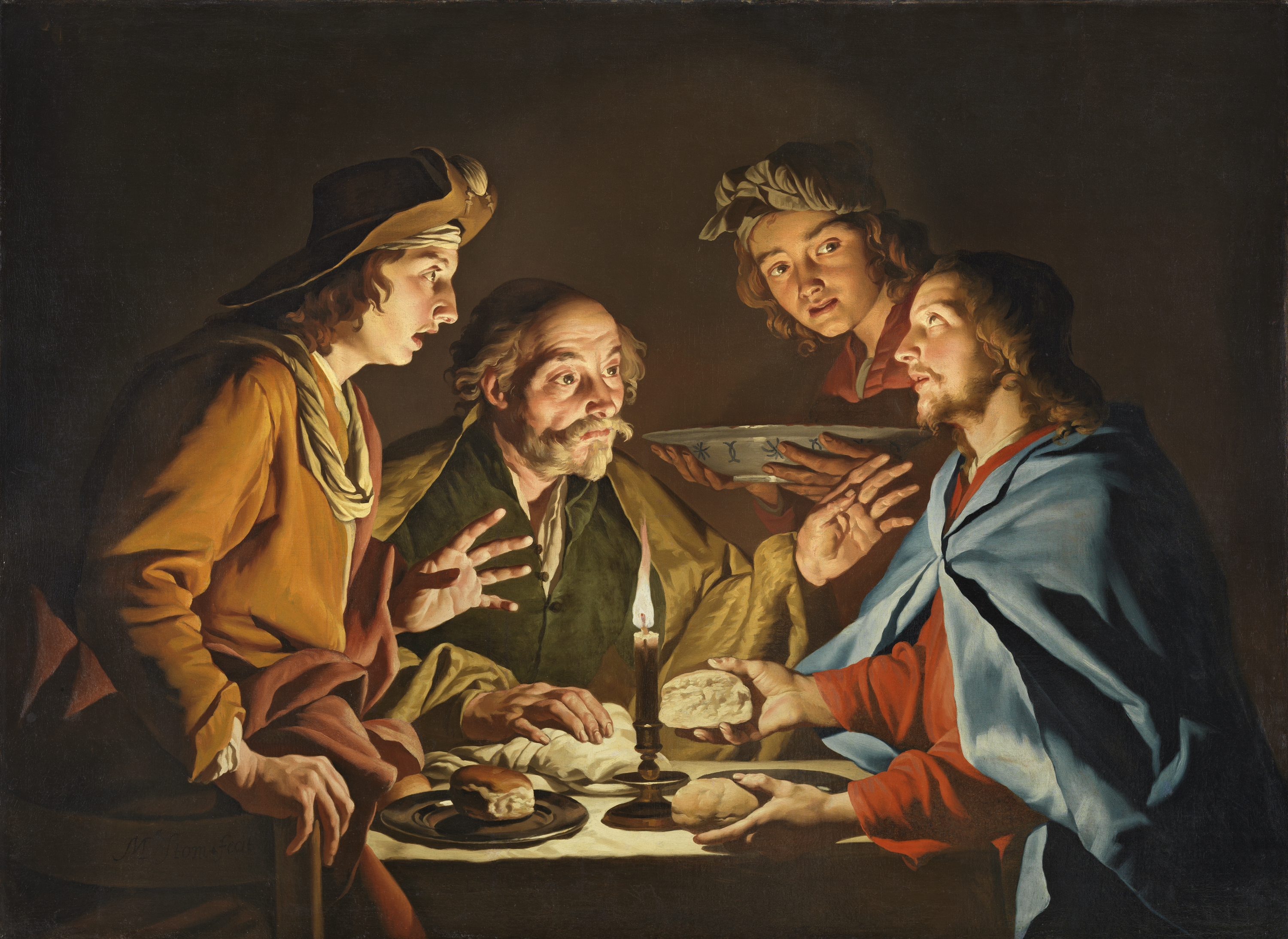 The Supper at Emmaus, Matthias Stom