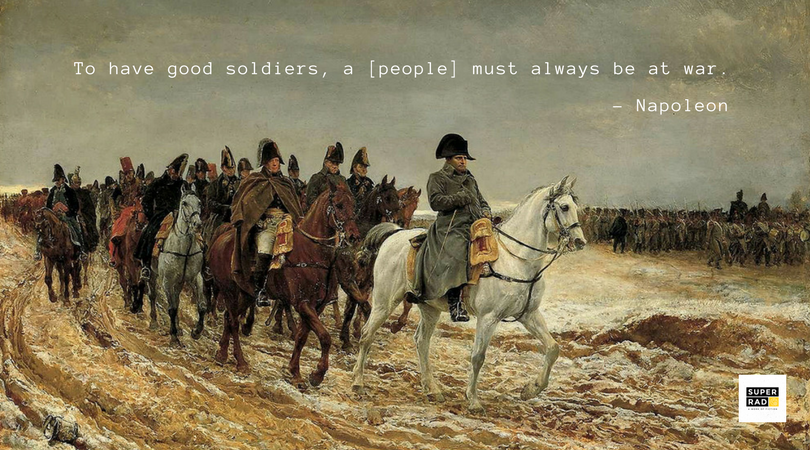 One should have a healthy fear of one’s father.

Against this age without fear of anything except that which might relieve them of their innumerable conveniences do I raise my sword, and at that devil do I swing: inauthenticity.

That men are still too herdlike and fearful, driven to and fro by the most basic bodily (and moral) concerns to be anything but herdlike and fearful. That most are still too weak and flighty to bear the weighty responsibilities that man’s age-long spiritual dissolution has bequeathed upon the mind and senses; dissolution which all have ungraciously benefited, insofar as it assuaged men of the awful sufferings primarily felt in and through Others, they whom we longed to be liberated, but cannot existentially survive without.

In light of man’s prior world-conception, that which had not the faintest notion of “man the individual”, even the doltish reckonings of today’s simplest commoner resembles more the ruminations of a god than what most likely characterized his own physical forebears. His trouble, however, is that he in no way possesses the will to acknowledge the effects of such apotheosis, much less the power to act upon them; effects realized by and in everything we modernly are and do. For gods, as “universes” unto themselves, are the loneliest of all beings, our own Creator the most isolated the cosmos has ever known – hence his motivation for creating things in the first place, hence the ripping of Himself asunder in such a visceral display so that He might commune with said Creation, no matter how impossible He Himself as God could ever be known through the subjective experience of corporeal entities.

However, insofar as Man remained the great art of God and not a technological innovation predestined for practical, or else “literal”, “real”, or “scientific” purpose, but one of actual – or actualizing – purpose, there still remained the possibility that man “could” assuage the loneliness of God, as long as He was willing to allow Himself to be continually emptied of his divinity by the ongoing diminution inherent to the act of actualization itself; actualization which is impossible but through the subjective context of a corporeal body that also creates, and does so endlessly.

We, however, as “gods” bounded on every side by the subjective experience of corporeality, have no such power to assuage our own isolation as long as we live in said body, save perhaps through the unconditional embrace of some temporary delusion, some fantasy that may fleetingly obscure the ever-present ignorance of who we “actually” are.

The price of such a delusional, however, is one’s authenticity, that which enables apotheosis in the first place, conscious apotheosis (if there can even be such a thing) as the only mode of being that the atomized man of an atomized age can assume without succumbing once more to those fearful instincts of that herdlike beast. 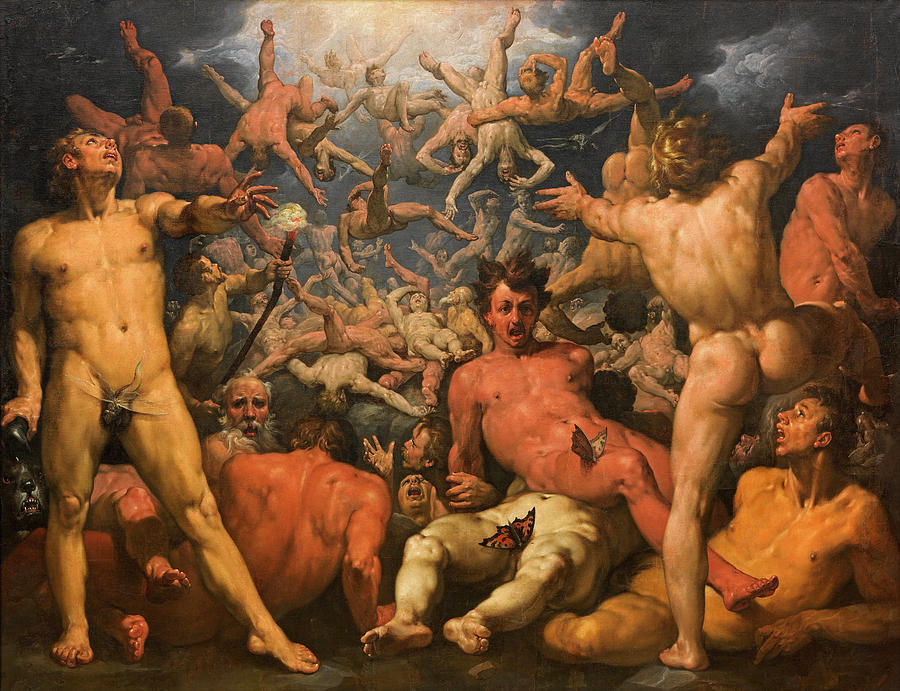 The Fall of the Titans, Cornelis van Haarlem

Art, insofar as it manages to achieve a “fictional” or “novel” subtlety, free of the tedium of factual burden, is the only expression by which man is able to resist the scientific Will to Practicalize and otherwise “make purposeful” all things according to its own “inessential” ends, its own technological and rational ends as it were.

Through Art alone is man able to curtail the corrosive and fragmenting effects that unchecked technicity exacts from everything it touches; the Will to Science which will stop at nothing until Being itself is reduced to mere data, information, resource, mechanism: life made product of some scientific design or clever mathematical schema.

Though presently an impossibility, if man was to ever again know himself not as “I” but as the irreducible “We”, Art would be the only medium through which He would be able to commune with His reassembled Self, a strange and inconceivable paradox indeed.

Is it not the most tragic sight: man alone eating his lunch out of a box? 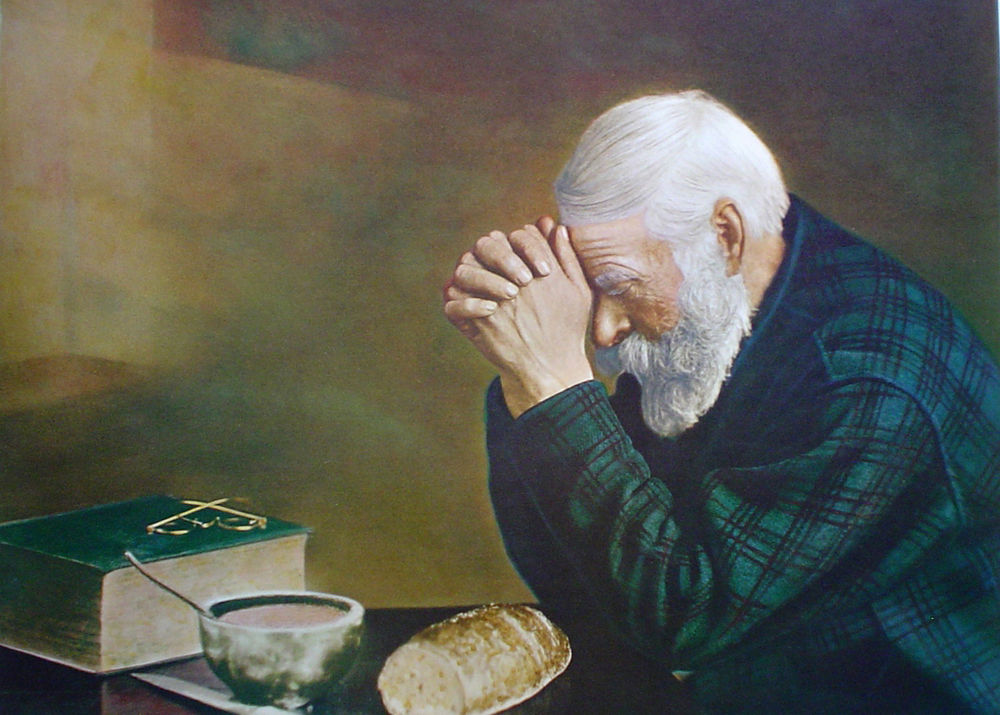 Language was the beginning of Man, at least as we know him. Not his grunts and animalistic calls of course, but the process of learning to “perceive” objects as objects – and he as distinctly different from them and apart; perception that precipitated an immediate, though ultimately futile, attempt to elocute the essence of those things so that he might return to his unspoken relationship with them, now impossible.

… the act of deifying certain words with capital letters…