An Alchemist in His Laboratory, Balthasar van den Bossche 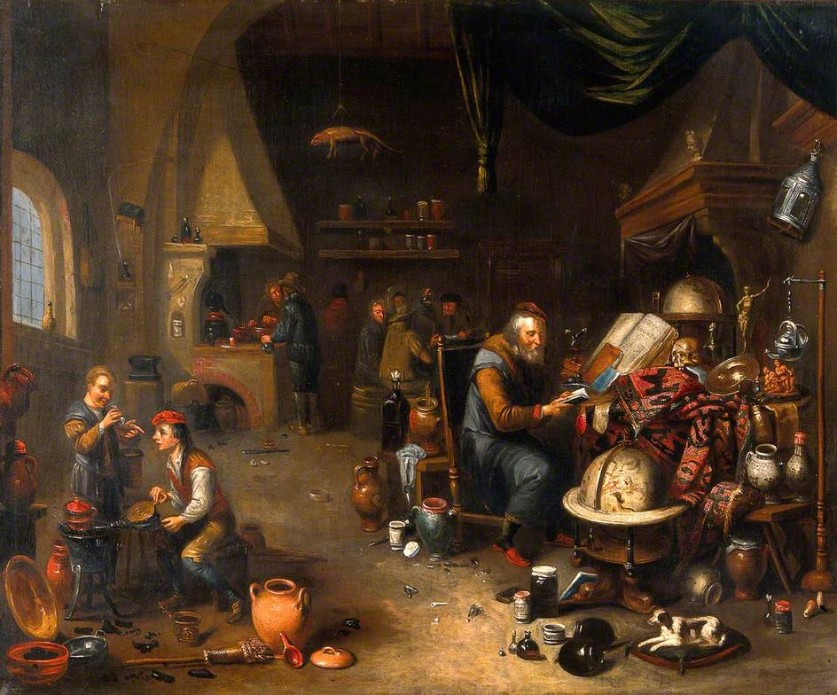 While van den Bossche’s works include the occasional individual and group portrait, the bulk of his output explored the various genre subjects that had been introduced in Flemish and Dutch painting in the 17th century. The preferred subjects of his genre paintings were picture galleries and artist studios, which were also the preferred themes of his master Gerard Thomas. He also painted alchemists in their laboratories, guardroom scenes, conversation pieces, merry companies and doctor visits.