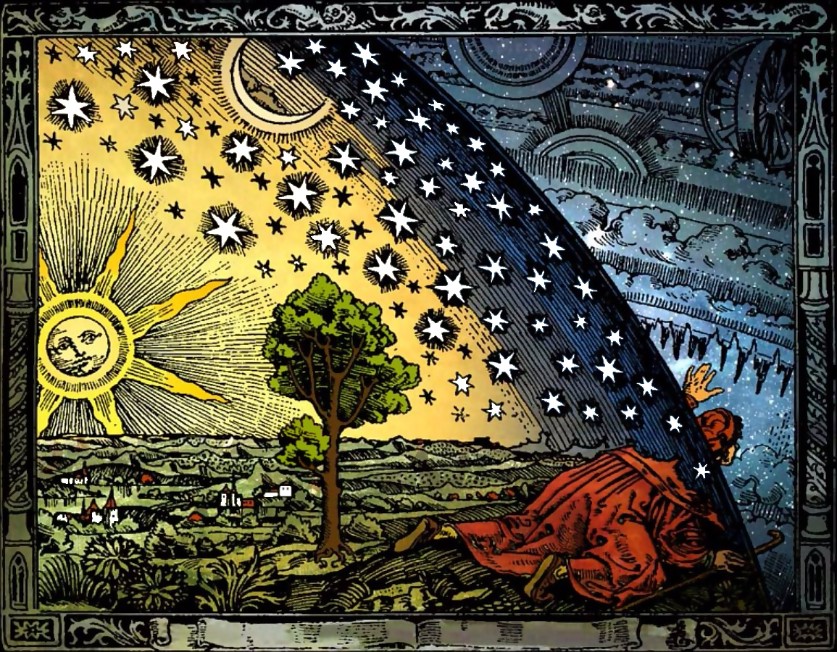 The Flammarion engraving is a wood engraving by an unknown artist, so named because its first documented appearance is in Camille Flammarion’s 1888 book L’atmosphère: météorologie populaire (“The Atmosphere: Popular Meteorology”). The engraving has often, but erroneously, been referred to as a woodcut. It has been used to represent a supposedly medieval cosmology, including a flat earth bounded by a solid and opaque sky, or firmament, and also as a metaphorical illustration of either the scientific or the mystical quests for knowledge.