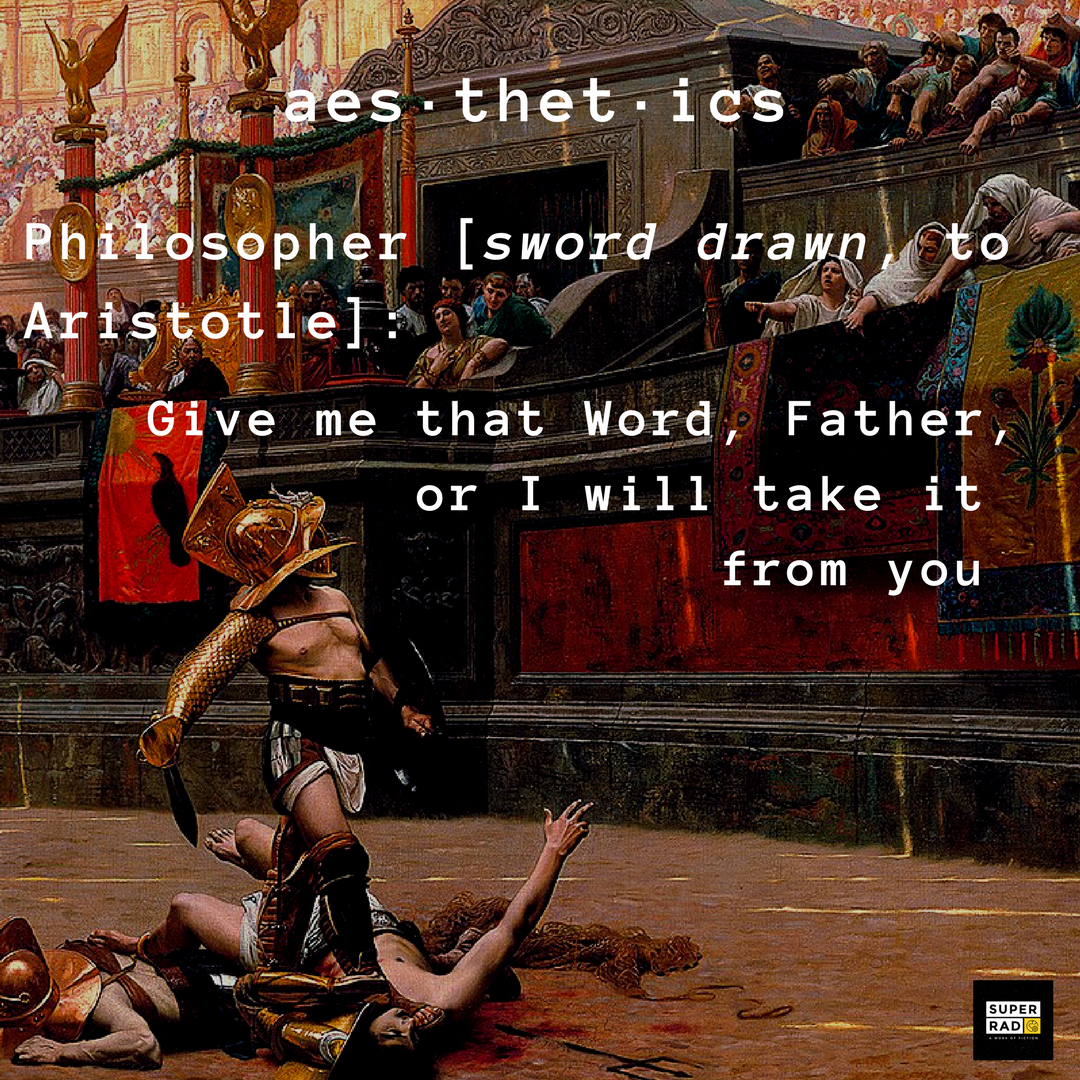 The true artist cannot long endure the presence of the literal, the obsessively factual, the incessantly “true”. To him every so-called “real” event is seen – and smelled – for what it aesthetically is: dead and foul as any bloated cadaver. To merely approach such a rotting corpse defiles to near-irredeemability the wondrous clarity upon which his beautiful power of sense is founded.

Of all things the artist detests most in his anti-creative neighbor it is (1) that man’s insistence on “knowing” with “certainty” that an event “actually” happened, and (2) that man’s gullible faith that the reporter of said event is conveying a reasonable, reliable and objective account, one free of bias and personal prejudice, the same that he’d express if given the chance, naturally. For even the benign reportage of a sporting event can in no way be factual or true, which is to say, devoid of willfulness or personal vindictiveness. The very employment of language itself renders everything a deception, an obscuration used to conceal the truth of one’s motives – whether known to the man who speaks or not.

While such a tumultuous mode of being is often too maddening for the unartistic to persistently inhabit, to the Aesthetic, Chaos is his natural abode: that mysterious inner longing which seemingly cries out to him and him alone to be plumbed, explored, de-flowered. When he looks at a map it is not to the snowy mountains with their noted elevations or even the distant lonely islands but the stylized margins where the sea-snakes and gorgon heads are drawn, areas of the earth – and mind – that “common goodness” fears to tread. 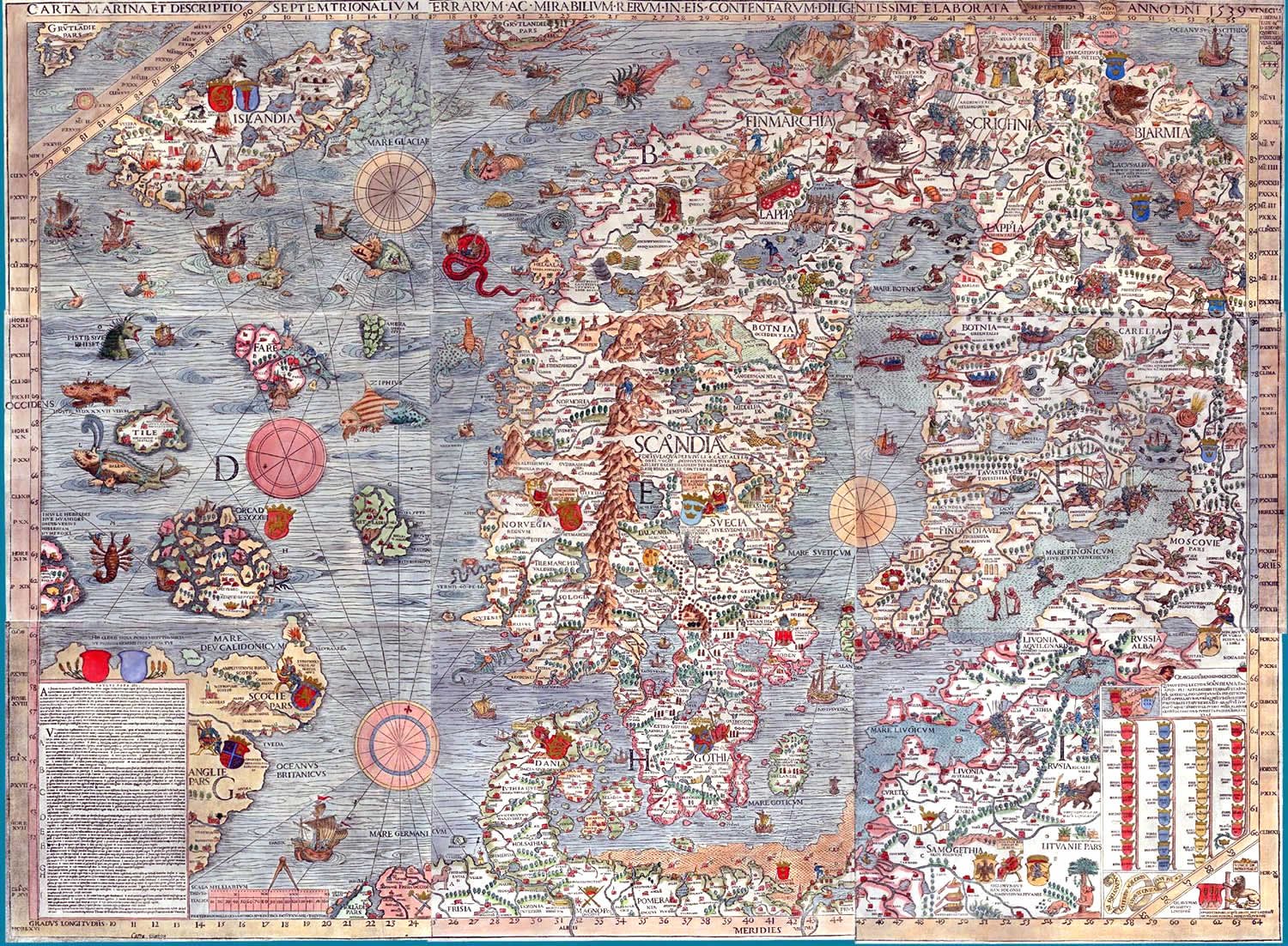 The aesthetic’s lust is to do a thing not already done, to set his eyes upon the never-before-seen, to place his sole upon the virginest of all snowfields and pitch his tent on the most desolate of beaches. Is he sometimes compelled to correct the well-meaning cartographer who, because such a one obtained his geographical knowledge through second and third-hand accounts, grossly misrepresented the shape of a continent? – sure. But his more fervent passion will always be the penetration of the Unknown, that dreadful place where there exists the very real threat that he may not return, or at least not possess the words to actualize what he experienced.

It is through this drive, too, that the aesthetic’s curse is most clearly revealed: for in no way can the “literal” world inhabited by his delusional fellows ever be his home; never can it satisfy or even be entertained as something real and true, something that carries its own “intrinsic” value. Through his nature as a journeyer (to say nothing of the effects of the journeys themselves) is he alienated from the unadulterated communion with those he loves, they who remain anesthetized to the intoxicating power that the Literal holds over their minds as a drug: the Literal which never ceases to assuage their gravest fears with the sweet oils of:

“No, there’s no deception of mind or sense. Truth is not subject to the yawning gyre of time. It is beyond time: beyond space, finitude, temporality, beyond life – therefore trust ye in it.”

“Be not dismayed, dear man: God is still on his starry throne and his heavens unmoved. You thus needn’t worry yourself with the pursuit of the terrible, the unnerving, the frightful, costly, difficult. You needn’t worry yourself with creating your own values and deriving your own meaning to justify your own existence. You needn’t do anything at all, in fact – in fact, are not they who say otherwise, those usurpers of our blissful ignorance, rightly called demons and devils?”

“And isn’t art – their art – to be most of all mistrusted, and the artists themselves reviled, and this ephemeral Life with all its wretched pain – that which they so hallow – a thing to be despised as a profanation in need of bloody redemption?”