Every word a man utters is, in one form or another, an externalized justification of his own continued existence: a confession of those often ignorant whys and ways he lives and thinks his life or lack thereof.

Towards those things a man encounters that do not confirm, validate or uphold the delicate tenants of this confession will he either be indifferent or indignant: the former which is roused by those ideas he perceives below his own level of existential and aesthetic development, which is to say, things he believes he has previously sublimated, the latter evoked by that which he is currently unable to sublimate and otherwise integrate into his overarching existential narrative; sublimation, or else “the creative ability to self-narrate in a way most compelling, authentic and believable to the self”, which in every case decides an individual’s “aesthetic” or “spiritual” order of rank: the power of man-as-artist to write his own tale by, for and to himself and self alone, our highest responsibility before all other fleeting considerations.

I have, for better or worse, trained myself to approach the philosophical works of others not for the objects of knowledge they may contain but solely as a means to “compare (existential) notes”: to triangulate, as it were, between my current literary position and what I perceive to be theirs with the hope that through such juxtaposition I might find myself having arrived at more profitable metaphysical ground.

That which is worthy of remembrance requires first the sensual impression and later emotional reinforcement of physical exertion and mental overcoming.

Even that which might seem meaningful only to the mind must nevertheless endure a physio-emotional transformation in order for such to be integrated into the coherent whole of one’s experiential life. For only the body and spirit working in elegant concord have the power to imbue events, perceptions, actions and happenstance with import and necessary gravitas.

If one thus desires a more “purposeful” life, every effort should be made towards developing one’s physical form through the exercise of the flesh as well as one’s spiritual form through the ongoing creation of art, thought and literature.

If a single man, namely, Johann Wolfgang von Goethe, who through the primordial power of his life and work – lofty, profound and far-reaching as his influence truly was – forced every subsequent German writer (besides Schiller) to explore those areas not already ravaged by his devastating pen, those thinkers who, in due course, chose (of all things) philosophy, our time has witnessed a similar phenomenon, though driven by a completely opposite cause: genius having not forced every sincere man of letters to the philosophical fringe but rather the ubiquitous sentiments of the masses with all their mediocrity, commonness, crassness and lewdness having now defiled the once-hallowed domains of poetry, drama, fiction, music, plastic arts and dance, sentiments that the honest and severe thinker can in no way conscious as important, lasting or worthy of his sweat and toil. 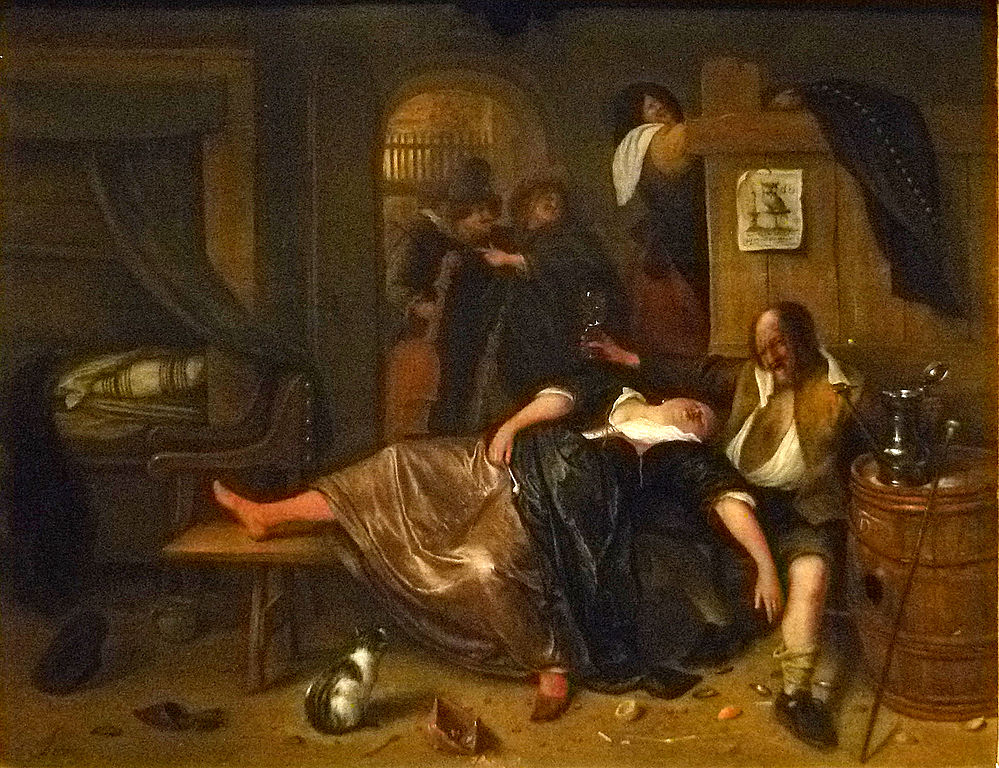 If the material world can be reckoned as the ongoing manifestation of the accumulated unconsciousness of human experience throughout conscious time, in light of how distant we are from a direct and free relationship to and with our most instinctual, unconscious selves, consider to what impersonal and disconnected degree we moderns truly “understand” Nature at all: Nature whom we have in every way managed, through the evolution of scientific rationality, to reduce to a conceptually-modeled “how” at the expense of a liberated and spontaneous “why” (to say nothing of “what”); Nature whom we can only communicate through the contrivance of language and the psychological acrobatics of conscious thinking which, fearing always the darkening power of that which it cannot know nor ever will, assuages its fear by erecting for its defense unending artifice of scientific formula and mathematical schema with the hope that such impersonal devices may sever or at least dampen the raw emotionality a man would otherwise feel towards himself and that so-called “reality” which he does not merely “inhabit” but in every way “is”.

What is “artificial” but that which “cannot feel”? That which has not a body to feel, nor form of any kind to contain the senses for such feeling? – the likes of which can only be expressed by corporeal entities possessed of certain concrete faculties that teleologically precede all feeling from the start.

Any so-called “thing”, therefore, that may potentially “exist” beyond and outside corporeal apprehension – be it gods, ideals, forms, formulas, frameworks, heavens, utopias, hells and even death itself – is and are no more than abstract contrivances produced by the rational and, moreover, rationalizing machinations of man to better enable him to navigate what would otherwise an impossible void of perpetual epistemological uncertainty.