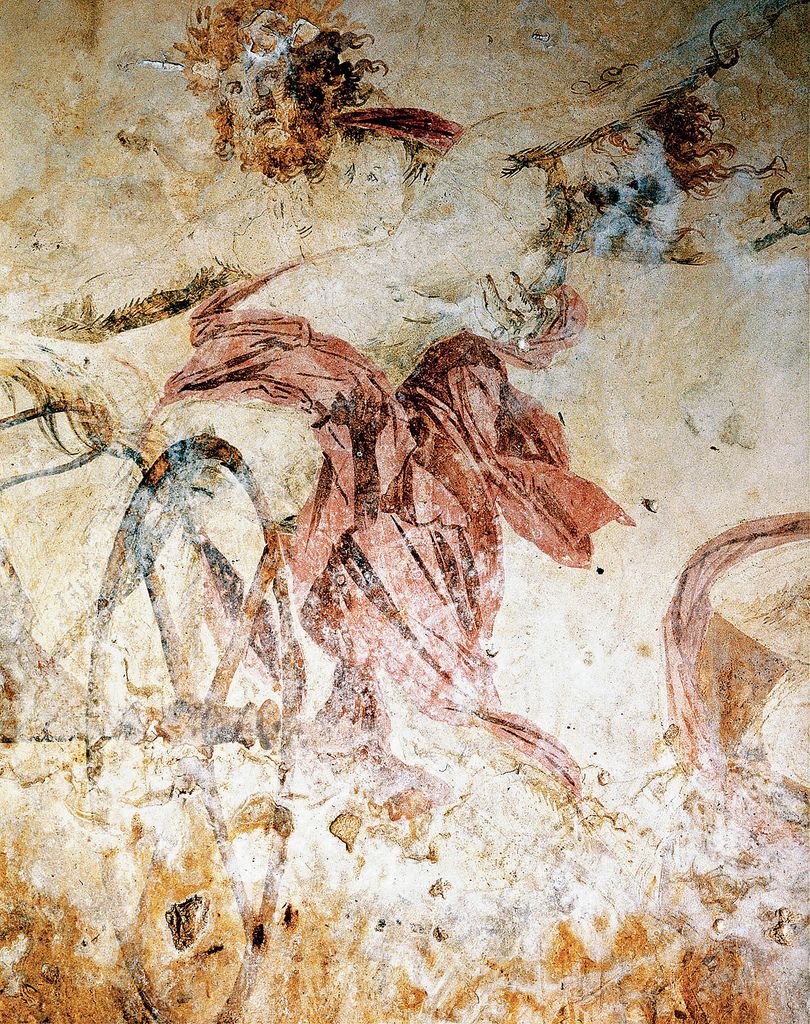 Such Actualization – whether seen through the myopic lens of moment-by-moment miniature or considered from the broadest of all possible vantages, the kind of view that encompasses entire epochs of innumerable such miniatures – is, in fact, the taxonomical elucidation of Experience itself: the perception (however vague and ill-defined) not of the “distinction” between two opposites (which only comes later), but of the truth that the emotional mechanism that led to the awareness of such opposites has already fulfilled its duty and the transition been made; transition that sees a man’s ontological “awareness” migrate from an “objective” state to “subjective” one; a phenomenon that works so primordially and definitively in man as to essentialize the entire bounds in which he necessarily is: “Man” that entity that looks either back and by so doing renders himself-in-the-present a kind of “future”, an ontological potentiality, a “could be”, a “maybe”, or else gazes forward by projecting the unsublimated elements of his past as future hope, latent longing, fear and by so doing transforms his present into a kind of vague and misty past: man an ever-repetitive starting place that never seems to get anywhere at all; man forever and always an alienation from himself-as-present, himself-as-truth, eternal; man through his own experiential orientations the manifest embodiment of time, finitude, tragedy, subjectivity; man the embodiment of Experience itself: irrevocably distanced and a “distance-ing” from the state and source of Experience in that present, in “Being” as it were.

It is therefore impossible for corporeal man to affect an authentic or even coherent relationship to Being, insofar as one equates Being with the Present and the Present with Timelessness and Eternality; man who, as one principally informed by his own senses does not “produce” the aforementioned contrast but merely perceives and emotively communicates the effects of its existential bite, will never be able to penetrate, ascertain, have words for or accurate communion therewith; Being which, unable as it is to be definitively apprehended by the linguistic faculties of time-bound man, dissipates and flees continually to hidden caves, sunken rifts and ever-higher hills beyond man’s every attempt to adulterate It with words, staying always out of reach of even the swiftest linguistic foot or most agile aesthetic tongue.

Indeed, at such a juncture, when all hope and want of life seems lost and even foolish, when Life presents itself as an impossible mistake, do we find in the bitter fruits of the pursuit of the “sacred” and “ineffable” a strange and inexplicable sensual delight, not in the taste of the rotting apple of existential alienation but in the physical and spiritual nourishment acquired through the self-sufficient digestion, assimilation and elimination of Its constituent parts; Delight in the sensual knowledge that, though beyond words, the Existentialist is fully engaged in the highest, most difficult and necessary pursuit of man; Delight that not only fuels and invigorates the senses, but also cleanses and purges them of the lowly want of easy sentimentality and sugary rhetoric; the senses which, after having experienced the beauty and terror of Life in all its emotive potentiality, grow ever more sensitive to and repulsed by that which it deems unhealthy according to its ever-evolving aesthetic refinement or “creative awareness”; repulsion that sees as undesirable any “thing” that may dissuade, console or distract the Existentialist from the tragic quarry of the impossible task to which only he seems perceptive and impassioned. 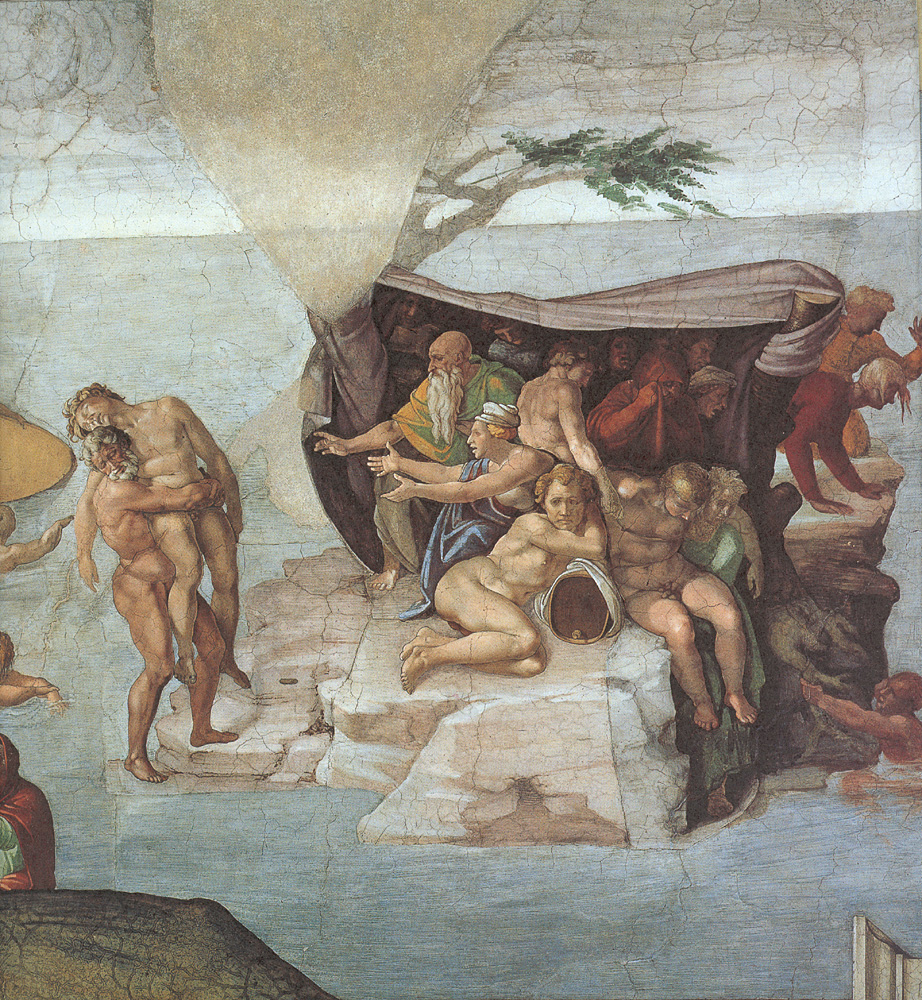 For if the philosophical life was not, at bottom, sensually and, when it mattered, emotionally, pleasurable (to say nothing of humorous), I dare say only the moral sadist would pursue the “philosophical” craft at all; pleasure not of the lowly and abominable type that the uncreative, will-less and self-unaware are lust to everywhere indulge because they cannot apprehend anything else, but the “higher” types of pleasure derived whenever the fullness of man’s faculties, working in delicate concert with their sensual neighbors to the most advanced, complex and integrated degree, are able to glean the bountiful beauty of aesthetic subtly, nuance and, perhaps most important of all, irony: that witful bite which never fails to temper a man’s overly-dramatic flights of Romantic fancy which perpetually prevent him from the fullness of Truth the moment before he nearly finds it; Wit which allows both the Artistic subject and its object to communally laugh at themselves and their futile attempt to rightly convey Objectivity “as such”: laughter the supreme demonstration that aesthetic sublimation – or synthesis – has occurred and thus art been made, one that might just propel the work’s relevance beyond the artist’s lifetime and, if honest enough, perhaps indefinitely.

Yes, we thinkers turn here again and again because we are, alas, hedonists: of the mind, yes, and the body, but also the spirit and of power, the latter which is no more than a word we attribute to the highest, most grandiose, grotesque and impenetrable of all sensual expressions, the kind which – if man was to ever encircle it with definitive words – would irredeemably neutralize the continuous life-giving effects its fruit; fruit which only emerges from the perception of the most distinct and unalterable ontologic contrast which elicits the most palpable, difficult, challenging, localized and thus subjective, alienating and isolating of all possible “experiences”; experiences which the highest types, through their efforts to not only differentiate their own emotional history and its ravishing insights from the wholesome banality of the masses, seek to express in evermore nuanced, lofty, discriminating and oft-impenetrable ways, those which even they seldom understand and, in all truth, would not usually want to.

For to truly “understand” a thing is to empty that object of the evolving potentiality of life which broods lustily within; Life – terrible and great – which cries out to man continually and in manifold ways but that only the bravest, most audacious and, as it were, “nihilistic” of souls has the courage (or desperation) to answer; Nihilism which, having effectively slaughtered every god and highest value, leaves the Nihilist with no other choice suicide or that mysterious path which leads deeper into the sensual subjectivity that is his torment and joy, that which only the Nihilist can make sense out of and must in order to render his “own truth” and thus receive the undiminishable power to appraise the unique age, spirit and body in which he lives and, if strong and enduring enough, call the next dispensation into being, no matter how far that age may stand from his own.