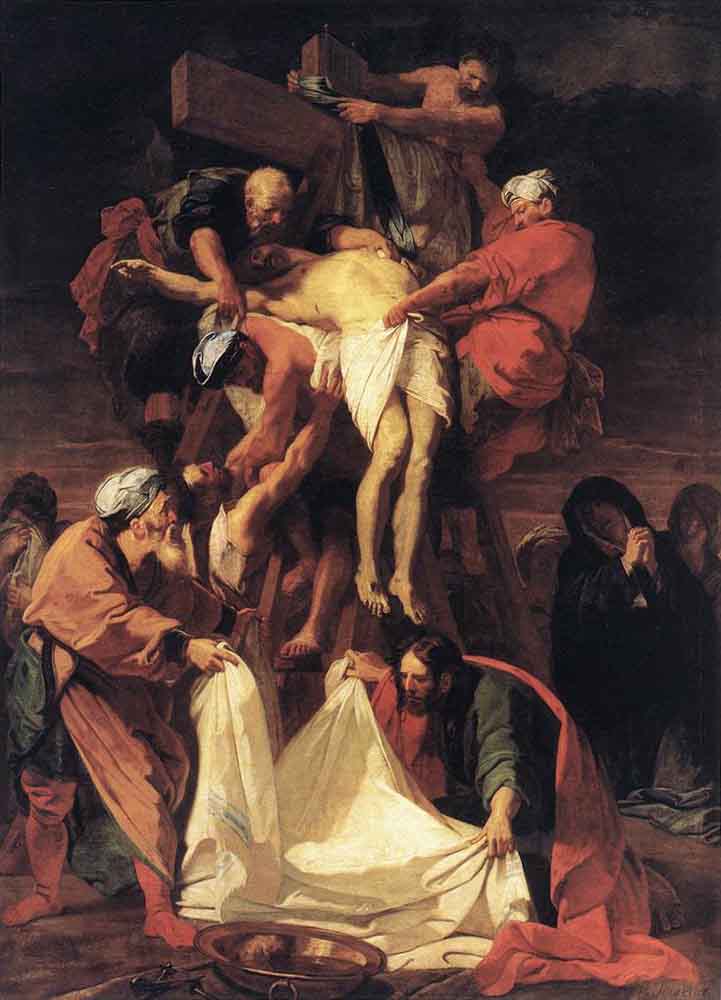 Descent From The Cross, Jean Jouvenet

A philosopher, if he truly knew what was best for him – that “best” always being the undisturbed concealment of who and what he is both to and from himself and others, concealment which protects as much as it feeds the artful evolution of one’s life and work with the sustenance that only self-ignorance can supply – should never gratuitously reveal the metaphorical hand he used to vanquish the other players at the literary table; “hand” seen here as those distinct mental images the philosopher held in his mind when forming his whatever triumphant idea; illustrations that, far from demonstrating one’s supposed profundity, actually disgrace a man with the permanent stains that mark the ostentatious moral desperation of the herd, the “mass man” who, in order to be perpetually numbered among its limitless rank, must continually seek the moral approval, external validation and consensual justification of his peers.

This is not to say, however, that mental images are without worth or practical value for the thinking man, far from it. For how else would the mind effectually move towards any conclusion at all without certain triangulating juxtapositions and symbolic waymarking to guide its ever uncertain way?

No, it is the act of sanctifying such images as if they were “the answer” instead of merely laying the path to that answer which hurries the thinker to ruin; images that, after providing an initial foothold, should be immediately stepped over and beyond so that a man might take the next of a great many upward and onward strides towards his goal and end, each step requiring the inner sacrifice of all those nameless aids that fed his every move, the sustained slaughter of which is indeed difficult to enduringly bear, for always does the act of imagistic sacrifice propel the content of one’s literary style further from ever fully being apprehended by another living soul.

At their highest, most fervent, sensuous and “subjective” accentuations, the lines that normally delineate a man’s “grandest” notions – those endowed with such weighty appellations as “realities”, “truths”, “absolutisms”, “universalities” – do indeed begin to break down and dissolve the more pitched the experience becomes, with the effect that each term grows ever more indiscernible from their nearest neighbors; a phenomenon that eventually mixes every far-flung existential concept into a kind of undifferentiated objective mass, the fullest experience of which culminates in one’s actual death: “physical” death which pushes a man so hard and high in a single ephemeral instant that the objective realm itself finds its own ineffable boundaries breached by the Subject, boundaries which the Subject perennially longed and struggled forever in vain to tragically express and is doomed the very moment it manages to do so. 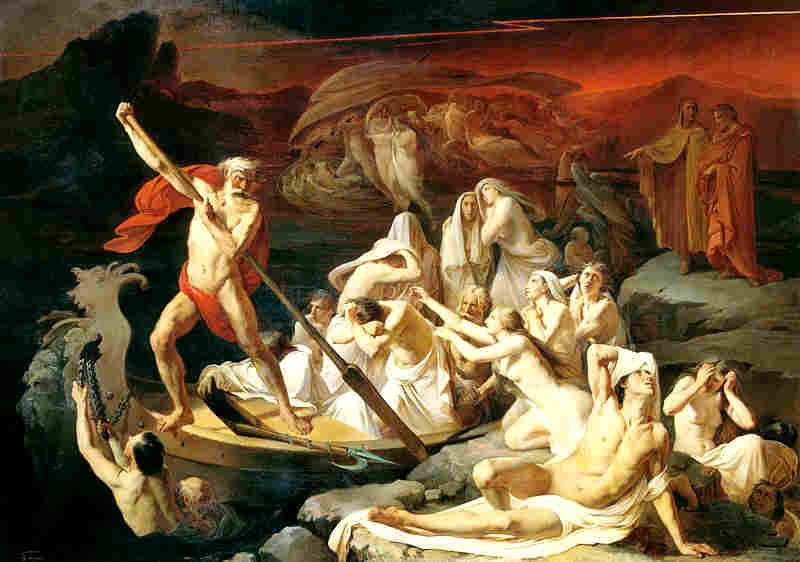 Indeed, all the philosopher “has” can be found in his emotions: the sensual gratification(s) that may be attained, both for good and ill, from the pursuit of his work; gratifications that can never be consistently found in the objectifying applause, attention or admiration of others; objectifications that will in manifold ways call him by another name than that which he knows himself: his own Name which, in fact, guides him towards his own personal truth and even personal “god”: that “He” of the effervescent Now.

Such external objectifications supplied by the hands of others are, in reality, deliriants to a man’s emotions and poisons to the senses, obscuring to near-unintelligibility the way one should feel about himself, detouring him forever towards the alien falsities of an Unknown God, a stranger whom a man will have to reach outside himself to apprehend, availing himself – as surely he must – of the “genius” of others; availment that will continually dissipate the power of his own subjective experience from successfully enabling a man to make sense of himself for and to himself; Self-Sufficiency which the Great Mind alone among men is responsible for maintaining, that which cannot be persistently sustained by another, no matter the supposed “brilliance” their apparent intellect.

The common sensibility is chiefly marked by its conspicuous lack of sensibility, its hurried thoughtlessness towards its every decision, save perhaps what it may indulge for dinner: “food” the only true quandary that gives the common man pause on a daily basis: “oh, how will I ever pacify this insatiable gut?”

In everything else he necessarily assumes because he has, in fact, already assumed; “assumption” which is his typical ontologic mode of being, one that perpetually compels him to defer to whatever is lowest, easiest, most obvious, agreeable and weightless in and of himself as well as all his surrounds; triviality which he inevitably attempts to raise to some other standard besides the trite and innocuous by way of his laborious self-commentary and infantile self-expression whose notes don’t even originate within his own soul in the first place: the common man as the most sentimental of all musical scores that could ever be orchestrated by his culture’s moral architects whose melody our Mass Man attempts to prove its most competent virtuoso.

On the opposite side of things, the “philosophical” sensibility is chiefly marked by its intolerable pensiveness and everywhere apprehension, its near-debilitating hesitancy to confidently arrive at any decision due to its fatal habit of finding whatever deepest hole hazards the approach his every destination; the greater and more profound the terminus, the deeper and more deadly the hole, one that always leads to deeper holes that lead to still deeper holes and deeper, deeper, each one pulling the thinker further and further from the hopeful end he may have originally intended.