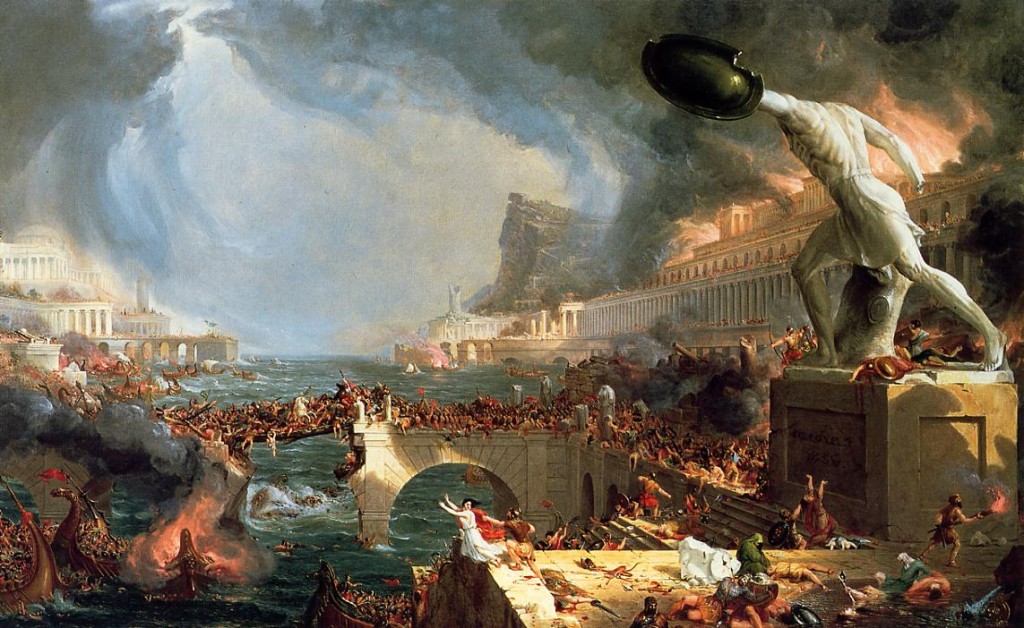 All men come into this world with a certain spiritual “waterline” predetermined by the various constellations governing their birth as well as the measure of nobility that animates the blood bequeathed by their ancestors. The degree to which this waterline is entrenched depends on the existential disposition of one’s caretakers, from parents to grandparents and beyond to the culture at large. All things equal, which is to say, if a man little resists the natural tendency to decline, the momentum of time and the accumulation of its various misfortunes in his own body will inevitably lower the waterline for him, whether the individual welcomes such a degradation or not. We call this process “aging”. While impossible to claim ultimate victory over the effects of time, a man can nevertheless curtail the aggressive nature of its corrupting effects by practicing a certain level of severity towards one’s self in the areas of lifestyle, thought and emotionalism, especially when life’s most “enthusiastic” moments seek to overtake him.

A man’s will and spirit, if they are to be continually developed unto the end, require the erection of various existential obstacles and psychological challenges, each one slightly more dangerous and complex than the last. Without internal severity and consistent willfulness, a man’s failing flesh will, little by little, exert its disintegrating effect upon the rest of his faculties, causing the downfall not only of his mind and spirit, but also his language and values, his philosophical persuasions and social opinions – to say nothing of his aesthetic sensibilities.

Time’s primary weapon against the physical body is life’s unendurable monotony, that which, through uniformity of season and predictability of outcome, eventually convinces a man that he no longer needs to maintain an adaptable, malleable mind. Having sufficiently “mastered” every foreseeable consequence of his physical, social and moral environment, such a one is led to believe he can lower his existential guard and otherwise “go easy” on himself and others. Malleable states are incalculably costly after all, and man certainly “sacrifices much” over the course of his life to get to wherever he is, whether that place satisfies the aspirations of his spirit or not.

In convenience-laden modernity, it unfortunately doesn’t take long for one’s decadent capitulations to amass to lethal proportions. Before a man knows it, he wakes to find himself overweight and feeble of joint, slovenly of character and weak of will, having accomplished little with his life besides “more of the same”. While some individuals attempt to oppose this evident decline, they too soon realize how difficult, if not outright impossible, it is to completely rectify their years of largesse, especially given their state of internal permissiveness and the inconceivable amount of aesthetic ground they’ve surrendered through their years of conscious willlessness, that which promoted ephemeral pleasure over the indispensable confrontation with pain.

In order to assuage the guilt of their innumerable failures, to make themselves “feel better” about their own poor decisions, men instinctively seek others who have likewise succumbed – and are still succumbing – to their own downward trajectories. Such examples are never hard to find. In every case, the degree to which a man consoles himself by the failings or even so-called triumphs of others, hoping that through them he might be reassured of his own dire predicament, will determine the new standard by which he will, for a brief time, maintain before acquiescing again to the moral laziness and physical ease of the age.

At this junction, the decadent cycle repeats itself, seeing the man each time spiral lower and lower, more common, benign, unexceptional, crude; more reasonable, vulnerable and victimized by powers seemingly “beyond” his control.