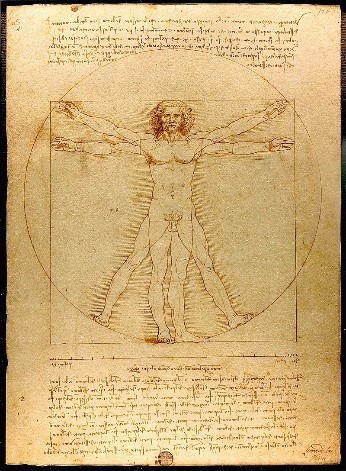 Renaissance humanism recognised no mutually exclusive polarities between the sciences and the arts, and Leonardo’s studies in science and engineering are sometimes considered as impressive and innovative as his artistic work. These studies were recorded in 13,000 pages of notes and drawings, which fuse art and natural philosophy (the forerunner of modern science). They were made and maintained daily throughout Leonardo’s life and travels, as he made continual observations of the world around him.
Most of Leonardo’s writings are in mirror-image cursive. While secrecy is often suggested as the reason for this style of writing, it may have been more of a practical expediency. Since Leonardo wrote with his left hand, it was probably easier for him to write from right to left.