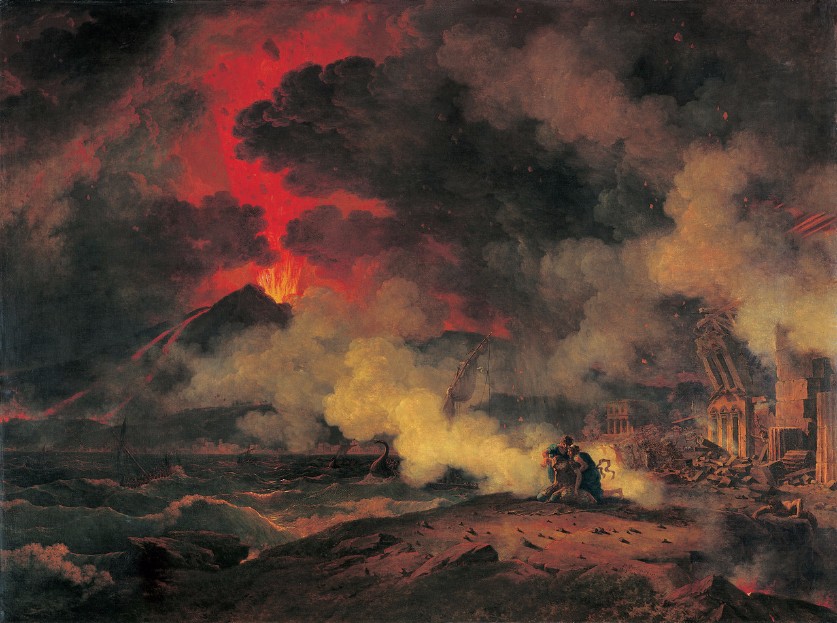 Mount Vesuvius is best known for its eruption in AD 79 that led to the burying and destruction of the Roman cities of Pompeii and Herculaneum, as well as several other settlements. The eruption ejected a cloud of stones, ashes and volcanic gases to a height of 33 km (21 mi), spewing molten rock and pulverized pumice at the rate of 6×105 cubic metres (7.8×105 cu yd) per second, ultimately releasing a hundred thousand times the thermal energy released by the Hiroshima-Nagasaki bombings. More than 1,000 people died in the eruption, but exact numbers are unknown. The only surviving eyewitness account of the event consists of two letters by Pliny the Younger to the historian Tacitus.