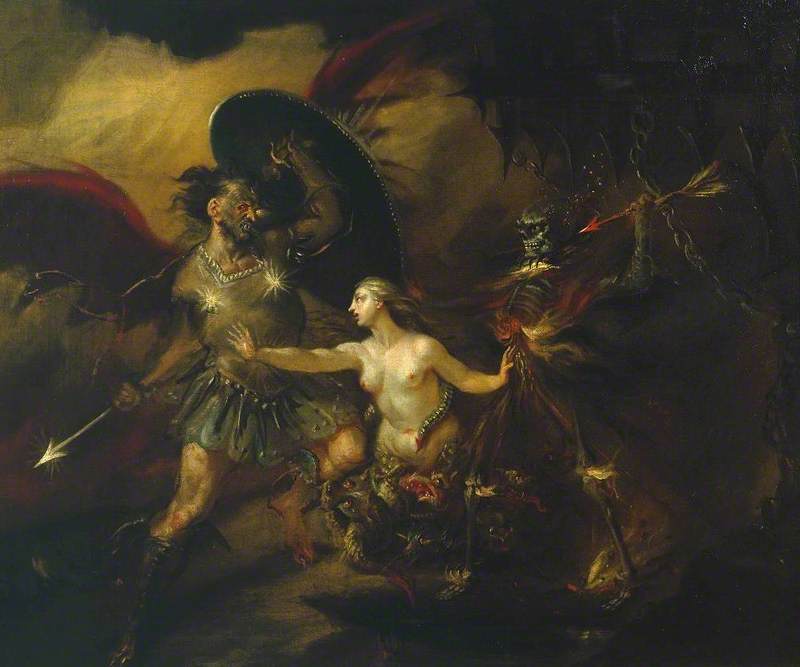 God hates sin and most sinners too, besides those whom He has called. That He universally “hates sin but loves the sinner” is simply trite sentimentality intended to placate man’s evil inclinations with the free and forever-open invitation that might allow the sinner to glibly continue in his sin right unto the point of death at which time he can, as a kind of last-minute insurance policy for his soul, finally throw his cares upon the mercies of God. Among other such niceties do we tell our children so as to not be too fearful of their Creator and God.

No, He does not love all men unconditionally with an equitable kind of “salvific” love.

No, He does not send disembodied sin to hell but embodied sinners to hell for all eternity.

Without God to provide man with a certain, unmistakable, and inalterable teleology and purpose, suffering and even evil have no meaning.

Only in a cosmos that has an ultimate, unassailable, and fully sovereign God as its author and sustainer – this God who created all things ex nihilo, which is to say, out of no pre-existing matter apart from the essence that is the form and image of Christ Himself – can suffering have meaning. Suffering which, as a “thing”, had and has a definitive beginning or place and point of origin and, as created, necessarily has embedded within its expression a certain telos or “end goal”; that goal which, as with all things that are made (as well as those which are not), is ultimately to glorify God.

For to display the glory of and to glorify God is the chief end of not only man but the entirety of the created order.

Neither good nor evil are prior to or teleologically or metaphysically preeminent to the Godhead. Therefore God does not “have to” be “good” because of some metaphysical standard of goodness. He simply is good and can be nothing besides.

For God as “the real” and the all in all, can “swear by none higher” {Heb 6:13}. He is ultimate reality, transcendent, and the experience of transcendence itself. He is the standard by which all things are judged and come into alignment or not. All things find both their arche and telos in Him for Him were all things were made and to Him will all things return.

God only convenants with the righteous, with those He has already declared righteous by His free will choice, not man’s.

God has no part with sinners.

To know the origin of a thing is to know also its end.

For my part, despising not merely the trend of other “thinkers” for the past three hundred years or more but also the trend of general humanity for at least the past 100 years, I will take the Word of God at “face value”, which is to say, in the way it appears to explicitly expresses itself. I will thus endeavor to add no contemporary corollary bsed on the reigning consensus at any one time, nor will I make any modern “excuse” for what it plainly and emphatically says, nor will I seek to “analogize” the plain word of God, nor metaphoricalize, nor conceptualize, nor abstract as far as I am able the clarity of the way the Writ appears and has appeared since the moment it was composed.

For though we moderns cannot take anything for face value but attach to every written or said word or deed some “hidden”, “subterranean” or ulterior motive which has presumably influenced the writer or doer of a deed more decisively than what the writer or doer plainly “meant” to say or do. Man, however, did not always have such sn opinion toward the motives of others.

Man began in Christ {Col 1:16-18} and to Christ man will return, some to find rest always in His love, others to never find rest in His judgment. For God made man’s spirit eternal, some to eternal life, others to eternal death. For He is, as variously stated, “the alpha and omega” of the Godhead. {Revelation 1:8, 21:6, 22:13}

Hell then is Christ’s eternal judgment. It is found in Him and is part of His eternal nature as God and the immutable Lord and judge of all. Hell, then, is not eternal separation from God, but the firey “embrace” of Him and even the conscious “intimacy” with His person and nature, that person and nature whom the reprobate hates and utterly despises but will forever be near, attached to and “know themselves” in His glorious light: sinner and fallen forever.

Man’s soul is, having been made in the image of God, undying and enduring, even to the end of the age: some to glory, others to pain and suffering with or without apparent cause.

Will the sinner in hell know why he suffers? Will God thus give him over to his Reason which he fashioned as god while he lived so that such a one might know the purpose for which he suffers or will God take the sinners’ Reason away so that he will be forever harassed and harangued without hope from knowing the cause, source, and reason for his afflictions?

For hell is nihilism for all eternity.