In absence of an ability to remake or else synthesize the disparate and oft-irreconcilable events, challenges and internal conflicts encountered in life into a constantly-evolving and adaptable existential framework, a man must have such a framework supplied for him by an external source. For one cannot endure even a day without a well-defined set of moral, emotional and ethical tools with and by which to engage his fellow man, his own nature and even Nature herself; the necessity of those tools which is so primordial and cardinal to the conduct of human existence that they mandate as price for their ease of use the unquestionable loyalty and immediate obedience of each one their many dependents; those dependents which are everyday relieved of the ability to supply their own subjective answers to life’s infinite quandaries; dependents who are forced through threat of existential insufficiency and social ostracization to obey the most prominent voices who speak on behalf of whatever framework a man subscribes: a life of endless moral, emotional and ethical servitude the cost one must pay for his conscious deference of nature’s most elemental fight to someone or something else.

Insofar as my own limited and largely ignorant understanding of the History of Ideas allows, it seems the primary difference between the modern practice of hermeneutics and that which might be considered a pre-modern, medieval, classical or otherwise antiquated analytical approach is that the writers and historians of those earlier periods seldom, if ever, intruded into the supposed “inner” mind and motivation of the dead and defenseless, that interiority which the dead themselves would have most likely been ignorant in life, the pre-moderns who instead commented (where decency allowed) on the outward consequences of concrete feats and actions of the great; the concrete which, by its consensual literality, grounds and thus limits the excessive abstractioning and subjective perversion so easily perpetrated by the hands of any one man.

Even Aristotle, that lofty diviner of every delicate star in yonder orbit, stopped short of proclaiming a definitive “why” as to the esoteric essence of the words and deeds of his predecessors, that essence which every modern thinker from big to small now believes is his solemn duty to not only find and define but declare to the whole of the thinking world: “Yes, I am that Rosetta Stone”; a stone which such ones naturally seek to wield over their brethren so as to deflect and distract the scrutinizing eye away from their own existential insufficiencies and lack of depth; depth which can only be plumbed by the hermeneutical pursuit within and towards that esoteric essence of one’s own self, if, that is, such a thing can ever truly be found. 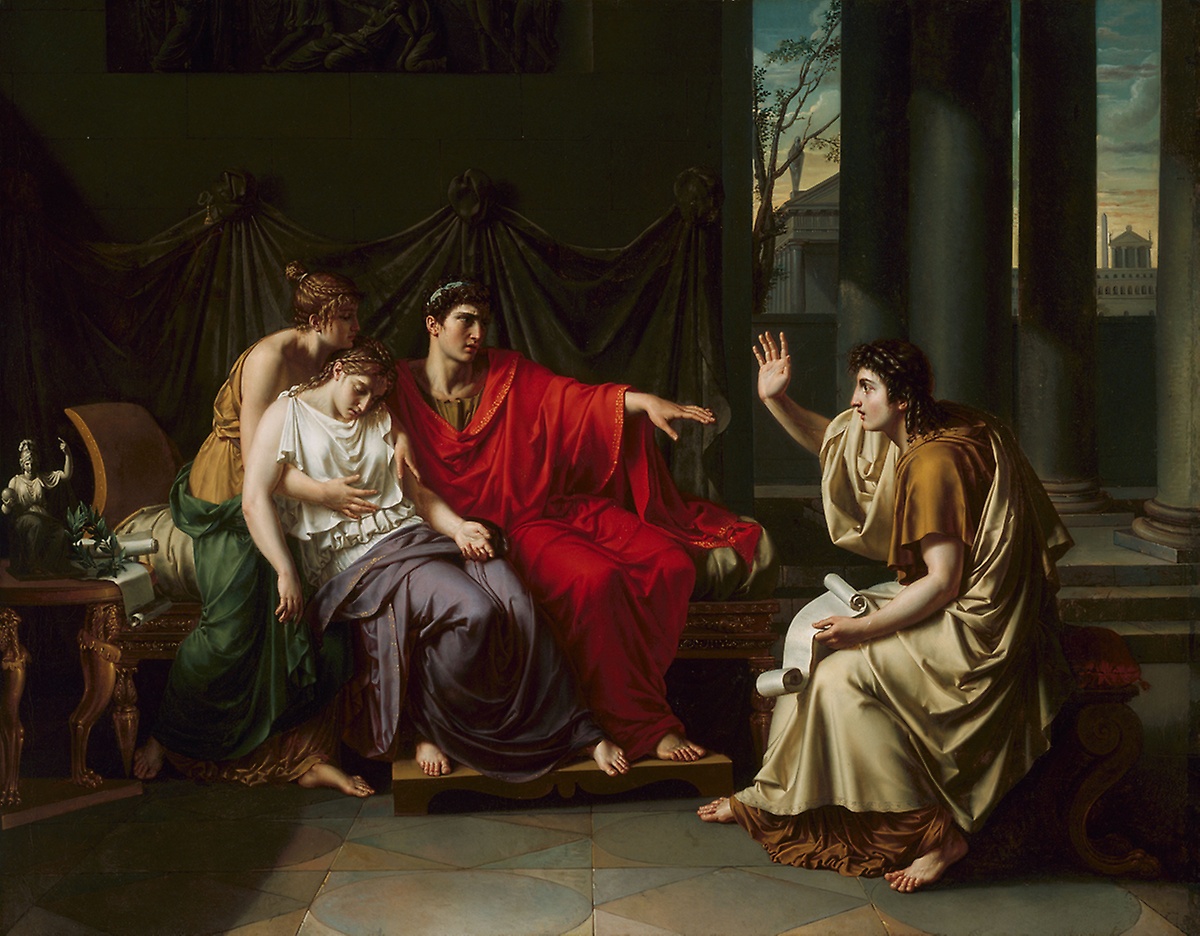 Understanding does not reside in the mind of man but the nexus of his senses, that which is embodied in the universal notion of “Heart”. For to simply “know” a thing without an emotional connection thereto and with dooms the object of that knowledge to eventual meaninglessness and existential insignificance, leaving such objects nothing more than mental clutter and intellectual refuse that so often impedes a man from deeper, more manifold opportunities for genuine emotionality, the kind that can only “truly” occur in the quiet confines of solitude and isolation.

For understanding does not and cannot arise amid the collective clamor of others and extraneous things, “authentic” or else “true” emotion that requires as ground for its ultimate expression the lone individual who must himself bear the intricate and nuanced consequences of such isolated feeling, never mind if it is had in the waling arms of another.

The collective, by nature, grows in self-ignorance and unawareness the larger the group becomes. For only the individual is even remotely capable of aspiring to the level of self-maliciousness required to attain a clearer and more honest understanding of who and what one “actually” is and might become; groups that, comprised as they are of subjective peoples who each have their own unique and specific reasons for associating with said collective, cannot “aspire” in any direction but down towards that lowest consensual level which might define the broadest, most common and based of all values that enable a particular group to act and move “as such”; the larger the group and more diverse its members, the lower the consensus must descend in order to retain the communal loyalty of the bulkiest mass; masses which, unknowing and unaware as each undeniably is, do indeed begin to imitate the characteristics of the animal in its herd, the cattle of its flock, the bee in its hive and ant in its mound, none of whom truly understand anything of “why” and even less “how”. 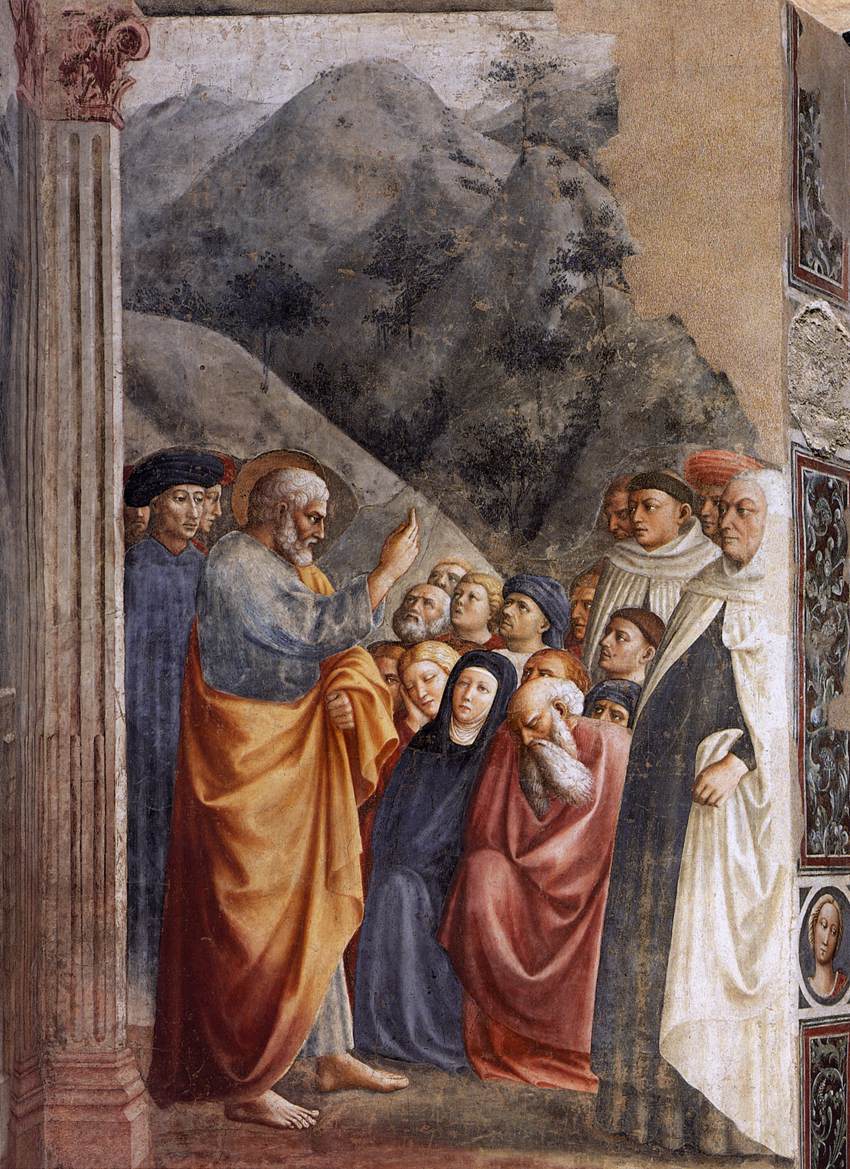 The Preaching of St Peter, Masolino