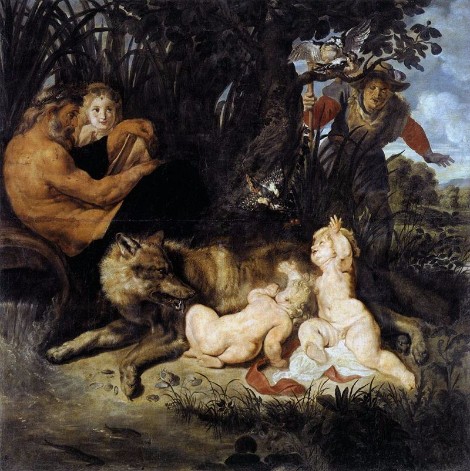 Romulus and his twin brother Remus were the legendary founder of Rome. Their mother, a Vestal Virgin, explained her pregnancy by claiming she had been violated by Mars, the god of war. She was thrown into prison and the children were ordered to be drowned in the Tiber. They survived and were reared by a she-wolf, and by a woodpecker that watched over them and brought them food.

The wolf is seen lying under a tree giving suck to an infant, while another plays nearby. The herdsman, Faustulus, who discovered them, is approaching. The god of the River Tiber reclines on his urn. Under the rule of Romulus the city of Rome grew in size and strength.