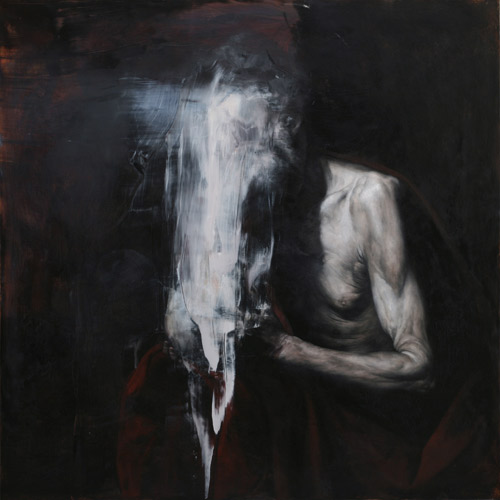 For those who’ve perceived in my writing a slight ease in the usual tension as of late, you’re not alone – I’ve sensed it too. You must forgive me this shortcoming, it’s undertaken with the utmost innocence. When an epistemological methodologist such as myself sits down to work each morning, I seldom have any notion as to what will actually materialize, much less where my whimsies will ultimately end when I finally put pen to paper. I was thus most of all surprised this week when I began to realize my own unconscious circlings around that large and impossible question of “Being” – and through it having leapt into the icy waters of “proper” metaphysical discourse, without suitable clothing to boot. If I previously felt unprepared for the emotional hazards that epitomize the philosophical craft, even more so the closer I inch towards the fiery heat of the essence of “what-is”. For not only do the words I employ utterly fail to capture this wild and dangerous spirit, I find the employment of language itself further distance me from my goal as I write it.

So great are the mental demands buffeting every side of this concept that I find myself having to close my eyes more than usual for simple respite. When I do, I feel the letters of my words begin to loosen and fall away from their neighbors, tumbling in all directions as if down the towering slopes of a frightening precipice, the sentence itself having been hurled upon the mountain by an angry god, splintering into incomprehensibility. If I endure the disorientation a bit longer, the precipice itself begins to recede, while the black canvas of physical eyelid begins to morph into a state that can only be described as having possibly existed before color, or that which has always existed beyond it, I do not know.

Opening them, the world is blurry, strange, its objects obscure though each one glinting with a certain newness and novelty. And it is here in this novel feeling that life gleams again with that old springtime freshness and palpable immediacy: the Moment itself laid naked before me and only me – to do what I want and shall.

Such, I suppose, is but a meager indication of the difficult, and no doubt delirious, rewards that await those who attempt to confront, however weak and finite man, the totality of what-is, and what-is not. So terrible is the potential uncertainty of this fleeting and subtle state of mind, one that takes no small celestial alignment to happen upon – one that subjective man shouldn’t gaze too frequently if he values the integrity of his own psyche – that I trust you’ll pardon my exploration into less treacherous terrain before mustering the courage to make another go at Essence, if such a choice was mine in the first place.