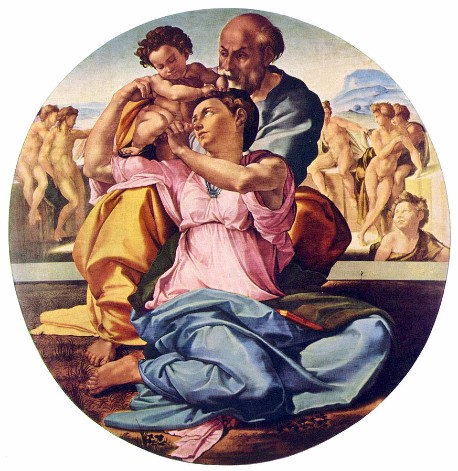 The work was most likely created during the period after the Doni’s marriage in 1503 or 1504, as well as after the excavation of the Laocoön about 1506, yet before the Sistine Chapel ceiling frescoes were begun in 1508, dating the painting to approximately late 1506 or 1507. The Doni Tondo features the Christian Holy family (the child Jesus, Mary, and Joseph) along with John the Baptist in the foreground and contains five ambiguous nude male figures in the background. The inclusion of these nude figures has been interpreted in a variety of ways.