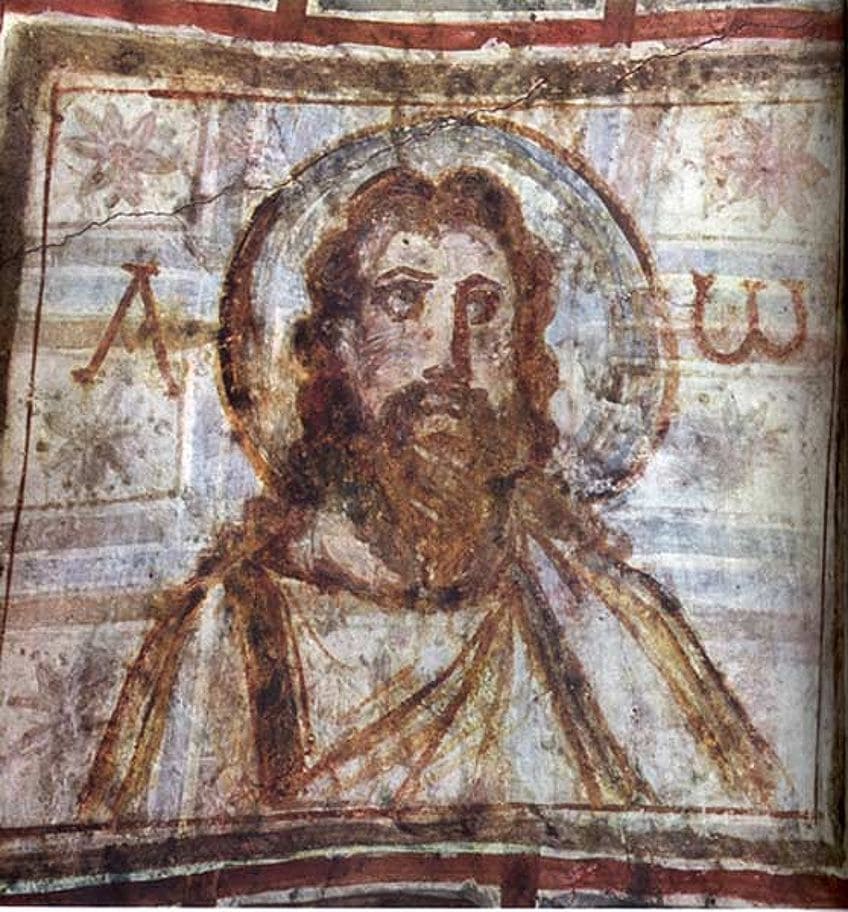 God is a remnant God. He always has been, and still most certainly is, and will continue to be.

God does not suggest or imply or leave anything whatsoever for the dialectical mind of man to question when He chooses to definitively speak. Instead, when He speaks, though it may come in a still small voice, such a declaration is clear, immutable, and undeniable – leaving man without question or dispute.

In the beginning, was the Logos.

In the beginning, was the Word.

In the beginning, was the Reason.

In the beginning, was “to Reason”.

In the beginning, was the thing-stated.

In the beginning, was the meaning.

The whole world and all it lovely contains is raised in one accord with every evil deed and diabolical thought against the sole Truth that can be deduced from thinking, reasoning, rational life:

Above all else, Christian life is suffering.

Concerning this reality was the life of faith experienced by our forefathers in unanimous agreement stretching all the way back to their respective conversions; their lived experience being comparatively brutal, austere, harsh, tyrannical, and short-lived to ours. As such, our forefathers could not come to any other conclusion about the nature of life and a life lived in communion with the Father. Indeed, it is only in modernity with all its decadent trappings and corrupting accouterments that a so-called “follower of Christ” can be led to believe that life is anything but an exercise in suffering.

The love of this world and all that “human progress” has achieved in every area of human life has led many a so-called “believer” into mistaking “God” as its cause.

Christ did not promise worldly riches nor even healing or respite for suffering. In fact, He promised us suffering in this life but also promised that He would comfort us and commune with us in our sufferings and that He would not leave us as orphans, and that, once He had prepared a place for us where He was going, would return to claim us for His own and to not leave us as orphans; “His own” which were marked as such by their worldly sufferings.

The notion that “the Christian life is suffering” is, of course, in no way palatable to modernity which by and large experiences no amount of suffering that cannot be readily assuaged. Preachers of the neo-gospel, shorn of the real gospel’s truth, shamefully place God and His way alongside other such worldly “wisdom” teachings such as Buddhism, Islam, Judaism, neo-paganism, and new age-ism in general, in whose dark light God still comes up short-handed because of His obvious hatreds of sins that each of these “worldly wisdoms”, and man in general, embraces so whole-heartedly.

A leopard cannot change his spots, nor can God – who is the same today as ever – can be acquitted of His earlier “crimes” against homosexuality, exclusivity in all its various forms, and even hostility to outsiders of His will. What’s more, God need not be defended by His sheep nor does He ask for such defense. Indeed, God can and will and does defend Himself (otherwise, He would not be God). In fact, to attempt to defend God before the trial of modern opinion will force such a lawyer to inevitably backtrack and compromise on the immutable and unmovable truth of God’s nature and the truth of His Gospel so as to hopefully acquit themselves of believing in such an antiquated and culturally irrelevant entity.

God cares nothing of equality, even less about equability between and among men. Nor does He care about man’s justice, man’s fairness, man’s concepts of right, wrong, good, bad, or indifference.

Nihilism is an incomparable gift because it inescapably forces one to honesty, and even brutality; honesty that either rightly or wrong assesses the reality of oneself and one’s place in the world and also the world in general and, by extension, the creator of that world and whether there be one, and if so, if He be good and trustworthy, or not. Nihilism cuts away all that is fat and weak, slovenly, unhealthy, and unworthy in one’s life, and in Nihilism’s light is a man able to see his own falsities for and as they are and by it is one also able to finally see Truth for what it is, not that Truth can actually be beheld by the nihilist but that such a one might, alas, see it for what it “is not” and thereby be equipped with such knowledge so as to not fall victim to the things that apparently and oh so emphatically “are”.

A thing cannot be but for its opposite.

Such is why opposites attract: the will and want to know that one “is” in light of that which they are not.

For, if a thing was forever surrounded by things like itself, how could it even know that it “was” and “is” in the first place?

In this, it must be pointed out that opposites are not those who are completely foreign and unfathomably contrary in nature to their other, sharing not a single attribute whatsoever nor any perceivable likeness at all. No, for one could in no way perceive much less conceive of the reality of their other unless the basic essential substructure was the same, allowing for perception at all.

Man is not opposite a fish, but a woman.

All the same, man is not opposite of God.

God, who is timeless and without form, is therefore attracted to the Son who, though alike in essence and nature, is nevertheless bounded, well-formed and timely, which God the Father is not.

For, the ultimate goal of opposites, once they realize they are one in the same and yet opposed, is to procreate. This procreation is, of course, not always physical nor sexual, though usually.

If God, in the eyes of some being the overbearing tyrant that He is, was to force man to not only love Him and also others – or not – and to fastidiously control every act and thought perpetrated under the sun, not only the acts of man, but also the acts of beasts, bugs and creeping things that slither and crawl to include storms and other natural phenomena – how would man experience life any differently than that which he believes he does currently in and amid his so-believed “freedom of choice”? Indeed, if God’s sovereign hand and will were, in fact, ultimate, implacable, unassailable, complete, and total, how would man be any the wiser? How would life be contrary to the way in which man presently experiences it if possessed of this difficult, unfathomable, and offensive knowledge?

I would argue that such a predetermined reality is the experience of life and can be no other way if there is indeed a fully sovereign, omniscient, and omnipotent Lord in the heavens who created all with and through His will because of His love.

If this is so, how can man be held responsible for his own sin? Further, how is there sin in the first place if the God who controls all cannot lie, nor sin Himself? Does this God cause His creation to sin indirectly and, if so, how can man be guilty of his sin and be thus judged according to the wickedness of his heart of which he cannot even identify let alone extricate himself, let alone do anything but sin?

Man is yet held responsible for his wickedness which he cannot choose anything of the contrary from the start of his evil existence.

But who are you, oh man, to talk back to God? “Shall what is formed say to the one who formed it, ‘Why did you make me like this?’” Does not the Potter have the right to make out of the same lump of clay some pottery for special purposes and some for common use? {Rom 9:20-21}