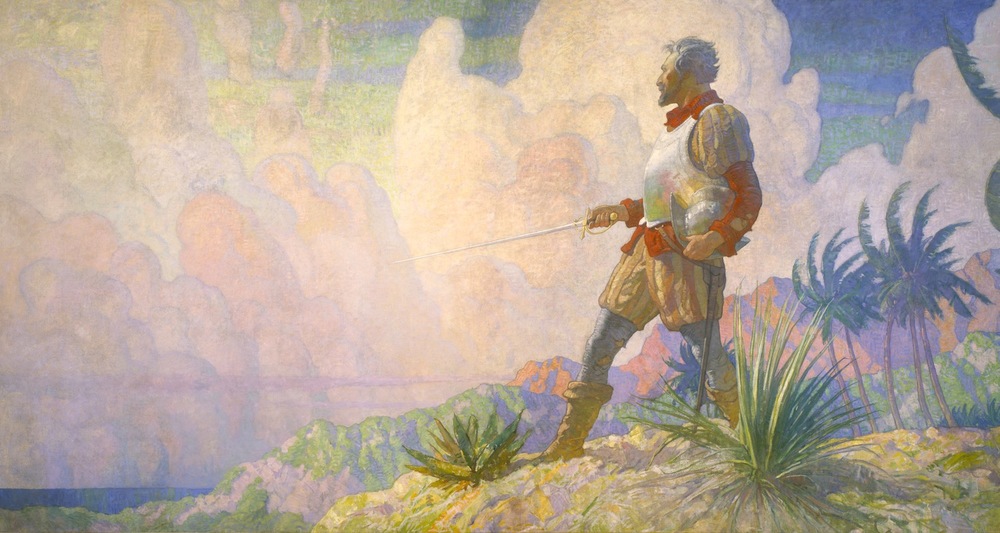 Wherever Man endeavors to make his home in the stars, he must, lest he first become a Machine or other such silliness, bring his Earth with him, not only its environmental conditions but its very aesthetic: every sight, sound, feel, smell.

For it is impossible for man in his current emotional and psychological condition to live without his mountains and plains, his unforgiving seas and memoryless deserts. Even his concrete abodes he cannot do without, nor his telephone poles and railway lines, his roads, factories, airports, urban centers of commerce and so on.

From a certain lofty view, the topography of the earth not only mirrors the terrain of man’s soul but is the vastness of his immaterial body: its valleys his veins, its heights his hopes, its skies the manifestation of his eternal longing. When we gaze, it’s not outward but inward do we peer, into our flesh (so say even the optometrists).

To truly endure life on other planets, man, as presently conceived, must either find habitations whose specifications resemble exactly that of the earth or he must recreate them, precisely, ignoring not a single tree or shoreline curve. Such are artistic considerations, after all. For man is as much the art of the cosmos as its Great and Lonely Artist. Wherever he ventures in body so goes every glorious heaven and wretched hell he intends to forsake. Even man’s unrealized need for the moon will eventually compel him to return from his celestial travels so that he may, after mapping its lunar design, build a suitable replica to likewise hang upon whatever nightly wall of distant sky he claims. For man to do otherwise would be to abandon his first and only station.

Following this line of thinking, to occupy another earth in any sort of permanent way would be to occupy a foreign human body, replete with alien emotions and unknown aspirations, non-native drives, instincts, natural laws, and the rest. To do this, the flesh, which is to say man’s “earth”, must in every way be devalued through its methodical alteration: first conceptually and then in actual fact. Said another way, to justify the future abandonment of the earth, her “moral ideal” must be rendered repulsive and intolerable. She must be made broken and irredeemably evil to our eyes, such that we’re left with no other “moral” choice but to permanently turn our backs on her while still maintaining an unblemished conscience.