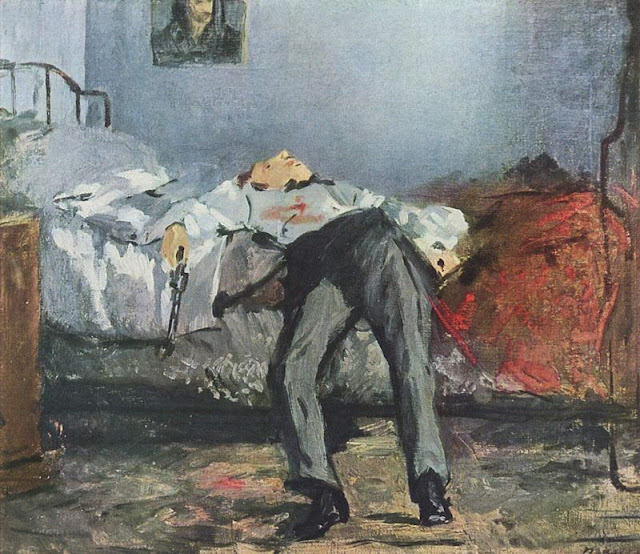 God does not promise physical or mental healing, or that He would endeavor to help one fulfill one’s carnal desires or soulish dreams, no, nor even that He would speak to man; He “only” promises forgiveness of sins to those who ask for it in faith; and also, that He would not leave us as orphans but send His Spirit who would lead His chosen into all truth. {John:14:8}

Before a man is saved, his spirit is utterly dead and has been since birth and cannot be raised to life by any effort of the mind or will of man. Only “the flesh” is operating in man, depraved as such a thing is and cannot be anything but, that flesh which is at continual and unremitting enmity and overt hostility to the spirit which, though everlasting, is indeed quiet, reserved, patient, longsuffering, kind, unenvious, and humble.

I, being a man, largely a carnal man of the flesh, need to be saved not from carnality, per se, nor the futility of the flesh nor the wiles of the devil, nor the temptations of this world, nor even from the penalties of sin and the sum of its wages which is death. Above all else, I need to be saved from God who, if the Holy One of Israel does not dwell within me, is my enemy whom I am at constant enmity with and whose wrath should justly find me. For, only through Christ have “we been justified by his blood, therefore how much more shall we be saved from God’s wrath through Him!” {Rom 5:9, emphasis mine}

Indeed, Christ, as one in the same essence and nature as God, came to save man from Himself and His own judgment and the wrath that He Himself will mete out in the last day on behalf of the Godhead. All men who, therefore, do not know Christ nor the power of His resurrection but who nevertheless speak of God in terms of universal brotherhood or some other humanistic flap-trap are hopelessly mistaken. For God is wrath as much as He is love and cannot be love if not for wrath; the height and horror of that wrath to those who are destined for perdition is indeed as great as His love and mercy are to those who believe, this same God “who did not spare His own Son, but delivered Him up for us all; how shall He not with Him also freely give us all things?” {Rom 8:32}

Nihilism, at its most advanced state within a man, eventually compels one to cease all thought and indeed paralyzes him from the ability to think or speak at all. For what is there to think when nothing has meaning? When nothing can have meaning under the sun nor ever has? Such is why ecstasy, as it culminates in the bodily experience of the ecstatic – culmination which is universally typified by the complete and utter impossibility of thought and the utter confoundment and befuddlement that ensues when the mind’s machinations, overwhelmed as they will be by the euphoria of the body’s emotional rapture, dissolves and prevents a man’s reason from its dialectical normalities. In wake of such sensual obliteration, that which does indeed pass as fast as it comes before eventually returning to normal, how can one – if such an experience was indeed the highest that the body and thus life was capable of evoking – in the sublime post-coital repose when one returns to one’s senses, not be stricken with the horror that such euphoria was indeed the highest and best that “bodily life” – which is to say, “life” – has to offer, but yet missed or misplaced the essential truth by which all men must live?

God loves His creation insofar and only insofar as it is the remnant that He specifically and particularly came to save and explicitly purchased with the blood of His Son on the physical cross of Calvary. For the vast majority of humanity which He did not foreknow nor predestine, God hates. Surely His wrath will fall upon them. For, I say again, if God is not wrathful He cannot be loving.

Before Christ chose me and quickened my spirit to life with His grace and though that grace imparted to me the faith to reach out to Him so that my spirit might cling to Him as that most precious pearl of great price, I hated God and scorned His Son Jesus, and was not only dead from birth but could in no way ever be at peace with Him, if peace with God was anything I ever endeavored to achieve in the first place, which it is wasn’t, because I couldn’t.

In midst of a certain harrowing bout with Nihilism, though no one would ever think it so, when the fog of conflict has lifted and the noontime clarity makes all things visible, pristine, and spotless, one cannot help but be grateful for life and also grateful for the insights that can only be had through the psychological suffering one underwent.

Nihilism, which does indeed visit me in varying ways and in varying intensities at roughly four-month intervals, with each bout lasting about three to four weeks, is the “thorn in my flesh” which, though I have never wished or prayed it away, is the great boon of my life and the source of all my wisdom and wit, have I any to begin with. For, more than anything, Nihilism cuts through and casts away all that is weak and pitiable and unworthy and thus unfit for life, whether that life is one in pursuit of God or His opposite.

For His strength is perfected in my weakness (2 Cor 12:9) and though my flesh howls and screams so vociferously in the battle and drowns out all cries of my spirit to praise Him, praise Him I trust His Spirit does on my behalf during the fight, the Spirit who always “helps us in our weakness. For we do not know what to pray for as we ought, but the Spirit himself intercedes for us with groanings too deep for words.” {Rom 8:26}

And while in the supine gloat of having survived the ordeal (not that I survived it but the Spirit who gives life and breath), I know that He is able to sustain me unto the next ordeal. I do, however, pray the Lord spares my family the trevail during the next fight to the death with death itself and utter annihilation. For my family is always the first, last, and most obvious casualty in my spiritual war and it is they whom I pray be most spared the carnage but are so often not and are indeed the recipients of my most devastating salvos and attacks.

Oh, how I pray that it was not so, but is! For their sakes, I would pray that the Lord relieves me of this thorn forever and always, for so desperately do I love them, for they are the beginning and end of my life as a man.

Happiness is a dog with a stick. No, a dog and his stick.

The Christian life is one marked, above all, by suffering. Unfortunately, as far as my eternal rewards are concerned, have I any to begin with, it is only when I begin to enjoy a happy respite from suffering (suffering that is – thank God – only of the internal, mental, and emotional type, for I do not think that I could endure an actual thorn in my bodily flesh) that I can bring myself to praise God for mercy and His great care and support of me. That I do not praise Him in midst of the battle and do, instead, curse Him is a shame and dishonor to my place and standing as one redeemed of God.

Nihilism, perhaps paradoxically, in the end, shifts a man’s focus away from the incessant, neurotic self-examination – of which the world wrongly assumes is that psychological practice most necessary for a healthy individual – to that which might exist outside of him, to that which might concern life itself and not his lonely, idiosyncratic role therein; this “groping beyond” oneself which surely is the inception of man’s religious expressions by which he cannot endure life without.

One does not overcome nihilism. I suppose nihilism eventually overcomes itself by its own self-negation which, on the face of it, is unavoidable but also ridiculous in that such self-negating nothing must also amount to nothing, or else “something” which is indeed this “nothing” and on and on into infinite regression. Yet, that life continues even though nihilism has infected the minds of the whole of the planet and yet that planet still persists must tell us nihilists “something”, even if that too is not really anything.

No thinker creates “ex nihilo”. Only God creates in such a way. As for a man, he will always be instructed by someone, whether directly or indirectly.

“My” nihilism has no external cause whatsoever which is precisely why it appears so offensive and befuddling to those close to me who, as spectators, are also drawn into its consequences. In truth, my exterior life is plainly blessed and earmarked for the grace and bounty of God. But that I still psychologically struggle and suffer greatly often makes me a walking quandary to those who encounter the hidden recesses of my internal life.

One can judge the superficiality of one’s grief according to the eagerness with which one seeks to attribute some external cause as the source of their guilt, with the intent being that such a one’s struggles might be made intelligible to the world, not that the grieving will usually be so eager to diminute the perplexing profundity of that which torments them, but so that others might be able to apply this tangible attribution so as to better empathize and by so doing also pity the grieving; pity which always benefits the pitier over the object of pity by granting them moral superiority over the grieving’s situation in the vain, veiled hopes that the pitier might be exempt from such similar sufferings.