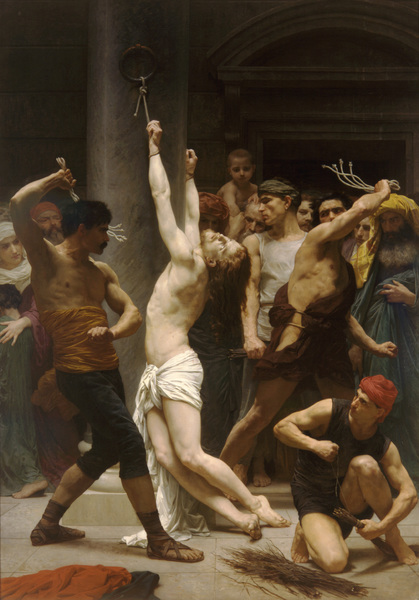 The evangelist truly called to such a weighty role within the body of Christ should tremble in the weightiness of his station in fear before the Lord when proclaiming the true gospel of Christ because those who hear and proceed to rubbish such an inexpressible grace will be held to a higher standard than those who had not heard the gospel but are yet still held responsible for responding to its truth. “How much worse punishment, do you think, will be deserved by the one who has trampled underfoot the Son of God, and has profaned the blood of the covenant by which he was sanctified, and has outraged the Spirit of grace?” {Heb 10:29}

As, I suppose, a preacher of such a gospel in my own oblique way through the writing of this text and others makes me tremble. For you, having read the whole of this work with ears either open or closed will have no excuse whatsoever on the day of judgment when the Lord decides the fate of the quick and the dead, of which He has made me a small, insignificant minister, but yet still a minister in spirit and truth.

Would God overlook the seemingly small and effervescent thoughts and deeds of men and allow them to perpetuate without His sovereign hand being upon all their doings in His pursuit of ensuring the most important thing, namely, the salvation of souls?

Dare I say not.

God is either God of all or none.

Any so-called “new” or “novel” notion of faith is in no way new or novel, nor are such notions in any way faith at all. They aren’t even “thought”, properly understood.

With this being said, the insinuation that, because God is king and Lord of all, we as His chosen own should likewise endeavor to attain such a sovereign rule over whatever sphere of influence we find ourselves in this life is yet another doctrine of demons which seeks, above all, to satisfy and placate the lusts of the flesh which more than anything adhere to the edicts of the will to power and manifest as the want of and will toward worldly riches, social influence, and material gain, among many other vices.

It is not further said that “now that Christ has made you rich and strong and powerful in this life because you chose to follow Him, now…” No, rather, “God chose what is low and despised in the world, even things that are not, to bring to nothing things that are.” {1 Cor 1:28} This speaks to the fact that the weak things stay weak and are intended to remain that way to continually shame the strong. Why? “So that no one may boast in His presence.” {1 Cor 1: 29}

Indeed, the notion that Christ’s followers should rule and reign as a kind of neo-Solomon is anathema to the gospel of Christ. In fact, one who, just as the evangelist, desires to lead, specifically in the Church of Christ, in every way desires a good thing, {1 Tim 3:1} but such a one will nevertheless be forced to endure more pain and suffering than those not so-called, again, so that these leaders may have no way to boast in themselves and their own abilities or capacities to endure. With this being said, who, in their right mind, would want to voluntarily welcome the continual chastisement of the Lord in order to lead His flock, even if the Lord supplies everything that might be needed to carry it out? {1 Cor 10:13} Certainly not me…

One of the reasons I find myself associating with the so-called “charismatic” expression of the faith, that which in the 100 or so years since its diabolical inception is undeniably a bodily expression of the faith which, as body, is naturally bereft of a specific telos or head or respect for or even a sense of authority either for hierarchical leadership in the home or church and even less for scriptural authority or anything else which might seek to limit its expression is that I can more plainly witness what hot “new” heresy the body of Christ is entertaining itself with and by which manner of rhetorical vacuousness the preachers of such deceptions are employing to shop these hellish wares. For the Charismatics hallow the body of man over the body of Christ and by so doing unknowingly hallow that which cannot keep itself from following its own lusts which yearn forever for power, comfort, respectability, wealth, healing, and gain.

Being thus exposed, I am forced to “flesh out” via the Truth of the gospel “my own” gospel which, God-willing, is also His gospel, eternal, unchanging, and uncompromising as Truth inescapably is.

For just as God raised Abraham’s body from the dead, and Sarah’s womb from the dead while both still lived so as to bring the promise of a resurrected son into this world which only God could carry out, so too did God raise Christ from the dead by His power alone, so that He might bring many sons of promise into the world, all those chosen in Him, like Isaac (not Ishmael, who was born not by faith but by the will of the flesh). {Rom 4:19-24}

The “free gift” of grace from God is free in the sense that it is only given by and through that freedom of will that He alone possesses in the whole of the cosmos to act and to do upon those who are willed for His – and only His – good pleasure.

God’s sovereign election in no way prevents or stymies men from approaching the cross so as to embrace the One who hung upon it and the work such a one accomplished, quite the opposite: through His sovereign grace are all men – yes, even a single individual – ensured that He will accomplish all for them at the cross. Yet, without His election, no one would come to Him. The cost of loving Him is far too high.

Indeed, where is the man who “searches” for the truth of Christ but fails to find that (or whom) which he searches? Indeed, no man simply searches for Christ and, after a time of confusion, setback, or hardship, abandons the search if one is truly compelled by the Spirit to search for Him. {Jer 29:13}