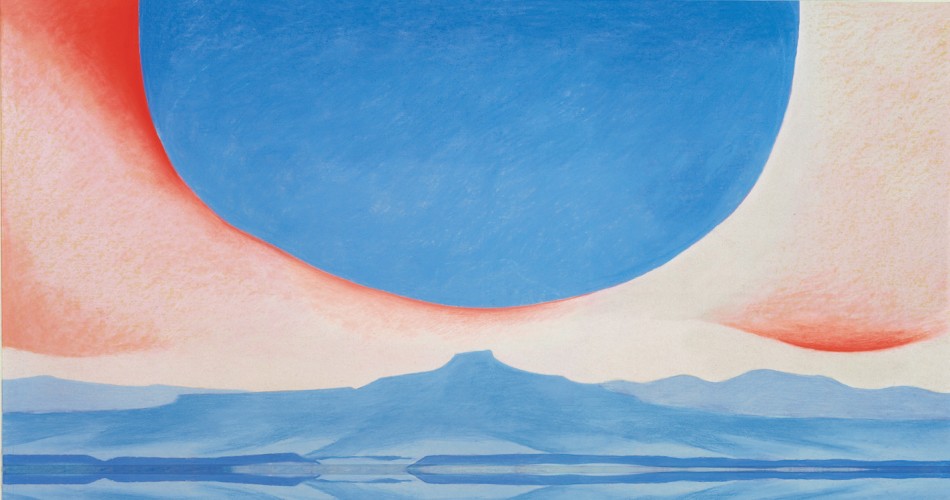 As always, gratitude, for your attention: to even consider opening this innocuous email amid the bevy of urgencies no doubt clamoring from your inbox. And also, for your patience: with the grammatical and punctuational errors that surely riddle the better part of this work; and the inconsistencies of my pronoun-making and various literary inventions of which most will be completely unaccustomed; lastly, for the general weakness of my submissions over the past few weeks. You must forgive me, the family and I just returned from a month-long road trip to California which took us to eight different states and a host of smaller cities and towns, an indescribable experience which naturally left me little time to pursue any serious contemplation amid the bludgeoning spectacle that is the American West, a land of such desolate diversity that it renders any attempt to rightly capture it with words a near-impossibility, especially those that might be produced from the passing window of a car. At any rate, after a visit to my hometown for a wedding, I was finally able to sit down to five full days of writing, uninterrupted save for a nagging psychological tension that harassed me along the way, one that almost compelled me to destroy everything I have hitherto penned. For almost a fortnight I’ve been frequented by this alien power whose whips and chains seem bent on driving my mind and emotions through the icy crags of a rocky mental crevice, to what ends I do not know. Tension is, of course, the fertilest ground from which the most nuanced thought is produced, but it’s in no way easy on my own nerves nor those of my loved ones, they who tend to bear the brunt of whatever frothing ventilation possesses me at whatever moment. While for their sakes I would wish this unpleasant element be absent the literary life, these periods of creative aggression are, unfortunately, necessary for philosophical breakthrough, the achievement of which requires a certain internal viciousness which cannot in all cases be contained. Thankfully, the tension seemed to slack a bit the other night, bringing much needed laughter to the Fallon home.

As far as my reading is concerned, I’ve been foraying the writings of Martin Heidegger, particularly his essays: “The Word of Nietzsche” and “The Age of the World Picture”. As anyone who has attempted his work can attest, the opaque untranslatability of his German demands the utmost of one’s attention. Reading mostly during walks, I find myself having to keep a firm thumb under the line I’m currently studying, though it seldom keeps me from having to re-read sentence after sentence. If one’s consideration wavers for even for a moment, the reader soon finds himself hopelessly adrift. What’s more, I must confess that I’ve been thoroughly infected by his incessant “essence-ing of things”, an affliction that has compelled even me to attempt more difficult metaphysical terrains whose topography leaves my meager intellectual tools much in want and uncertain, especially given how ignorant I am with regards to the history of western metaphysics. When placed alongside so finely tuned a philosophical ear as Heidegger’s, I have found my own “essential” claims to have the weightiness of a scarecrow flapping in autumnal wind. Such humiliation, however, is what we so-called “philosophers” seek in the work of our brethren: the confirmation that there is, alas, someone better out there, which is to say, more work to do. The problem with one so dense as Heidegger is that I don’t feel to be sufficiently progressing with my overall reading schedule, a nasty habit I’ve acquired that equates page number consumption with intellectual progress. Thus, because it is easier on my ear and aesthetic, I’ve been taking refuge now and again in Nietzsche’s “Beyond Good and Evil” whenever my page count stalls.

On the physical end of things, it has been mainly barefoot sprints, ring work, breath-holding, and various improvisational mobility movements performed at a reasonably-high intensity. My hips, knees, and lower back, always at odds with me for subjecting them to prolonged bouts of chair-sitting, are all the more glad for the liberated range of movement. Having as of late the luxury of a little more time, I’ve been able to expand my usual training duration from twenty minutes to forty. The weather in Texas is so pleasant this time of year that one can’t help indulge whenever possible.

Concerning the Work itself, we’re continuing to refine the idea of “nihilism as consequence of man’s realized atomization”, as well as the notion of “authenticity”, which is to say, what “to do” with nihilism when it finally finds a man.

Looking further down the road, my goal is to complete, in content and word count, a book-length collection of aphoristic writings compiled from (but not limited to) the work published on this site. By years end, I hope to have finished revising a play about the destruction of Sodom, to include a sizable self-critique as introduction.

Finally, if it seems I’ve been keeping to an unsustainable pace with my writing output, you are probably right: I feel the inevitability of having to find some sort of gainful employment looming large in my psyche and want to get as much done while I still have time and energy. Although I have naturally considered monetizing this site in some sort of faddish manner, I am, unfortunately, a man of stupid principle and thus have grave misgivings about too-hastily reducing the work of my life to mere economic determinant, something that would inevitably transform this art into the “communication of information” or other such polemical rubbish. I do, however, believe a laborer is worthy of his hire, so we’ll see what synthesis results from this struggle over the next few months. All to be said, if you discover in the not-so-distant future a reduction from three postings a week to two, and a letter sent every other week, you’ll know why.