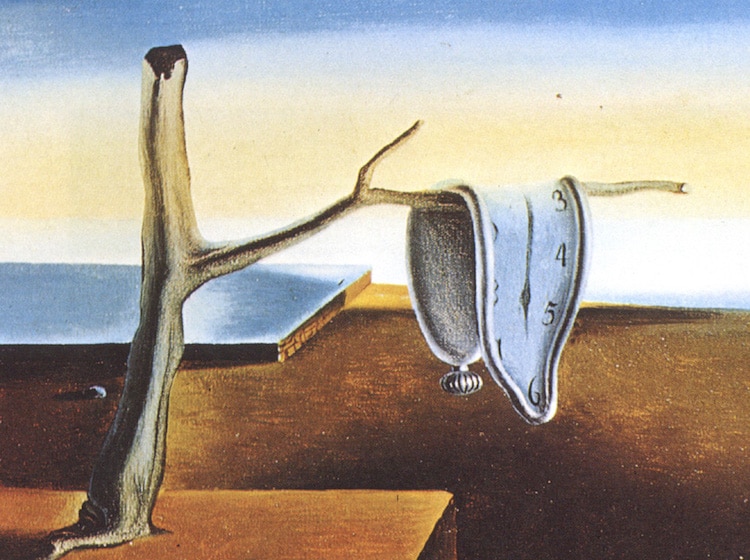 The Persistence of Memory, Salvador Dali

for your continued audience – my humility, as always. Whether known to you or not, this form of conscientious communication – unfortunately now in its death-throes – allows the writer to exercise a certain self-reflectiveness that, if attempted through any other medium, would prove too stilted a literary contrivance to persist in good faith, no matter how well-meaning one’s intentions or artfully the tack assumed.

As I see it, the personal letter is the most suitable vehicle for the accentuation of the nominative “I” and “me”, singularities which I myself have been hesitant, if not loathe, to express; reserving for them the same loathsomeness I’ve held towards all of life’s dreadful practices, chief among them being my own gradual and inescapable individuation and subsequent atomization from the shared experience of others; an acknowledgment I’ve attempted in vain to flee for well over a decade but have now finally acquiesced: Nihilism has triumphed the heart of man, and with it – God’s irrevocable death, which is to say, the impossibility of knowing Him universally as our God, not merely my own idiosyncratic interpretation.

Nihilism as an ever-present meta-historical reality is indeed the spirit we moderns are weaned. It’s not only passed through our mother’s breast but constitutes the very air we breathe and items we eat, articles we wear and abodes we inhabit, hulking in our every comfort and convenience, while imbuing all thought and animating our every action as it looms forever above, behind and before things past, present, and no doubt future. Seen not merely as the principle in which “the highest values inevitably devalue themselves” – Nihilism is the realization of the Body itself, which is to say, the life we sensually live in it; the Body of Emotional Perception, which, no matter how close we may believe or hope our own perception(s) resemble that of another’s, nevertheless remains inexorably subjective, insofar as our perceptions are realized in and through a corporeal form; one that, if the universal was to ever again be regained, must first be abolished: death which no doubt our every heaven ultimately intends.

And it is precisely because I have not yet succumbed to death nor outright killed myself – whether in body or spirit – that I have found eminent need to justify this fateful decision to go on living at all, that which has taken me untold epochs of psychological, emotional and physical struggle to actualize; actualization I’ve only recently been able to articulate, however obscure.

To others it may not seem so profound a notion – “Nihilism as the spiritual evolution and historical process of man’s liberation from Himself”, as well as its subsequent demand that we embrace our own apotheosis as value-creating entities. But for one who has lived it, willingly, despite the travails and horrors that have taken me to the point of psychological collapse and then a few steps further, it does indeed feel as though I’ve finally passed over a hitherto untenable range and broken forth into the wild and dangerous country that might very well be the great work of my life as living art; art which seems to me the only response for he who chooses to go on living in and with the awareness of subjective-meaningless without the avail of whatever multifarious intoxicant our culture offers always at arm’s length.

For your aid in this endeavor by supplying me with that quiet and anonymous sphere into which I may actualize the things ferocious and beautiful in and of our bodily experience, I again give thanks.