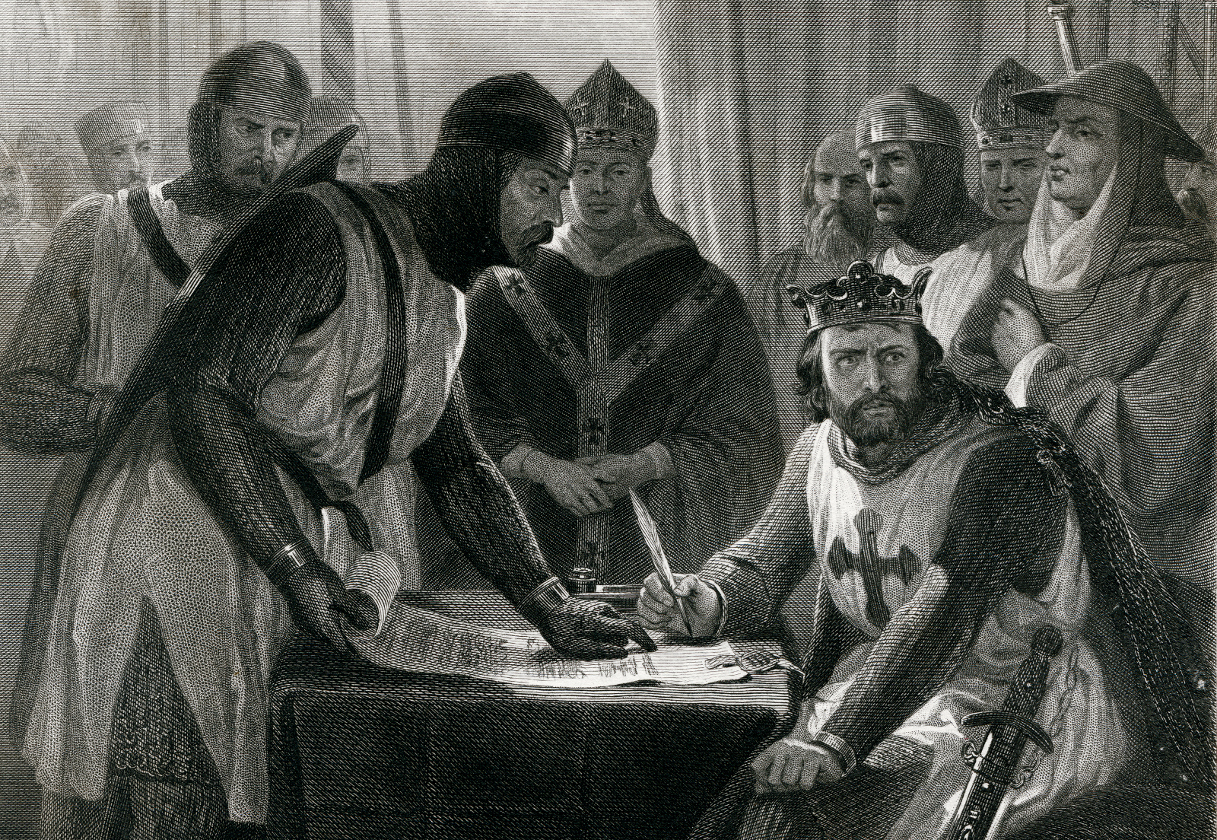 “Man must worship something“: such a cardinal necessity cannot be overcome nor circumvented, no matter the degree to which scientific pragmatism or other such cognitive conditioning may pervade one’s thinking. For no sooner does a man content himself that he’s slain the old dumb God of his fathers’ than does another, equally-powerful but altogether sinister force rush to fill the vacated lot, an act the new deity seeks to conceal by various rational, reasonable and logical allusions of mind.

The great danger is not so much the ambiguous intentions of this new dark lord, but that the man himself, having (as often is the case) attached every so-called “immaterial” possibility to the slain deity – to include superstitions, dualistic moralisms and the rest – eliminated with it even the potentiality that certain non-empirical, supra-scientific principles might, in fact, “exist”, to say nothing of the nefarious influence these principles might exert over men without their foreknowledge or consent.

Having exchanged one type of blindness for another, the newly “liberated” mind is as equally if not more vulnerable to the binary traps and moral zealousness which he erroneously believes he extricated not merely from his own reality but all of it. In every way does the transfigured atheist remain a slave to the old dogmatic approach toward life and thought; in every way does he remain a monotheist, a “convert”, a follower, disciple. Thus does he also remain as aesthetically impotent with regards to the creation of his own supposed values as the so-called “dolts” from which he hails and now opposes.

Nevertheless, any man who aspires to greatness will, without exception, be forced by his own spiritual trajectory toward the unavoidable confrontation with the God he inherited from his parents and culture, whether a traditional deity or not. Such confrontation is not only a necessary step in one’s overall existential development but is, in fact, the culminating event from which a young man will thereafter draw power and aesthetic purpose – if he conducts himself properly in battle, that is.

Given the aforementioned dangers of exchanging one type of spiritual blindness for another, what is a young man to do when his internal yearning for more beautiful and terrible heights of actualization compel his spirit to flood over and beyond the watertight dogma that his culture and kin erected on his behalf and yet not devolve into a more pitiable, unbalanced and diseased animal than he already is or was?

Such a man should seek to overthrow deity, not slay.

​For in the heart of every individual is a throne upon which something must sit and from it command. As alluded, that which originally claims the seat of holy reverence is the existential framework a man inherits at birth, one that is reinforced by his respective culture into adulthood. For most, this basic worldview remains the unquestioned “law of the land” encompassing the whole of one’s life, save for those rare interludes of youthful rebellion when a young man supposedly exiles his God for a time so that he might go out and “find himself”, only to later, when he realizes he has not the power nor stomach to endure the truth of what he encounters – which in every case is the perception of own eternal meaninglessness – restore the deposed lord with all due honors – as the English did their Merry Monarch, Charles II.

Few individuals can psychologically withstand the violent and sweeping changes that an alien form of government such as the Puritans and their Cromwells inevitably bring. Even if the individual acknowledges the new god as such, this novel affiliation seldom benefits the man in any substantial way over the old. In most cases, as in the example of Cromwell, the change of power places far more tyrannical, austere, and unreasonable demands upon the shoulders of the newly-governed. The Puritan parliament outlawed Shakespeare for god’s sake – and Christmas! 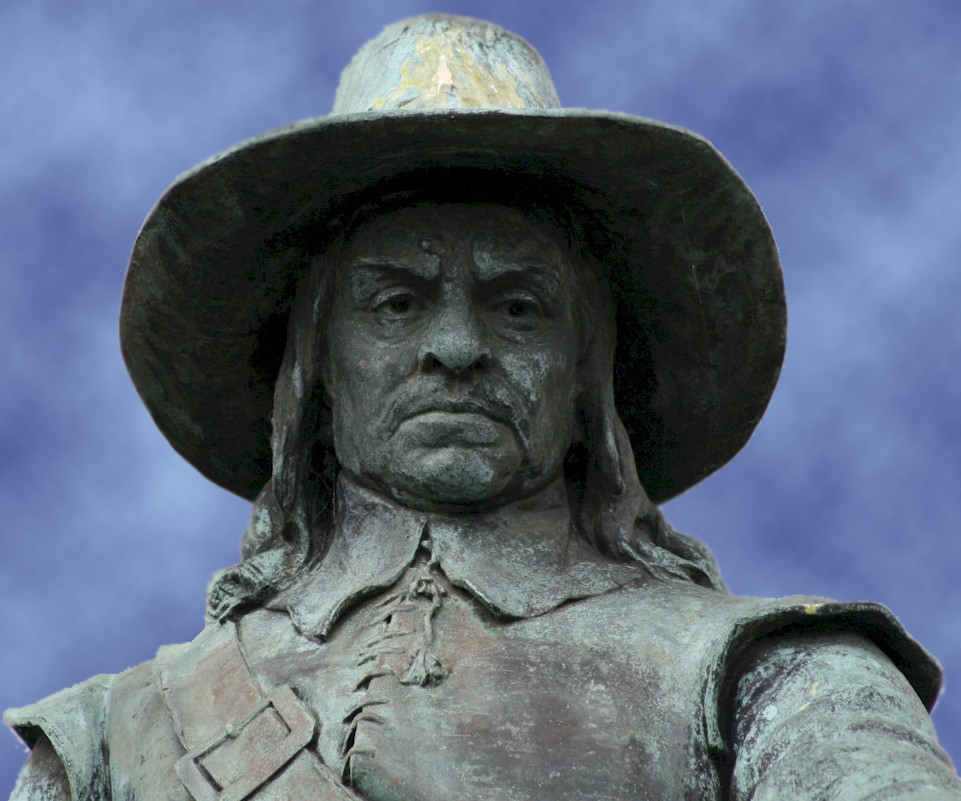 What, then, is needed is for the young aesthetic to learn to sit on his own throne, to be his own lord and arbiter of meaning; to be his own king who presides over his own internal court replete with heralds and cup-bearers, chaplains, fools, stewards; a king generous to guests, patient with appeal, and deliberate in matters of war and foreign affair.

Though the young man will most assuredly have to wound the old sovereign in order to usurp him from the throne of his heart, it should not be a fatal blow – as the impotent and vengeful are often in the habit. No, the injury should be well within the power of the court’s physician to successfully cure. Afterward, the old sovereign should be allowed to sleep in his own chamber – in his old bed even. He should be well-accommodated with thick robes and wood for fire and hearty cawl to warm his winter bones. The new king should even grace the imprisoned monarch to seek his counsel on diplomatic and spiritual concerns from time to time. What’s more, the Deposed should be honored with a new title, and invited to various banquets and ceremonies – all within reason, of course. And should some alien ambassador or unneighborly head of state insult or otherwise trample the good name of the old king, the new lord should have that scoundrel publicly reprimanded – even physically punished. 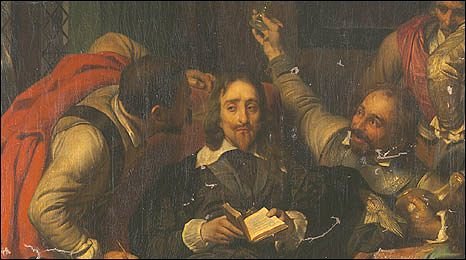 For the only individual who has a right to say anything concerning the efficacy of the old sublimated kingdom is he who truly did know and love the Lord of it best; the God who is, in fact, still very near: as enemies are always more intimate than friends; they who stalk each other as shadows, they who are the other’s shadow and could not exist but by the glorious gleam of their opponent’s sword.