The Philosopher’s astutest gift has always been his greatest curse: eyesight. That he sees too well, and broadly – and therefore much.

Even for him are eyes the most deceptive organ. Vision, as last among the infant’s faculties to develop chose – in order to compensate for its inferior rank – to empty itself of the delicate subtlety that characterized its brothers and sisters in favor of lurching towards that which it believed could guarantee the greatest allocation of energetic resource in the shortest amount of time with the least protest from the suckling babe; that which required the perceptions of the eye to stand opposed to the beautiful synchronicity of the other senses: ostentatiousness, the allusion that sensual grandiosity equates to metaphysical truth, and panoramic awe to unalterable reality. By this did sight necessarily become the loudest and neediest, the rudest, most sensitive, hysterical, ill-mannered and, above all, most mendacious of man’s faculties, deceiving the young child with the false assumption that he or she needed it beyond all others to linguistically survive:

See, little one: don’t I allow you to move about this curious and wonderful world with ease? Without me, how would you pursue – and finger – that which you truly desire and most surely deserve?

By the time one is old enough to realize what’s going on, it’s far too late: the foundation of his very language as well as the currency of thoughts are inextricably wed to the aesthetic symbolism he unconsciously extracts from the objects of everyday sight, none perhaps more dependent on – and vulnerable to – these objects than the Philosopher himself, he who “gazes” continually into the imagistic heart of things, be they material or not.

How alien and strange must the mental world of the blind be to the man who “sees”, especially those blind from birth who know only the “dog” by its bark and texture of ear: here’s one soft and downy, and this one coarse; this one rigid and that one floppy – oh! who can make sense of what a dog actually “is”? Such diversity in a single species!

In much the same way must the Commoner’s world seem to the Philosopher, the former whose endless grope upon the braille of history will forever remain mere bumps to him, lettering that the Philosopher, even if he wished it were not so, cannot keep from divining whenever his fingers graze; divinations which limit the development of his overall aesthetic to the shortcomings of literal short-sightedness. For to continually expose one’s self to the unmitigated linguistic essence of things naturally depletes the sensitivity of man’s other faculties. Like the blacksmith whose face is leathered by the intensity of the furnace and nostrils deadened to any other odor but smoldering coal, so potentially go the emotions of the Aesthetic who stares too longingly into the glory of the sun, as is often his habit – and bane. 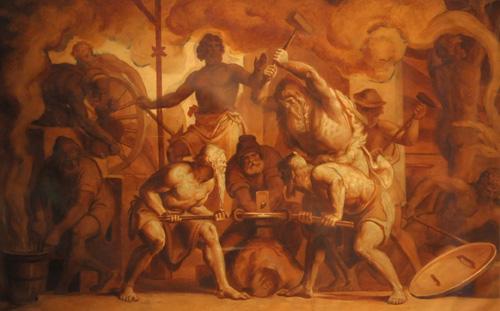 When his sensual numbness matures to the degree that the “Great and Terrible” become as routine to him as butterless bread and tepid water; when the artistry of his delicate metalwork grows so laborious that he’s unable to bring any thought to completion for ache of hand and head, the Philosopher’s only resolve is to turn his face from the flame of malicious honesty by way of “generalizing” the intricacy of what he grasps into nice easy truism and expedient formula, assumptions that always end in dogmas written on hearts of stone.

From the beginning, the Philosopher’s sin has been his lust for aesthetic glory on the one hand and, on the other, the consequences of that lust which manifest in an exhausted leniency toward what is common, easy and convenient within; a willingness to compromise and appease that ever-menacing Will to Decadence that continually subverts his every move forward with the likes of:

Friend, you’ve been working so hard, why not take a break? Rome wasn’t built in a day, after all. Here, try this wine of unmixed rhetoric to ease your dialectical cares. Who else but you – oh, man of history – deserves the right to declare “alas, all things must truly be cyclical”, which is to say, “perishable”, or “to be rolled like a scroll” in “the way that things will”, which is to say, “the way things ought”, “the way things should” no doubt, namely, “for the good”. 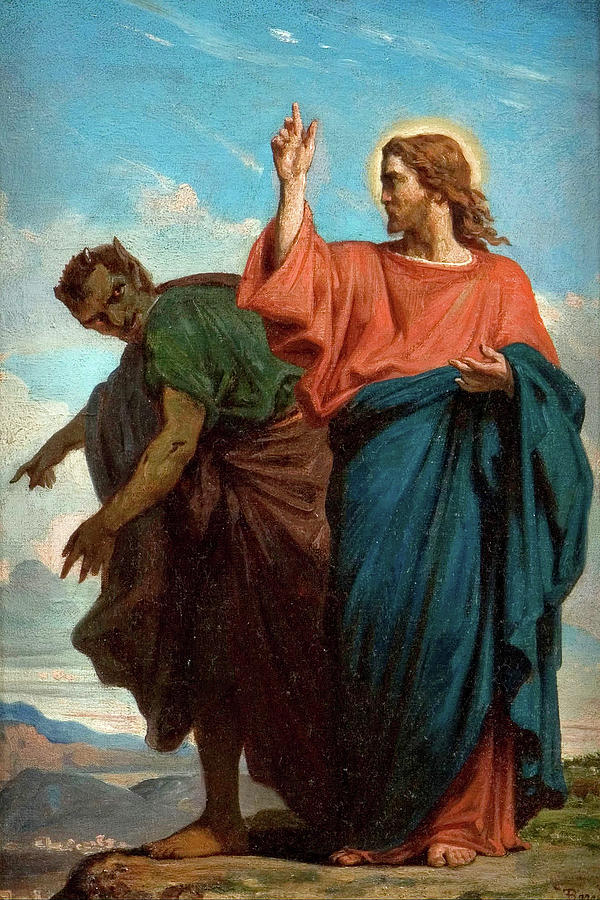 The Temptation of Christ by The Devil, Felix Joseph Barrias